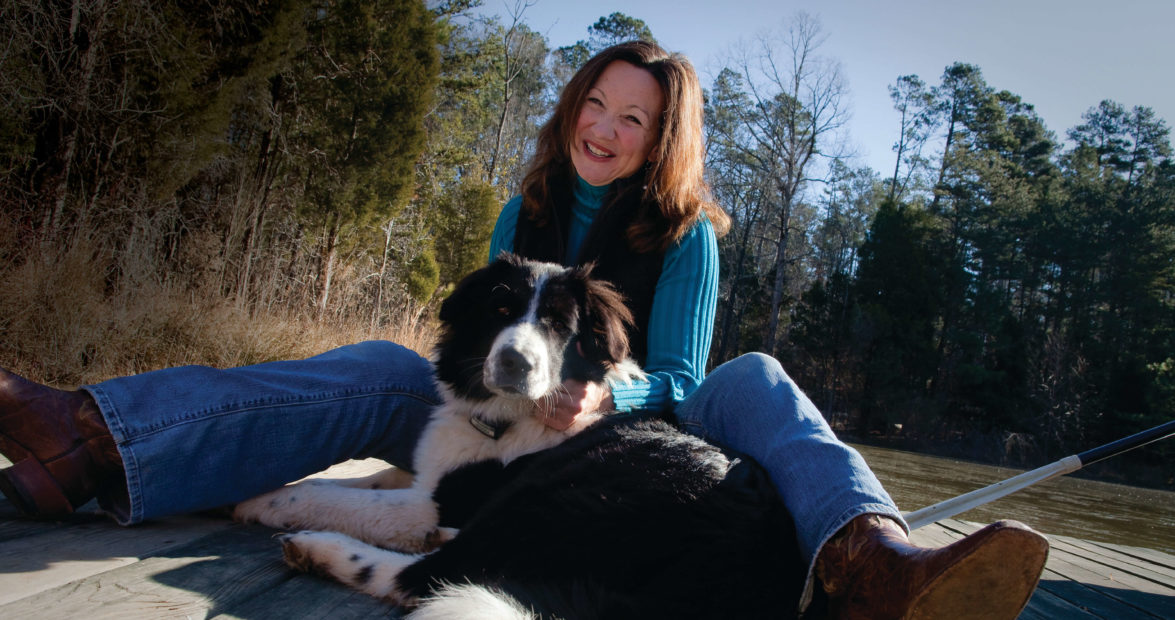 EDITOR’S NOTE: This story originally appeared in the March 2010 issue.

No matter where Jill McCorkle sits down to write — whether in Massachusetts or Hillsborough — she begins in her hometown.

She grew up learning about the Great Depression from her grandmother, “chasing the mosquito truck” with the neighborhood kids, and listening to stories from elderly relatives.

“I loved hearing the stories, and nothing got my attention better than when two people told two very different versions of the same story,” she says. “Early in life you start to think, what is truth? And how do you understand truth, and how do you determine truth?”

McCorkle’s fiction often shows characters forced to take a good look at the reality of their situations; this is especially true in her collection of short stories, Going Away Shoes (see review). Whether being stuck as a caretaker for a sick parent, facing divorce, or dealing with a busted septic tank on Christmas Eve, the women in her stories must come to terms with decisions they’ve made in the past and the way things are now.

“I’ve always had characters dealt a not-so-great hand, with the hope that they will come to some level of acceptance or understanding of what’s there so that they can, in fact, move forward,” McCorkle says.

The younger characters often help the adults do just this. “It’s very hard to just throw it all away and discard time if there is this person who means the world to you,” McCorkle says. “So, it is a reality check.”

In turn, parents and teachers have a responsibility to those children, McCorkle adds. The idea of the right grown-up at the right time turning a kid’s whole life around is something she has explored in many of her works. She’ll never forget the day her third-grade teacher mounted her poem on the school bulletin board. “It was the first time I ever saw my name in print, and I liked what I saw,” she says.

‘Good to get home’

Award-winning author Max Steele, McCorkle’s first fiction teacher at the University of North Carolina at Chapel Hill, placed McCorkle in Lee Smith’s fiction class at UNC. From there, she studied under Louis Rubin, founder of Algonquin Books. “I was in the right place at the right time, and it sort of just evolved,” McCorkle says. “I feel very lucky.”

Going Away Shoes is McCorkle’s ninth book of fiction and her fourth collection of short stories. She began writing the stories around 2001, while living in New England and teaching at Bennington College (she had previously taught at Harvard). Four years ago, she moved back home to teach creative writing in North Carolina State University’s new Master of Fine Arts program.

“It felt really good to get home,” she says. “I wish we’d get a little more snow. I’m in that minority of people who never got tired of the snow. I think I just craved it so much as a kid growing up.”

Her son and daughter grew up in New England, and McCorkle said she started early trying to “Southern them up,” feeding them grits and country ham, which they love.

While McCorkle considers herself more of a “contemporary” writer, covering issues that are not necessarily limited to the South, she has no problem with being labeled a Southern writer.