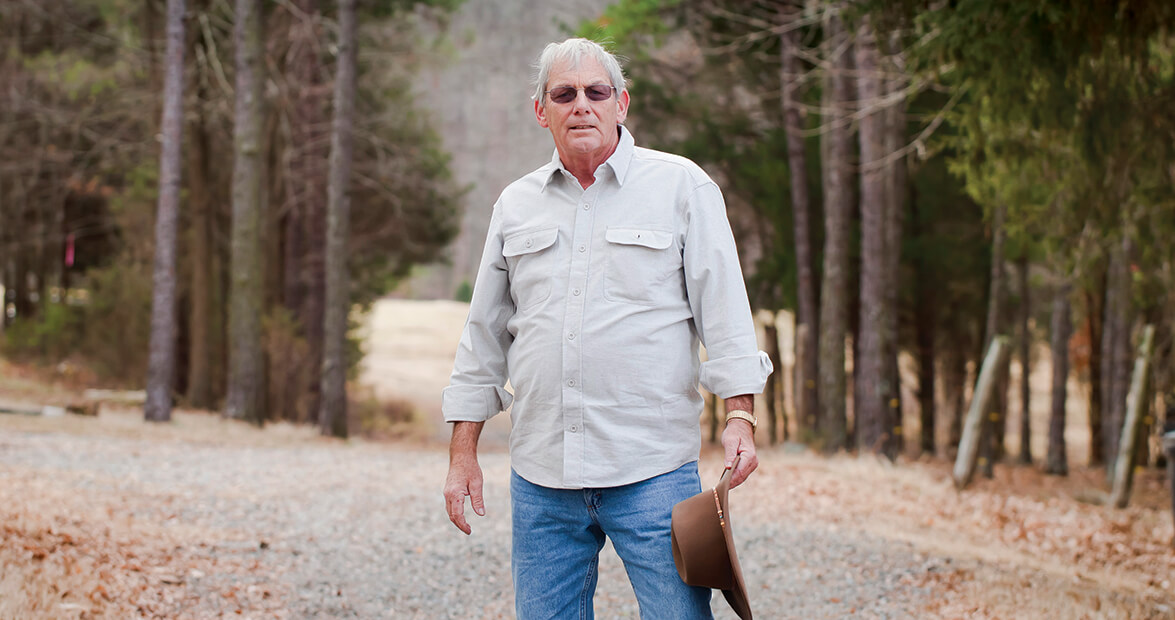 Jim Avett is every bit the proud father, but not for what you expect. Ask about his two sons, Scott and Seth, and the first thing he mentions isn’t their chart-climbing feats as The Avett Brothers, the folk-rock band from Concord.

“I’m proud because they still help me with the hay,” Avett says. “We still square-bale, which is very labor-intensive. Sometimes they miss it because they’re on the road so much, and they feel bad about it. But it’s something to be proud of. When you’ve loaded up a barn for the winter, it looks good and smells good. Nothing better than that.”

Avett now has less time for farming himself, ever since he revved up his own long-dormant music career. For most of his 63 years, Avett treated music as a hobby instead of a profession. But at an age when most people contemplate retirement, he released two albums and played 50 dates a year.

Avett grew up in the North Carolina foothills, about 40 miles away from Doc Watson’s home (“And he wasn’t even the best guitar player in the mountains,” Avett says with a laugh). After high school and a half-hearted stab at college, Avett spent four years in the United States Navy during the Vietnam War followed by two years as a social worker. Then he started welding, a job that supported his family for 35 years and took him as far away as Alaska.

But Avett always knew he’d wind up back in North Carolina. And in the late ’70s, he packed up the family and moved back here from Wyoming. He knew he’d never give up music, either. Avett’s father was a preacher, and music filled his wonder years. “We sang at home, in the car, in church,” Avett says. “It was important time together. I grew up with the gospel influence. Not honky-tonk gospel, Methodist gospel.”

Country and rock crept into the picture when Avett turned 13, got his first guitar, and learned three chords from his older brother. That experience led him to play in bands and write songs, but Avett pushed back any notions of a music career due to parental responsibilities.

After retiring from welding, Avett returned to music, and in 2008, he recorded Jim Avett and Family, a gospel collection with appearances by Scott, Seth, and their sister, Bonnie. It sounds like the sort of hootenannies that multiple generations of Avetts grew up with. You hear echoes of The Avett Brothers’ future sound, as well as the music they heard from their dad around the house — Merle Haggard, Bob Dylan, and Tom T. Hall.

“He gave us enough leash to make mistakes without destroying ourselves or being angry at him,” Scott Avett says. “That was very relevant to us gambling with the musician’s lifestyle, which is pretty uncertain. But he supported us always. He gave us the opportunity to do this. It’s been interesting to see him kick-start his own musical journey after 30-some years.”

In 2010, Avett released Tribes, a record of original songs with highlights such as the murder ballad “Naomi” and the drunkard’s lament “Fight With a Bottle of Booze.” Yet Avett remains the preacher’s kid he’s always been, not singing so much as testifying about romance gone bad or passions running high.

That gospel bedrock is never far from Avett or his sons. The Avett Brothers acknowledged their father’s influence with the lyrics of their 2007 tune “Murder in the City.” In the song, Scott wonders, “Which [brother] our parents loved the most?”

A tear fell from my father’s eyes.
I wondered what my dad would say. He said, “I love you and
I’m proud of you both
In so many different ways.”

“I laughed the first time I heard that,” Jim Avett says, “because it’s something every child feels. You love kids as much as they need. Not equally, just however much is necessary. Some need more than others. My kids think more of me than they probably should because I didn’t do anything any daddy wouldn’t do for his kids.”

That includes encouraging his sons to work as hard as he always has — a lesson they took to heart.