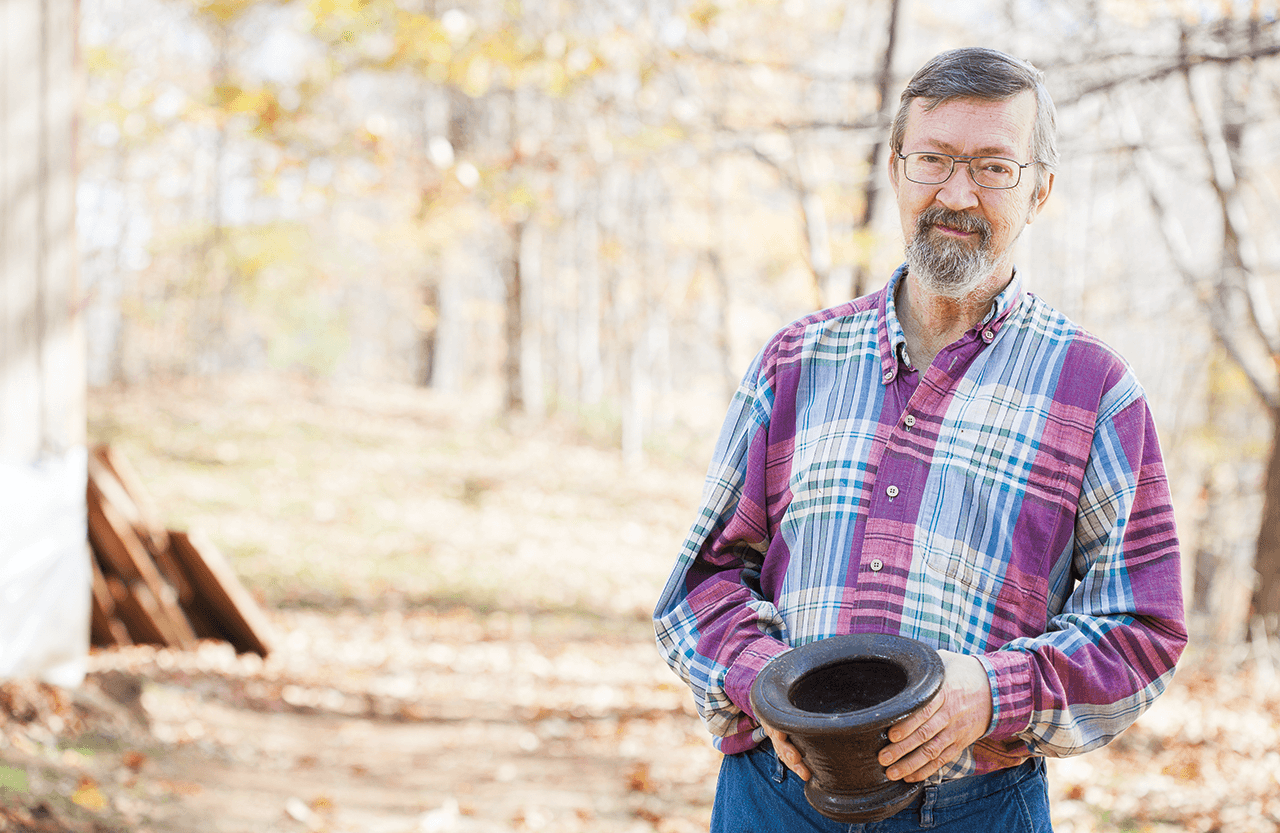 The weather’s temperamental in the Southern Appalachians, where storms entangle themselves on peaks and ridges. In Ashe County, a set of counting beans tells Creston resident Joe Mullis what the skies will do come winter. He tallies the foggy mornings through August, placing a small bean into a jar for each light fog and a large bean for each heavy one, the sums figuring into his forecast.

“They’ve called it hokey, and they’ve called it baloney, and they’ve said some real other words that I wouldn’t use in my house,” he says. Yet many believe him, especially since he predicted the freak-cold winter of 2009 and ’10. He called it way back that summer, when he saw a black squirrel and a score of other hints in the woods outside Boone.

Joe’s 67 now, and he has known the signs since he was a child. The dark-haired mountain woman who foretold the snows of 1960 made him believe. Few listened to her when she warned a skeptical community to prepare, but Joe’s mother hustled the children home before the storm arrived. That year, snow filled the valleys for weeks, forcing people to tunnel to their woodsheds. “When the wind blowed, it was bitter cold,” Joe says. While he was trapped inside, he decided to learn what the dark-haired woman knew.

When the mountains thawed, Joe hiked to meet the grannies in the hollers above town, packing gifts of candy and snuff. They were guarded at first: The tradition of reading signs and counting beans had been passed down from generation to generation for centuries. The elder women noticed Joe’s love of the woods and his ear for the old ways, so they showed him how the fog hangs and the sweetgrass twists before a harsh winter. He may have been the last of the old women’s students, and he worries now that we’ll lose the language the mountains speak. So he tells his son the signs, and together they watch for winter.