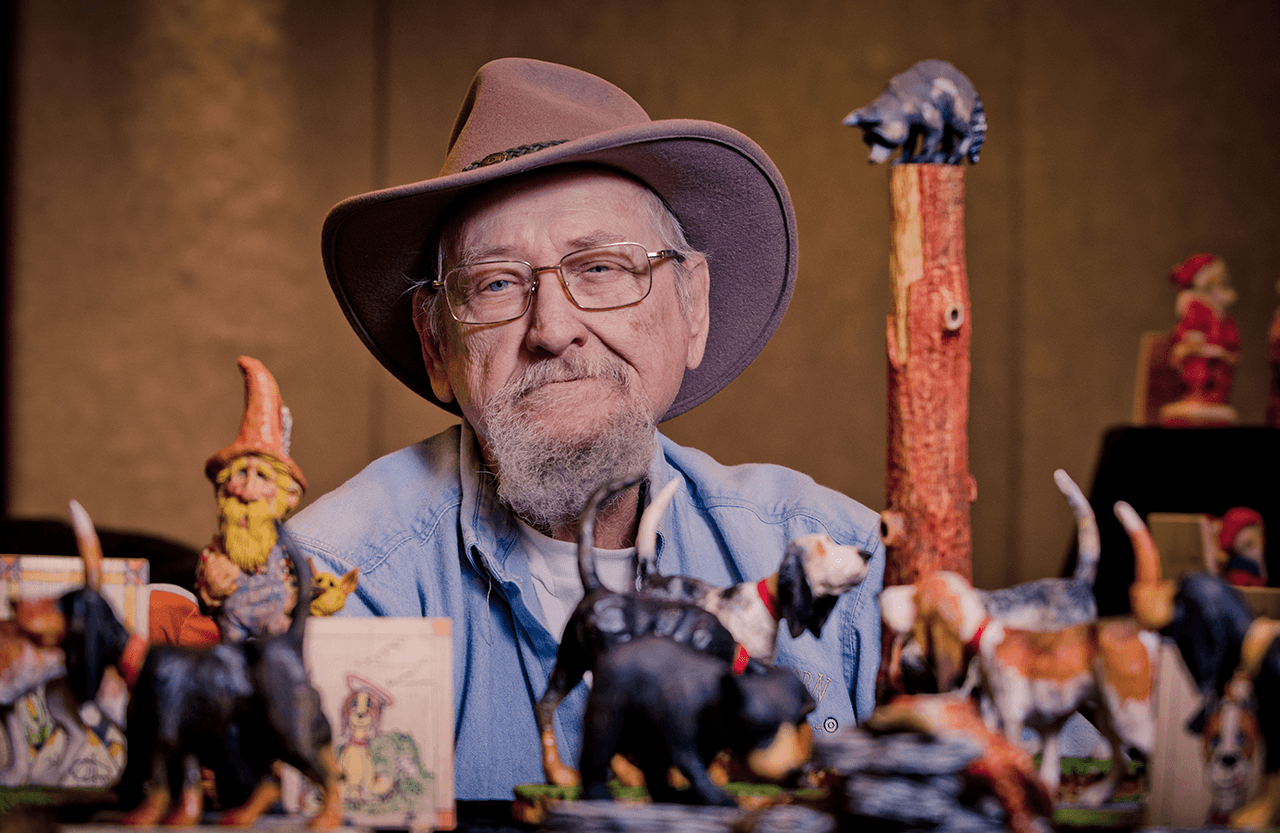 As a young man, Spruce Pine wood-carver Tom Wolfe spent his days in the cockpit of a crane at a West Virginia steel plant. He’d bring up scrap pine, and when the crane wasn’t needed, he’d spend his time carving. He was the son and grandson of carpenters and carvers, and he’d been making little hound dogs and characters for decades.

One day, Wolfe’s boss told him to stop. Wolfe had been wondering whether he could make a living carving, so he said, “You made up my mind for me,” and gave his two weeks’ notice. A decade later, he was at the North Carolina State Fair, selling small wooden hound dogs for $25 apiece. By the third day, he’d sold out. So he took some pine shelves, sawed them down, and set to carving again. There were people by his side all week, waiting for their little dogs.

Wolfe, now 77 and a lifetime member of the Southern Highland Craft Guild, has been at it for 46 years. He’s written 53 books. He knows carving, and he knows pine. Many artisans avoid pine for the way it splits, but this master carver doesn’t shy away. Some people only buy Wolfe’s work in loblolly pine, a tricky material due to its bands of soft growth. Wolfe prefers white pine’s straight, even texture. He can work faster in white pine, which has fewer surprises — no hidden knots.

Really, though, he prizes pine’s availability. “What’s the best kind of wood to use? Free,” Wolfe says. Pine’s everywhere. Still, each piece gets respect. You have to find the way the wood wants to work, the way it’s been shaped by weather and sunlight.

“No two alike,” Wolfe says of his work. “I couldn’t make two alike if I wanted to.”