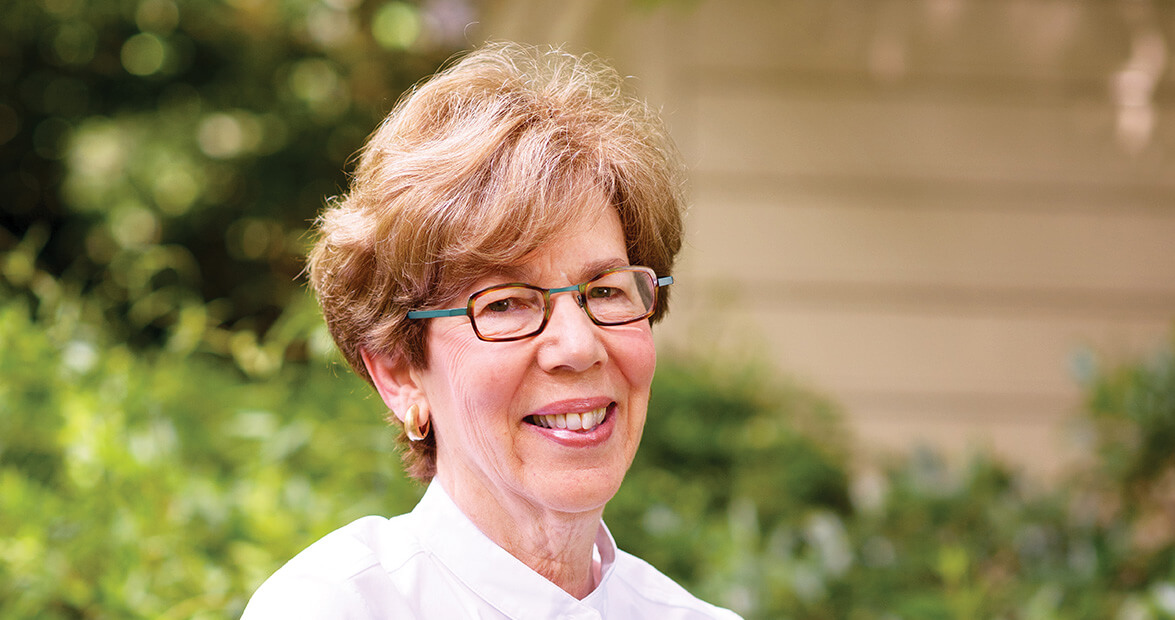 The words of Judy Goldman weave in and out. Memory, reflection. Joy, turmoil. Poetry, prose.

That’s how writing a memoir is, she says. You have two plots that crisscross. The vertical plot requires you to go deeper inside yourself to understand your own patterns of behavior and thinking. The horizontal one reaches out, linking cause and effect.

In her recent memoir, Losing My Sister, Goldman explores the subject closest to her: her family. Her complicated relationship with her sister, Brenda, was the story she’d wanted to tell since publishing her first novel about sisters, The Slow Way Back, more than a decade ago in 1999. But she wasn’t sure if she could come out from behind the veil of fiction, or if she should.

“Do I have the right to tell this story?” she asked herself. “These are other people’s stories, too. Am I embellishing or censoring? All I can do is try to tell the truth as I know it.”

As children, Goldman and her sister were raised to be close, weaned on stories of their mother and her two sisters, and of their grandmother and her sister before that. There was mutual adoration between Goldman, the “sweet” sibling, and Brenda, the “strong” one, but their relationship was strained as they grew up and out of the roles they’d long occupied.

But writing helped Goldman. She’d recorded nearly everything since she learned cursive at 8, filling the blank pages of her diary top to bottom. She started writing seriously in her 40s, a pursuit that helped her cope with the death of her parents and eventually, to understand her relationship with Brenda — the good parts of it as well as the bad.

She began writing Losing My Sister during the end of Brenda’s battle with bile duct cancer. For four months she spent every day with her sister, and in the evenings she put memories both joyful and sorrowful on paper.

“I was writing through my grief,” she says. “This was a public way of grieving. I delivered the eulogy at my sister’s funeral — this was like that.”

Still, she had reservations about publishing the book. She knew there would be people who’d question her decision to be so open about the details of her life.

But her husband, Henry, convinced her to move forward. “He knew how important this story has always been,” she says. “Even when I had doubts, he didn’t have doubts. He thought it showed love.”

Writing has long been an outlet for Goldman during troubled times. It’s helped her understand and appreciate her relationships. With age, she says, has come the permission she’s granted herself to be honest, and to discuss the difficult things. She doesn’t believe in sermonizing in her books, but she hopes Losing My Sister will bring her readers and their siblings a little closer.

“If there were a message,” Goldman says, “it would be that I hope sisters can overlook the small differences between them. The relationship is what’s important.”

The message means something to Goldman’s readers. In a recent email to Goldman, one woman wrote about how she’d been estranged from her sister for a number of years. After reading Losing My Sister, she bought a plane ticket to Detroit to see her.