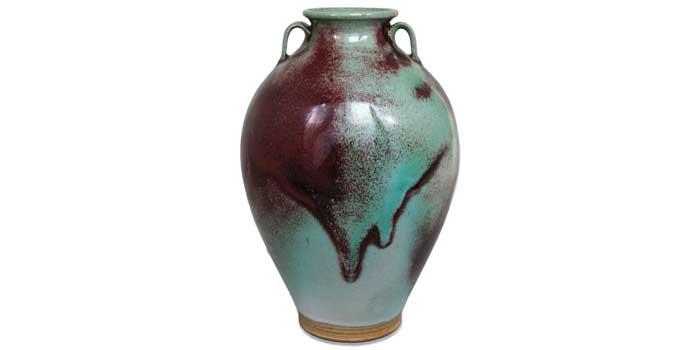 A green state highway sign on a country lane in Moore County identifies the place: Jugtown.

A hundred miles west, a state historical marker beside N.C. Highway 10 in Catawba County commemorates the “pottery industry.” According to North Carolina’s historical marker program, the “original” Jugtown was located to the east of Corinth in the southwestern section of the county.

And 75 miles west of that spot, a Buncombe County map issued by the North Carolina State Department of Transportation, shows another place, about nine miles east of Asheville and just north of Interstate 40: Jugtown.

Three places in the Tar Heel state assumed the name Jugtown, a testament to the state’s tradition of transforming wet clay into things that are useful and beautiful.

Some families — namely the Stones and Penlands — have made pottery in Buncombe County for 100 years. Today, pottery still flourishes here.

In 2010, Buncombe County potters made up half of the artists at an exhibition in the North Carolina Pottery Center in Seagrove. The exhibition included the historic works (some pottery dated to the mid-1800s) of Edward Stone, John Henry Stone, Joseph S. Penland, William Marion Penland, and Cash Penland. The five potters worked at the Buncombe County Penland Pottery — also known as Jugtown.

A post office called Jugtown operated in Catawba County from 1874 to 1906. Amon Johnson and his son Wade, both potters, were the postmasters.

The “original Jugtown” in Catawba, near the counties of Lincoln, Cleveland, and Burke, made and distributed millions of jugs. Many jugs kept homemade liquor brewed in stills across the state. In 1959, the Lexington Dispatch wrote about the area’s hard times. “The big blow that hit Jugtown of Catawba fell in 1908, fifty-one years ago, when North Carolina outlawed the manufacture of jugged liquor.”

But pottery making did not die here. The tradition continues every spring during the Catawba Valley Pottery and Antiques Festival.

Travel down the gravel drive off Busbee Road (which is about 2.5 miles off N.C. Highway 705, The Pottery Highway) and you’ll find a cluster of log and wood-frame buildings. Potters Vernon and Pam Owens, and their son, Travis — the fifth generation in his family tree to ply the trade — turn out wares here like potters have done since the early 20th century. This year marks the 90th anniversary of the round Jugtown Ware stamp.

Raleigh artists Juliana and Jacques Busbee founded Jugtown Pottery after they fell in love with a bright orange pottery plate with green flecks that they found at a Davidson County fair in 1915. They traced the piece to Moore County, where they started Jugtown.

The Busbees hired local potters to make utilitarian wares to sell, first from a tearoom and craft shop in Greenwich Village, New York, and later at the current site. The first potter they hired was J.H. Owen, Vernon Owens’s grandfather. Jacques Busbee introduced an Oriental influence in form, shape, and glazes, as well as the idea of producing decorative pieces.

People credit the Busbees for reviving a dying folk craft, but by the early 1970s, only six potters remained in Seagrove. Vernon and Pam Owens continued their family tradition, and today they’re part of the more than 100 potteries in Moore and Randolph counties. The Busbee’s Jugtown Pottery is one of these businesses and was added to the National Register of Historic Places in 1999.

Chip Womick writes for The Courier-Tribune in Asheboro and is the author of Remembering Randolph County: Tales from the Center of the Tar Heel State. Chip’s most recent story for Our State was “Choice Cuts” (December 2011).