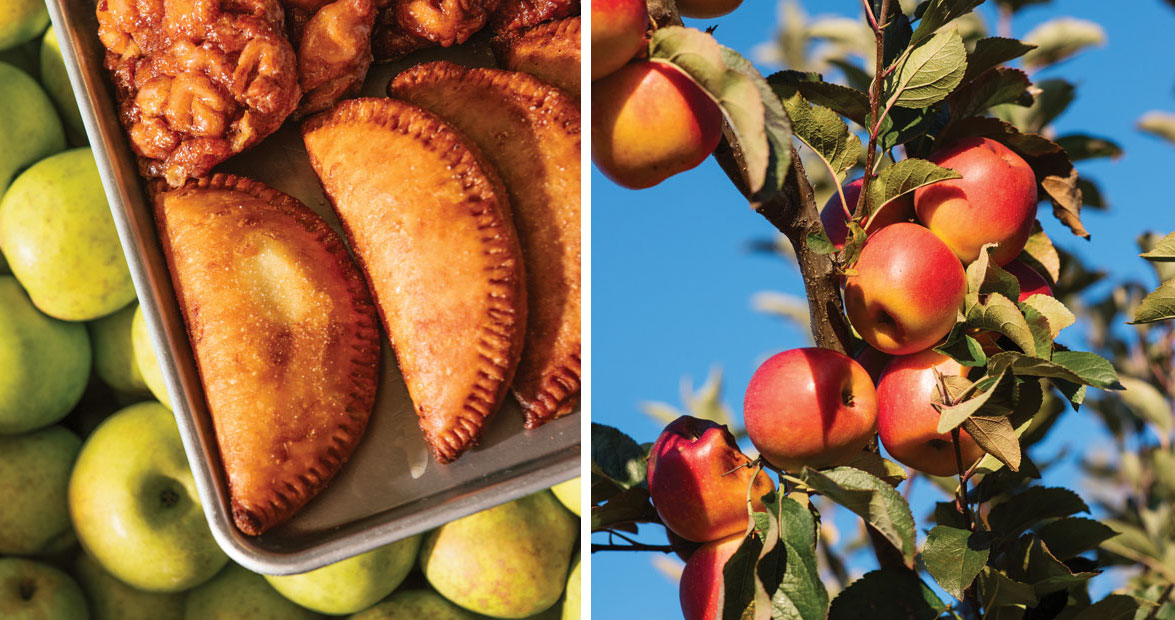 A wide dirt driveway curves around stately rows of apple trees. Beyond a leafy orchard, peaks rise in the distance, dark blue in the predawn light. Mornings start early at Justus Orchard, and not just in the field. Work in the farm’s bakery often begins before sunrise. Owners Don and Margo Justus know the wake-up calls can be tough, but they’re also one of the joys of cultivating this hilly land. It’s hard not to be enchanted by the crisp air, the rolling mountains to the west.

And the sweet, irresistible smell of cider doughnuts and fried apple pies. The cinnamon-coated doughnuts, a longtime tradition at Justus, roll off the conveyor belt in front of customers; the hand pies are one part Mutsu apple and one part nostalgia, and these days, it’s hard to find them anywhere else. “You just think back to what your grandmother may have made in the skillet,” Margo says.

Justus Orchard is, and always has been, a family affair. Don’s great-grandfather began growing apples more than 100 years ago, and for the next century, Justus grew apples for large companies like Gerber. In 1967, Don’s mom and dad began selling apples directly to customers, too, and soon invited visitors to pick their own for the first time.

When Don and Margo took over in 2006, they completed Justus Orchard’s shift to family-friendly agritourism farm, and today, in addition to 17 varieties of apple trees, they have pick-your-own blackberries, a petting zoo, horse-drawn hayrides, an on-site barbecue joint, and Apple House Bakery, where, in addition to their famous doughnuts and fried hand pies, they offer apple fritters, caramel apples, and whole apple pies. 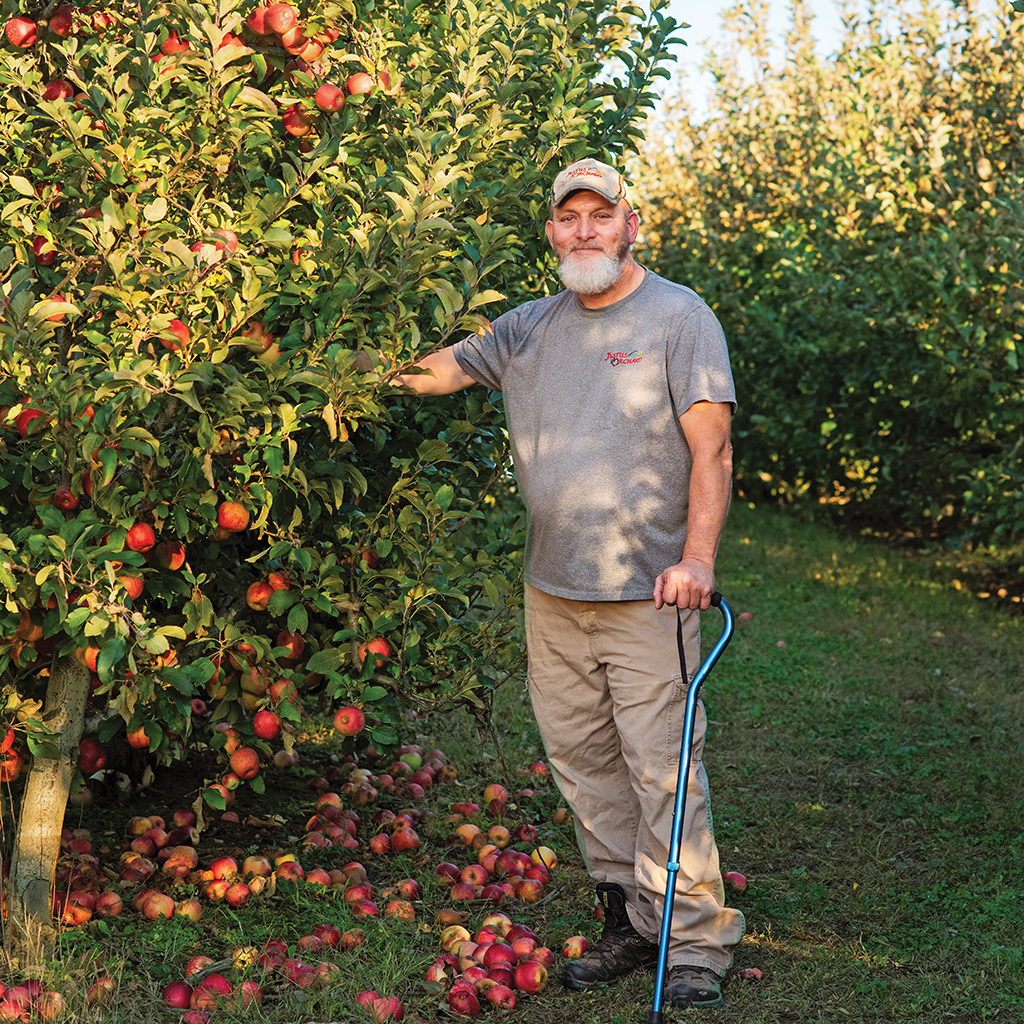 Don Justus believes in tradition: At Justus Orchard, the fried apple pies are made by hand, with fruit from his family’s land. photograph by Jack Sorokin

“Growing a crop of apples is a yearlong thing,” Don says. The orchard requires care even in the winter, and with 30 acres, that’s no easy task. “We try to touch every tree,” he continues. “We’re not complacent.”

It’s work that requires an abundance of patience: Don’s grandfather often waited years to see the fruits of his labor — after they’re planted, apple trees take up to 10 years to start producing. And while the wait time for the harvest is significantly shorter now, the apples ripening each fall is just as magical.

The trees are lined up one after another, and each row has a wooden sign identifying the kind of apple growing in it: Candy Crisp, Gold Rush, Ambrosia, Cameo, Granny Smith, September Wonder, all hanging heavy in shades of green and pink and red. But a day at the orchard means more than just filling up a basket. “It’s about being out in the country, being around animals, seeing the beautiful views,” Margo says.

From July, when the blackberries ripen, through the end of October, when the Arkansas Black apples fall right off the branch, the orchard is alive with activity. Visitors spread picnics out by the pond, stand in line for doughnuts, sip cider, and wander through the orchard, pulling overflowing wagons behind them. For many families, it’s become a favorite fall tradition.

And despite the hard work, Don and Margo love the buzz and chatter that comes with apple season, the energy of children bouncing between rows, filled with wonder. “I love the excitement of young kids as they’re coming back out of the orchard after picking a basket of apples for the first time,” Don says.

Like the generations that came before him, and the families who return here year after year, it’s a tradition he treasures.