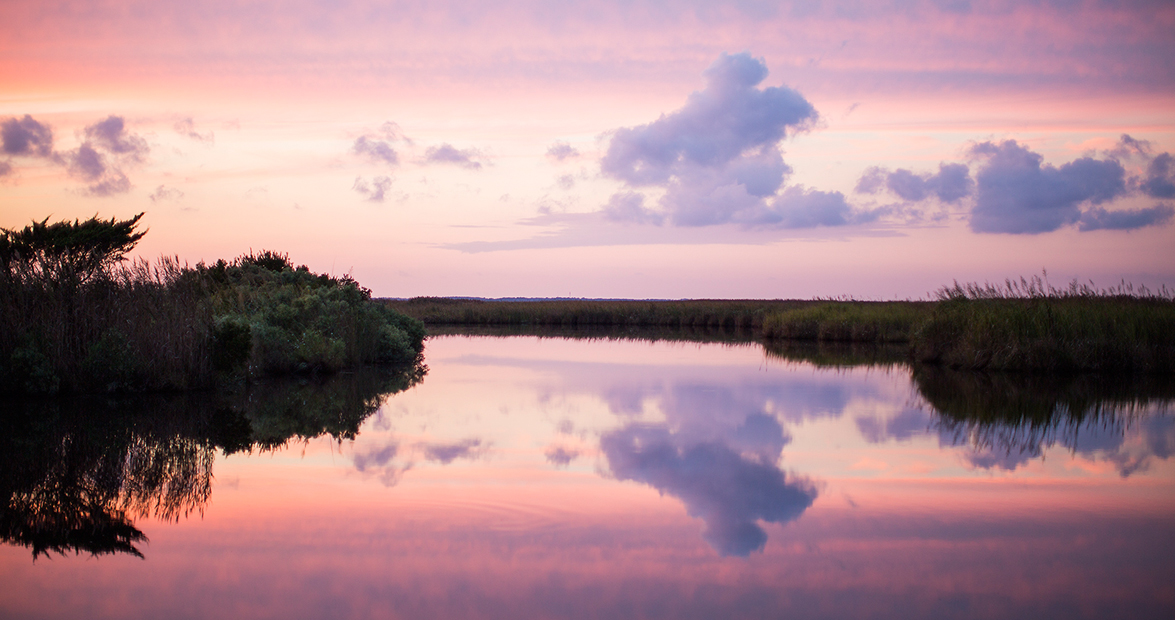 Each weekday morning, it’s the same here as it is anywhere — well, to start anyway. Students pile onto the school bus with their arms outstretched in all-consuming yawns, their eyes gazing at the sun as it rises. But here’s where it’s different: To get to their classroom seats, the children who live on Knotts Island must first cross the Currituck Sound.

The bus pulls onto the ferry, from which its passengers can enjoy views of lapping grey-blue waters and seagulls flying overhead. In many ways, the ferry sets the pace of life for Knotts Island, which is actually a peninsula that North Carolina and Virginia share, spanning about seven miles long and two miles wide. Wedged between the mainland and the Outer Banks, it occupies the northeastern corner of North Carolina as well as a unique space in our coast’s cultural identity.

Haven’t heard of Knotts Island? It’s easy to see why. Before the ferry was commissioned in the 1960s, the peninsula was a challenge to get to. Coming from the town Currituck, your only option used to be a 50-minute car ride that requires crossing the state line. Twice. Now the free ferry conveniently runs back and forth six times a day — five times in the summer and on weekends — but in just as many minutes as it takes to drive. 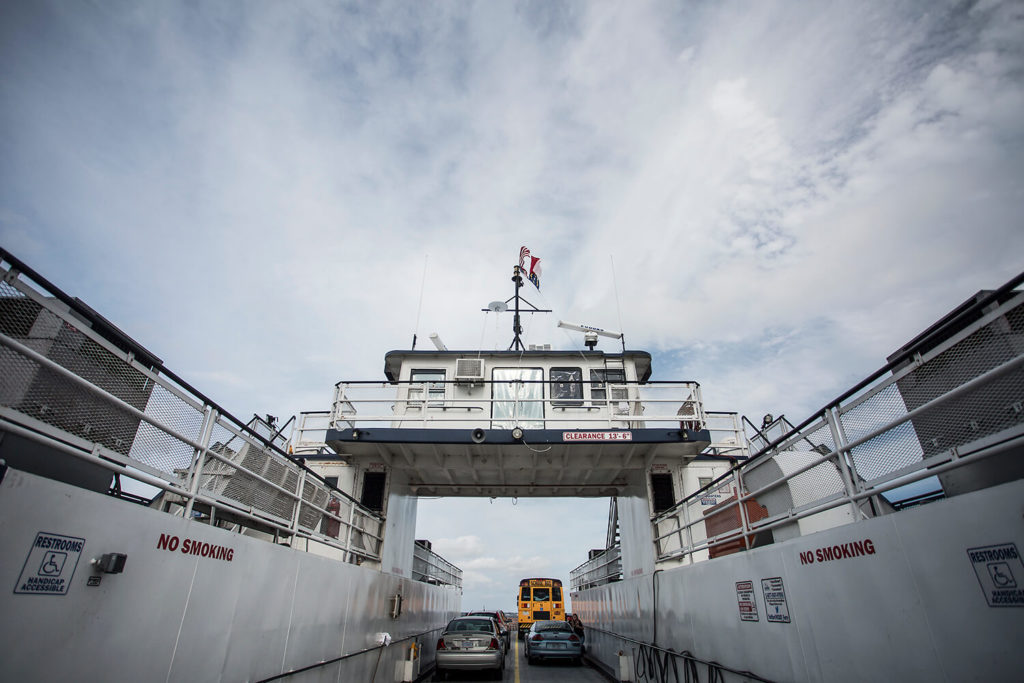 No matter. For its some 2,100 residents, life is best enjoyed slowly on Knotts Island.

With the exception of college and nursing school, Jane Brumley has lived here her whole life. Her husband’s family is from here, too. When you ask her about the lack of grocery stores and dependable cellphone service on Knotts Island, Brumley flips the question on its head. Why should those things take priority anyway?

“A lot of people come here when they find the inconvenience of modern necessities,” she says.

Meaning that restaurants, entertainment — Walmart — can all be distractions from something bigger, which is …

Solitude. Sunsets like you’ve never seen. Swans, ducks, and geese that have discovered Knotts Island to be a paradise for wintering waterfowl. All on this tiny, oft-forgotten piece of land.

Residents are willing to commute at least half an hour “uptown” to Virginia each day to work (which makes for a fun time come tax season) and medical care.

“I traveled back forth to Virginia Beach General Hospital for 40 years — not four — 40,” says Brumley, a retired nurse, with a chuckle.

Knotts Island only has an elementary school, which about 100 children attend. Middle and high school students are given the choice between taking the ferry or carpooling. Many kids vow to leave the day they turn 18, but find themselves back here, willingly, in the years that follow college. 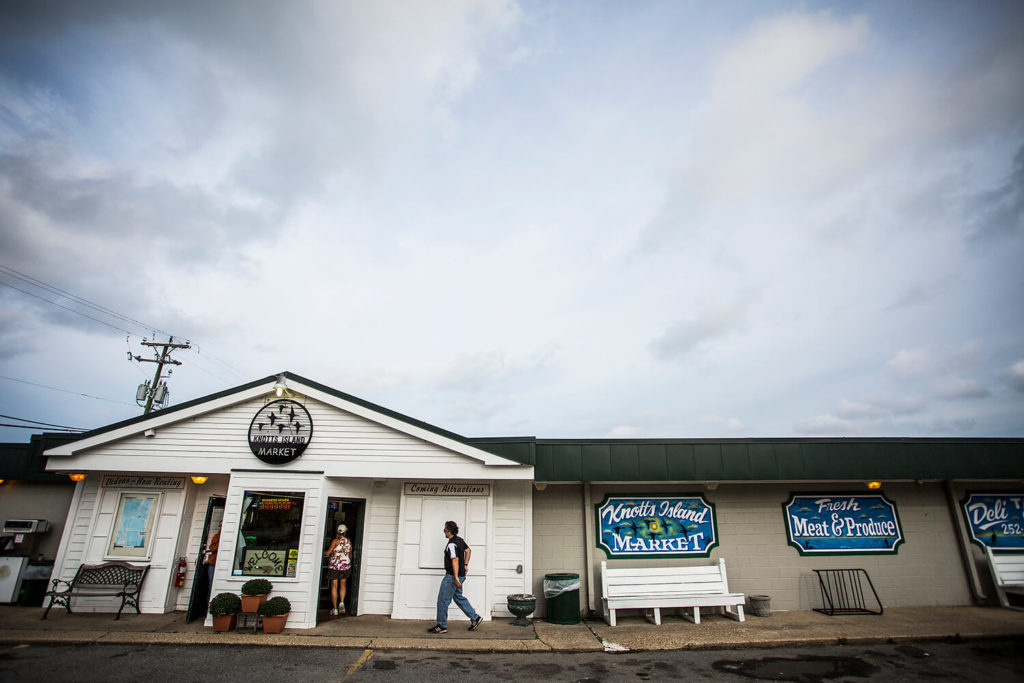 There aren’t any major chain stores on Knotts Island, but the Knotts Island Market has been in operation since 1855 and has had only had six different owners in that time. The place has an impressive assortment of beer and wine and sells fresh-cut rib eyes, but locals also know it as a hangout. Folks gather around the store’s tables to play dominoes and shoot the breeze. When the power is out or there’s an ambulance making its rounds, it’s is the first place people call for information.

Brumley remembers an early childhood when Knotts Island didn’t have electricity. She says that came in ’44 or ’45. Cable arrived in the 1990s. Decades earlier, The Virginian-Pilot newspaper was delivered by boat, but would arrive a day late.

Never one to pace itself with the rest of the state, the unincorporated community earned the nickname, “North Carolina’s Forgotten Child,” over the years.

The commencement of ferry operations in 1962 helped address whatever image problem Knotts Island had, though it’s hard to understand how a place with endless marshland and roadsides blanketed with Queen Anne’s lace could suffer from such a malady in the first place.

Pockets of the Outer Banks are still very much untamed, Knotts Island even more so. 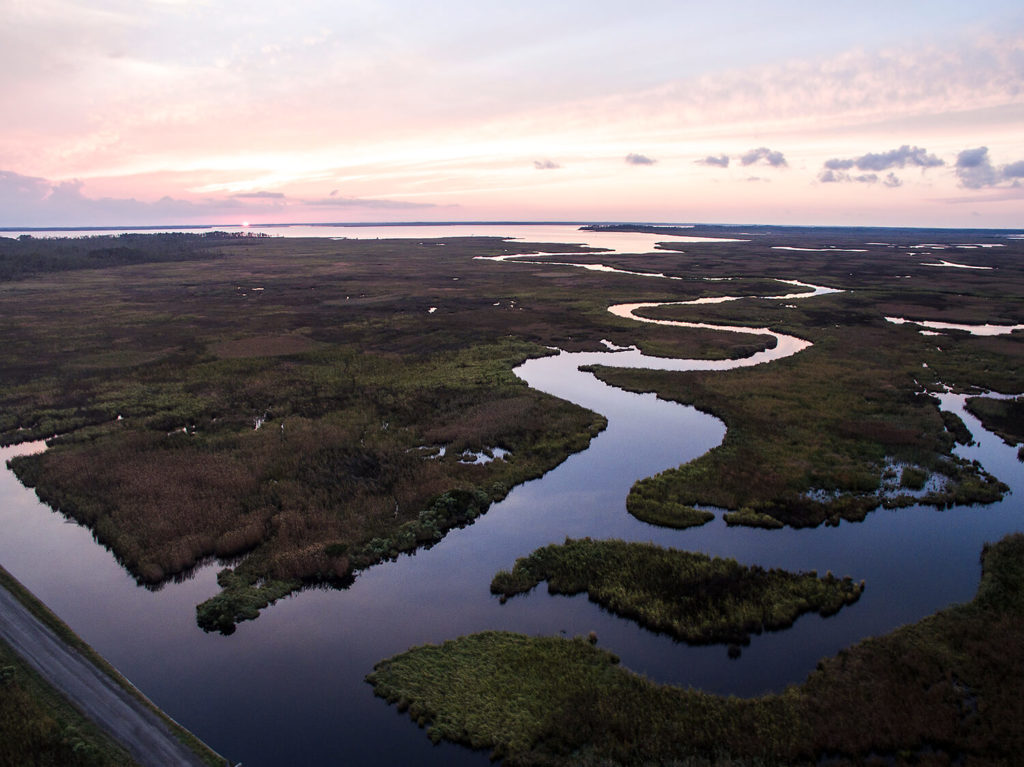 Several lavish hunting clubs popped up here in the 1920s. New York philanthropist Joseph P. Knapp owned one of the largest clubs in Currituck County, located on the western side of Knotts Island. When he died, the land changed hands several times before being converted into the Mackay Island National Wildlife Refuge, which accounts for about three quarters of the land on Knotts Island. 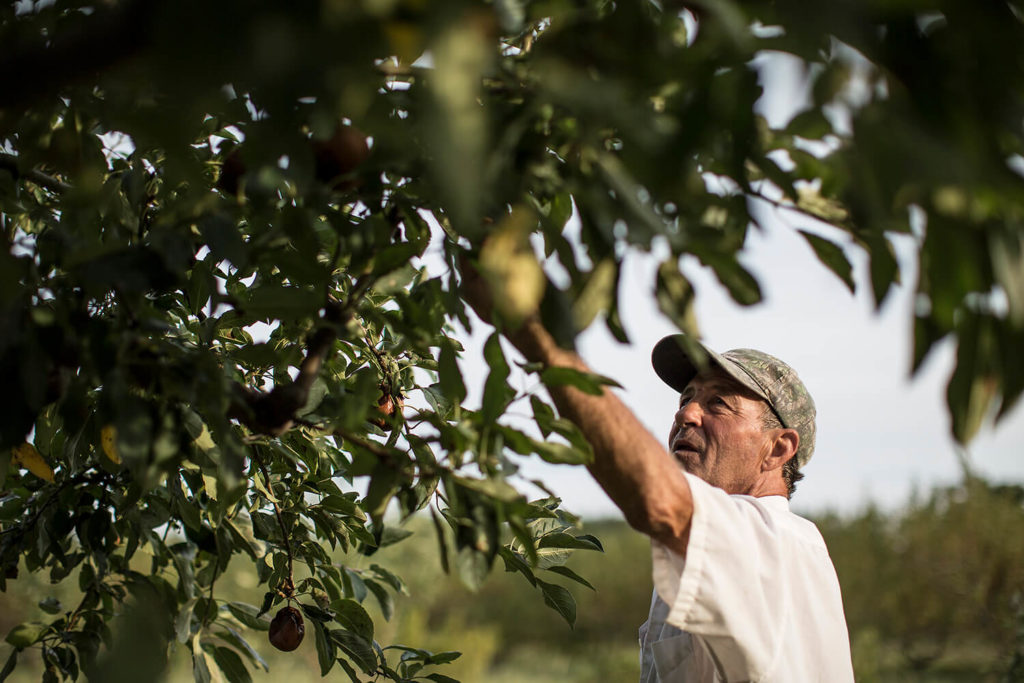 Amid the wilderness, there are a few things you wouldn’t expect to find on this sparsely populated peninsula. A Zen garden that hosts regular yoga classes. A winery, Martin’s Vineyards — not to be confused with Martha’s Vineyard, warns Wikipedia — that doubles as a you-pick apple and peach orchard.

Even though it is not quite as disconnected as the days when its residents had to pay extra to make a long-distance phone call to the county seat, Knotts Island endures as a frontier of unspoiled fancy. Just hop aboard the ferry, opt to stay on the deck, and let the breeze envelop you. Before you know it, you’re here.