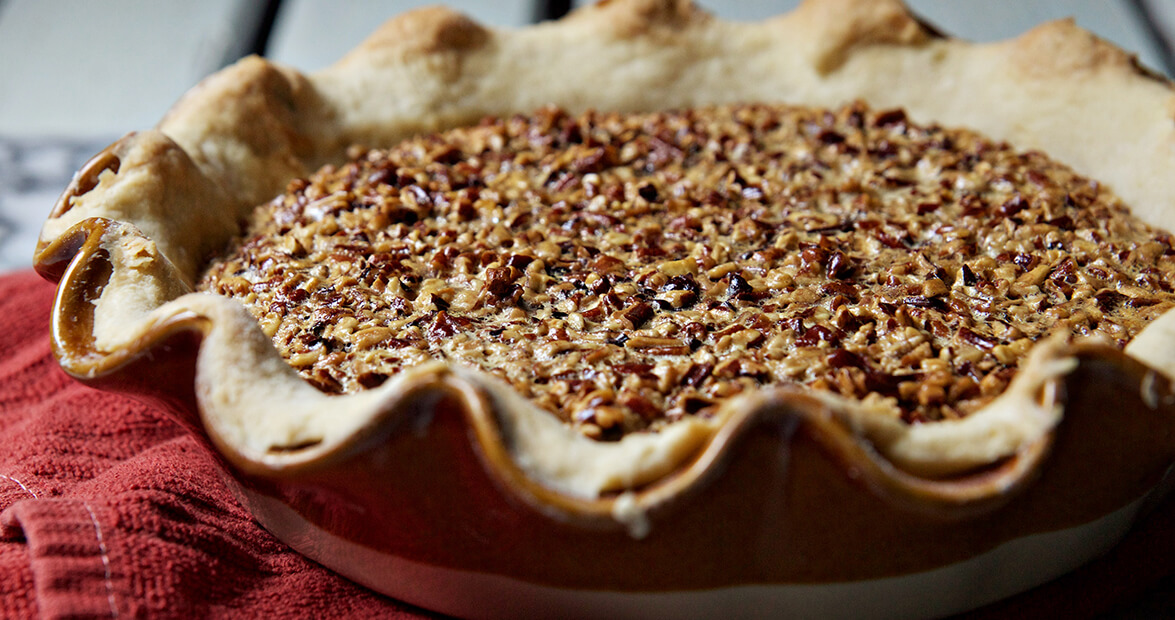 Paula Ellington’s parents, Bobby and Nita Whitfield, opened Bob’s BBQ on July 13, 1970, the day after their 17th wedding anniversary. Nita’s father, Bob Whitt, ran his own barbecue business in the ’50s. So when he and his wife, Ethel, decided to retire, Nita lured them to Creedmoor with the promise of helping her at her new restaurant whenever they pleased. Turned out, they wanted to help out a lot.

Ellington’s grandfather tended to the vinegar-sauced pork shoulder, while her grandmother baked pies — a lot of pies. Chocolate chess. Buttermilk custard. Coconut pineapple. And Ellington’s sister’s favorite: classic pecan. “It’s a very traditional recipe,” Ellington says. “Nothing hokey!” The pecans — the family swears by pieces rather than halves — came from Georgia. But beyond that, well, it’s a family secret — “and we don’t give it out,” Ellington adds. She and her sister Carla Mangum led the business for more than 20 years. Last fall, they decided to retire. This, Ellington says, is when she realized just how many people cherished her family’s legacy. “We were the most loved and the most hated women in Creedmoor!” she laughs. “It was humbling. We’ve been very blessed these 47 years. And who would have ever thought we would be here that long?”

To try this pie, you’ll have to go straight to the source. But we’ve got home bakers covered, too. This recipe comes to us courtesy of Elena Brendt Rosemond-Hoeer’s 2015 Our State story, “Pecan Pie, Just like Grandma Makes It.”

For the crust: In a food processor combine flour, salt, sugar, and cubed butter. Pulse until texture resembles cornmeal. Add water, a little at a time, pulsing until a ball of dough forms. Place food processor bowl in the fridge for 1 hour.

For the filling: Melt butter. Add sugar, syrup, and salt and stir. Stir in eggs, one at a time. Add pecans and mix well.

On a floured surface, roll out your pie dough and transfer it to your pie dish. (I like to roll the dough onto my rolling pin and then lift it, sliding the pie dish underneath and setting the dough down into it.) Push it into your dish and pinch off any extra dough. Pour filling into the dish, spreading it out with the back of your spoon to make sure that the pecans are evenly distributed.

Bake for 35 minutes, or until the center is firm but not necessarily hard. (A little jiggle is good, but it shouldn’t be sloshing around in there.)