It lives on one of the Christmas boxes: a red macramé Christmas tree, flat, about the size of two place mats. My godmother, Paige, made it for me a hundred years ago when I was a kid, and when the time came, she made two for my younger brothers as well. She would tie presents to them each year, one for every day of Advent. By rule, only one gift could cost more than a dollar. We loved it, loved the anticipation, loved that something came every single day. 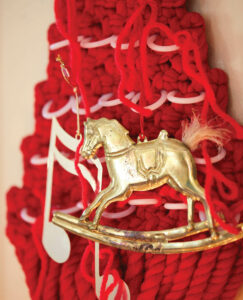 The author’s godmother, Paige, made this macramé Advent calendar for him when he was a boy and would tie 24 tiny presents — pencils, key chains, Matchbox cars — onto it for each day leading up to Christmas. photograph by Stacey Van Berkel

I don’t know if my brothers now use theirs as Christmas decorations, too, but come the weekend after Thanksgiving, mine hangs off our staircase, its brass rings empty but for a few remnants of the red tying yarn. I guess we could use it as our own family Advent calendar, but I don’t have the energy or the genius or even the logistical wherewithal to collect toys and trinkets all year, or to have 24 state-park pencils and snow globes and shooter marbles and kaleidoscopes wrapped and ready by December 1. Kid Christmas at our house has thus far been a much more frantic affair, with plush snakes and skateboard wheels and Book 16 of some endless epic cat-novel saga arriving via next-day delivery on December 23 — and that’s if we’re doing well.

Advent has stuck with me, though. In the rush to get the tree and decorate the mantel and ship books to far-flung cousins and ice-skate downtown, marking the season day by day, instead of as one long lead-up, matters. By December, we can at least hope that it’s turned cold in the Piedmont, and the days are pushing to be as short as they’ll ever be, and one wants, in the chilly dark, to mark something other than the radio stations shifting over to Bing Crosby 24/7. One wants to pull one’s people close after school or after dinner — if one’s people are so inclined — and take a quick breath.

I don’t know exactly when we started our family Advent calendar tradition, because time with two boys ages 12 and 9 has ceased to function even according to the laws I thought I’d figured out when they were 8 and 5. I think it’s been six or seven years now. Maybe it’s 10? I do remember the calendars themselves: one year a tiny chocolate candy behind each door; another, a too-intricate-for-my-kids, build-it-yourself paper Nativity scene, figurine by figurine. That Advent was a crumpled one. We had a LEGO calendar three years ago, and the kids fought mercilessly about who would get to build the tiny sleighs and fireplaces and Mr. and Mrs. Clauses. I think we made a calendar for the calendar, and then fought about that.

Maybe those fights are why I forgot, completely, to order one two years ago, or maybe the whole Christmas thing starts so early now — decorations in the stores pre-Halloween, if we’re lucky — that the Holiday Industrial Complex just bulldozed my ability to do anything past getting dinner on the table. Either way, December rolled around, and we were without. 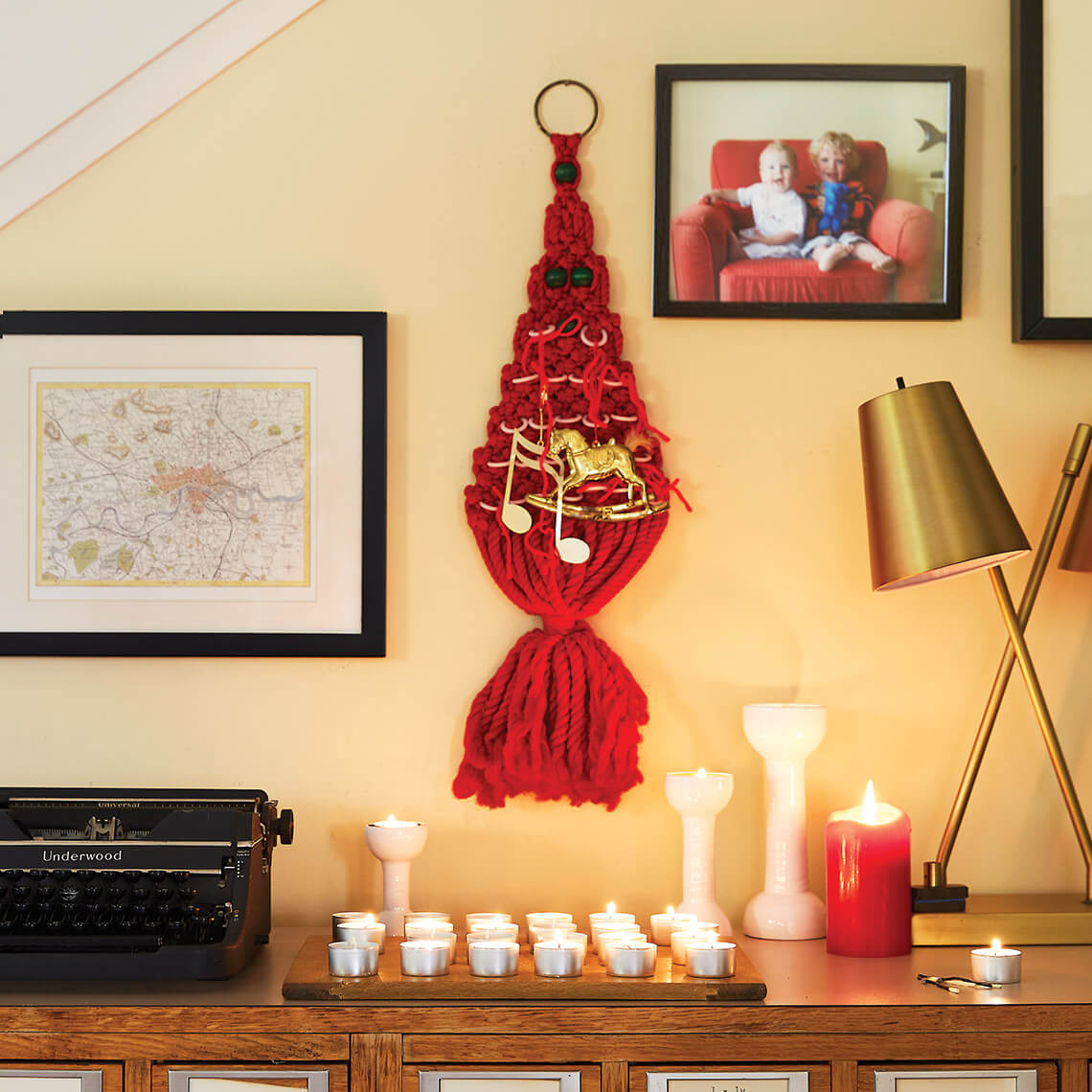 Paige’s tree no longer holds little gifts — just a few treasured ornaments — but it has become the centerpiece of the author’s Advent tradition with his sons (pictured). photograph by Stacey Van Berkel

So we improvised our way into what all four of us agree will be the calendar we’ll use for the rest of our lives, or at least our lives in this house, while we’re this youngish family: 24 tea lights on an old wooden cutting board I never use, one that came down through one set of grandparents or another. On night one, we light one candle, on night two, two, and so on. We light the candles as soon as it’s fully dark out, and the last parent awake blows them out on their way to bed. There’s Christmas jazz playing in the house all season long, and the board sits on an old card catalog across the room from the fireplace, and Paige’s tree now hangs above — well above — the candles. The only real fight is on night one — who gets to light the first candle — but last year we solved that by blowing it out and relighting it.

It’s a moment of quiet each night. Of stillness. Sometimes we forget and do it right before kid bedtime. Sometimes the ritual is a little more pronounced. Most nights, though, most of the 24, we gather as a family, hand the matches to the kids, and hope. We hope to get to bed without a scuffle. We hope for the peace of the season. We hope for something new. We hope for a star in the sky. We hope for the new box of tea lights — by the time it’s December 18 or 19, we’re going through a lot of candles — to arrive on time.

Often, when the kids are in bed, reading but not yet asleep, I’ll step out on the front walk, look up into the winter sky, and then look back into the glow of our front windows, and hope for exactly what we’ve got. The season is frantic, fraught, full of magic and wild last-minute choices and visions of sugarplums. Our calendar, though, nestled snug on its cutting board, helps us stop, and brings us a little more light.