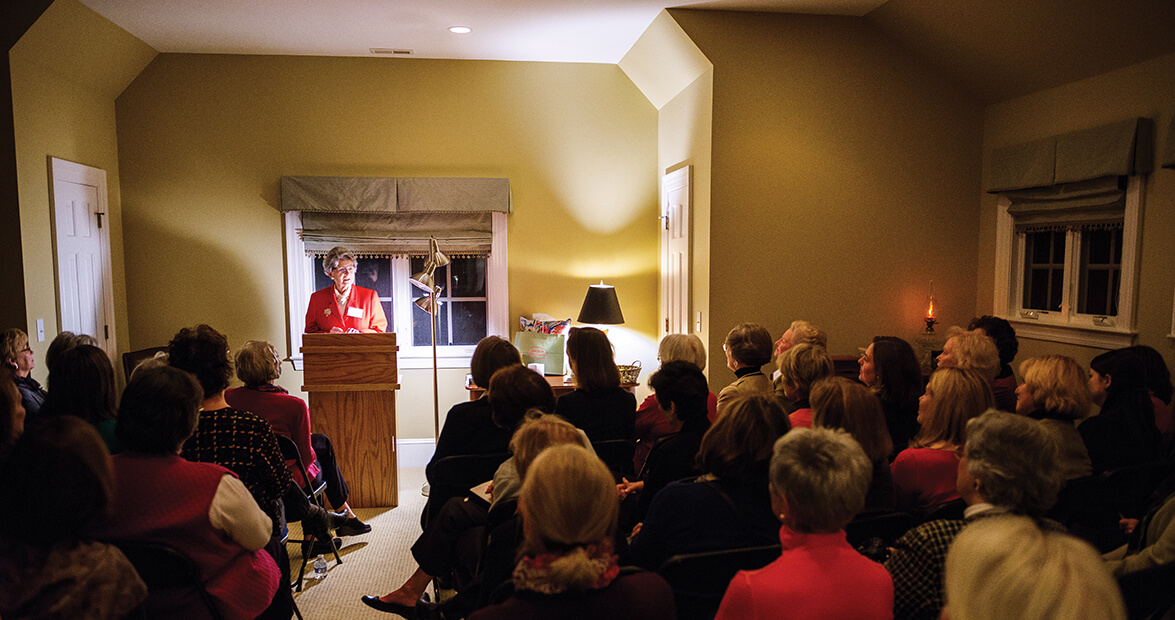 On a rainy Monday night, a literary salon in Winston-Salem is underway in Kathryn Milam’s white-brick cottage on Roslyn Road. A square table sparkles with wine glasses and candles cast a warm glow. The sideboard holds a plate of Allison McCall Joyner’s homemade fudge, made especially for this occasion. Tonight literary biographer Penelope Niven will be reading from her new book, Thornton Wilder: A Life, for 70 women who love to read.

Niven is tonight’s featured author for Readings on Roslyn — part reading series, part salon, the brainchild of host Kathryn Milam, a writer herself with two novels in the hopper.

“It started on a fluke,” Milam says. “My friend had a book coming out, so I offered to host a reading at my house.” Milam promised 15 would attend. “We’d just moved here,” she says, “and I thought, ‘where am I going to get 15 people?’ ”

The evening was so special, Milam says, she knew she had to do it again. When Georgann Eubanks offered to read from her new book, Literary Trails of the North Carolina Piedmont, she had her next author. Since September 2011, Milam’s Monday night salons have featured five authors per year, including North Carolina novelists Jill McCorkle and Michael Parker and Midwesterner Anne Panning, a novelist Milam met at the Associated Writers Program Conference in Chicago. 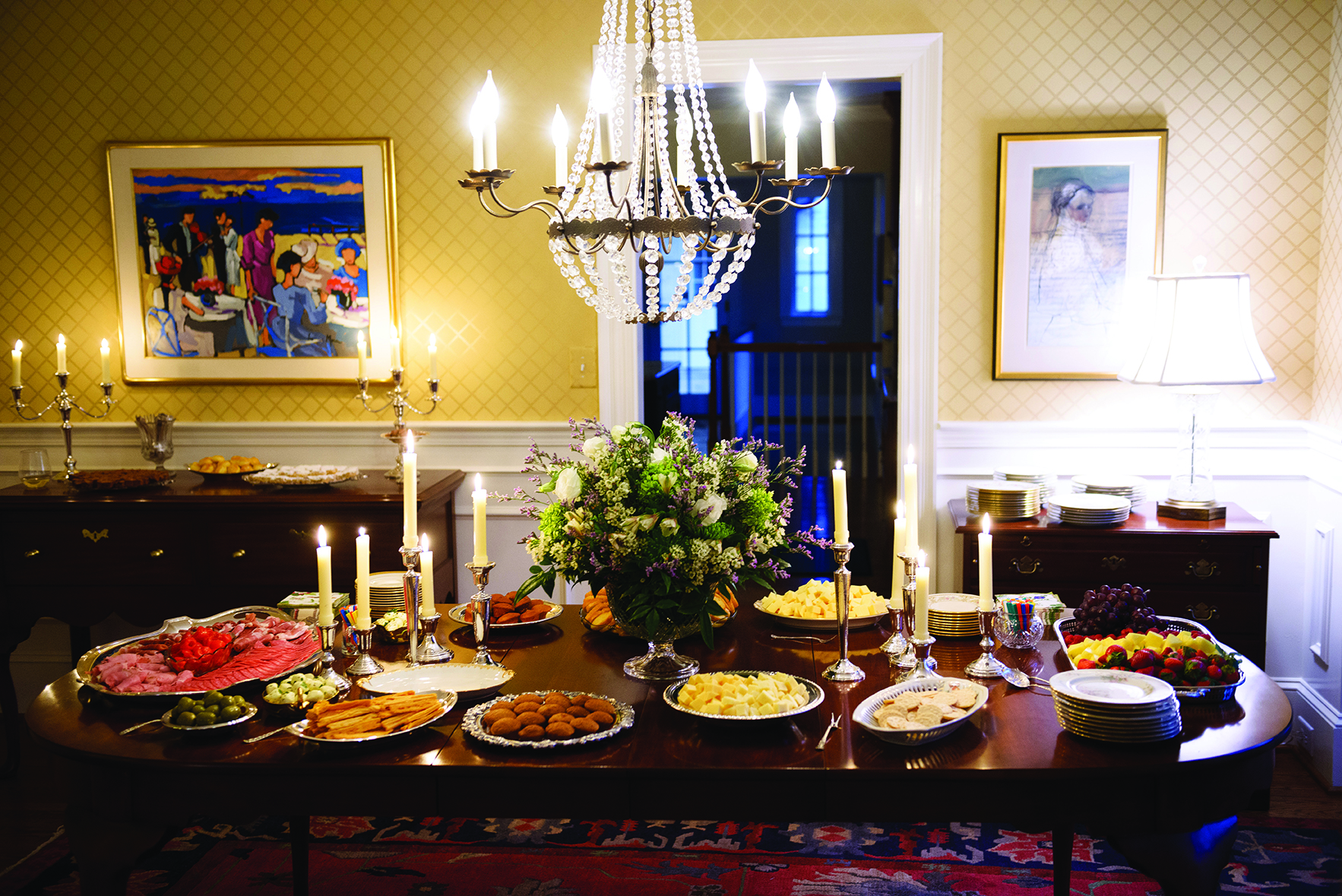 Milam invites an author, sends invitations, arranges for books to be purchased in advance, and provides food and wine. Friends greet guests at the door, pour the wine, and offer food and flowers.

The foods served at Readings on Roslyn playfully reflect the theme of the featured book. For Michael Parker’s novel, The Watery Part of the World, the buffet featured shrimp and crab cakes. For Eubanks’s Literary Trails, Milam served trail mix and toy compasses. Tonight’s fudge celebrates the tradition of Thornton Wilder’s sister Charlotte, who made the candy for Christmas presents.

Milam’s mission is to bring writers together with serious readers. “I hope people leave feeling they really got to know the author,” she says.

The writers find Readings on Roslyn as special as the readers do.

“In 25 years of giving readings, I don’t think I’ve had an experience like that,” Parker says.

In a cozy upstairs room, Penelope Niven’s voice is full of laughter as she begins to spin her tale. As biographer of Carl Sandburg, James Earl Jones, and Thornton Wilder, she’s spent hours with movie stars and boxes of family papers and letters. Niven reports that three-time Pulitzer Prize winner Wilder, author of Our Town, got his start reciting plays to the family’s cows in Wisconsin. She tells of finding a letter from Hemingway to his editor, envying Wilder’s sudden wealth; of Wilder writing a book report on his own novel The Bridge of San Luis Rey for a high school student, concluding that the author’s deeper meaning was: “There is a land of the living, and a land of the dead, and the bridge is love.”

And for an hour, guests feel wrapped in the glow of the intimate life of the writer and her subject.