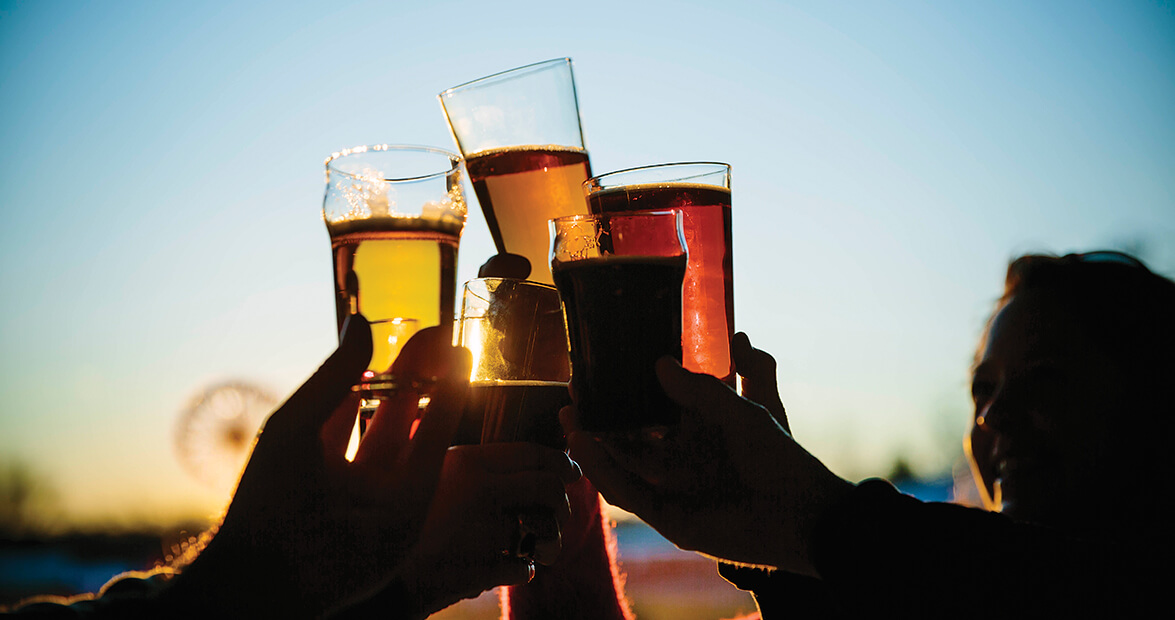 There’s a TV in the corner of 217 Brew Works in Wilson. Nobody’s ever asked for it to be turned on.

Instead, people talk. Gray Whitley, a photographer, sits at the bar with his friend Ed Everett, a surveyor. It used to be, Ed says, that people in this town would buy some beer and take it home. You’d see friends at the grocery store or at restaurants, but those weren’t good places to have a conversation. Now, Gray and Ed are here. Talking. Over beer. “This seems to be a central place,” Gray says.

This place is a century-old carriage house and stable, the bones of which have been kept intact. Owner Tom Curran is a local developer and a supporter of the Vollis Simpson Whirligig Park across the street: a square of open space populated with colorful, giant, wind-driven metal sculptures. Yeah, there’s a park, Tom’s wife, Barbara, told him, but what’s going to bring people to it? Tom’s a home brewer. A brewery, he says, “was a no-brainer.”

217 Brew Works opened in November 2016. The transformation has already begun. 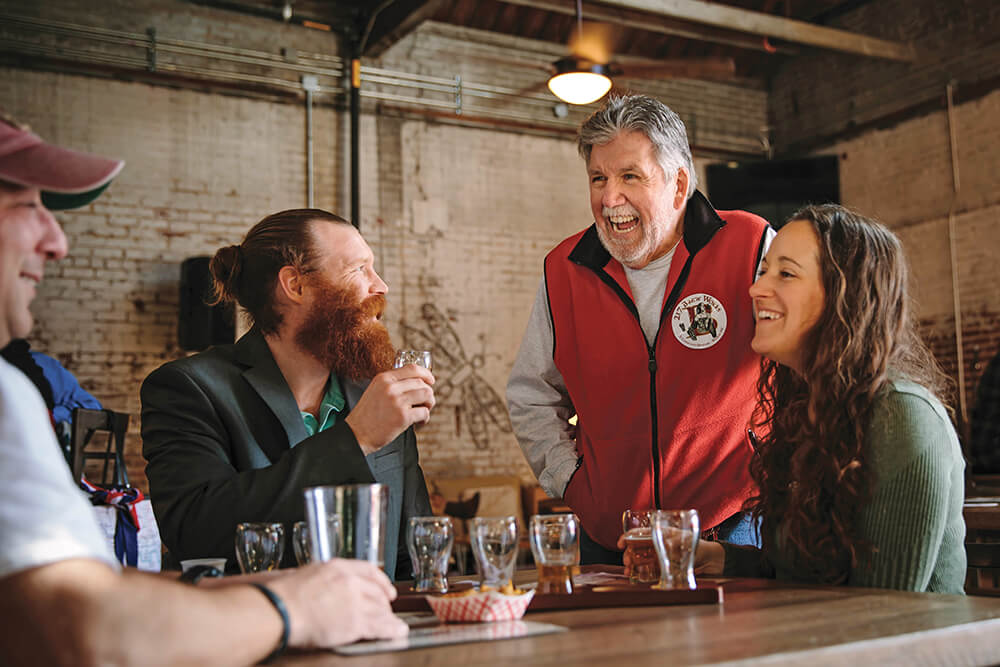 Breweries have a track record of quickly changing North Carolina’s neighborhoods. It’s happened in Durham, in Asheville, and in Charlotte, where Olde Mecklenburg Brewery’s spacious taproom and beer garden have, in two years’ time, drawn dogs, strollers, yoga classes, and cyclists to a largely industrial neighborhood with truck-worn streets. Now, a cidery, apartments, and a bowling alley are sprouting up nearby. John Marrino, OMB’s founder, knew this would happen. He’d seen, in Germany, how breweries have long been the social centers of cities.

Small towns, many of which have traditionally had a wary association with alcohol, now want in, and their leaders spend a lot of time on the phone with Margo Knight Metzger, the executive director of the North Carolina Craft Brewers Guild. The economics, she explains, often push brewers to create gathering spaces. Breweries profit most off the beer they sell in their taprooms. They can survive by creating a local product for locals to enjoy. But to be successful, they have to transcend beer. “If you can be meaningful in your community,” Margo says, “that’s the sweet spot.” 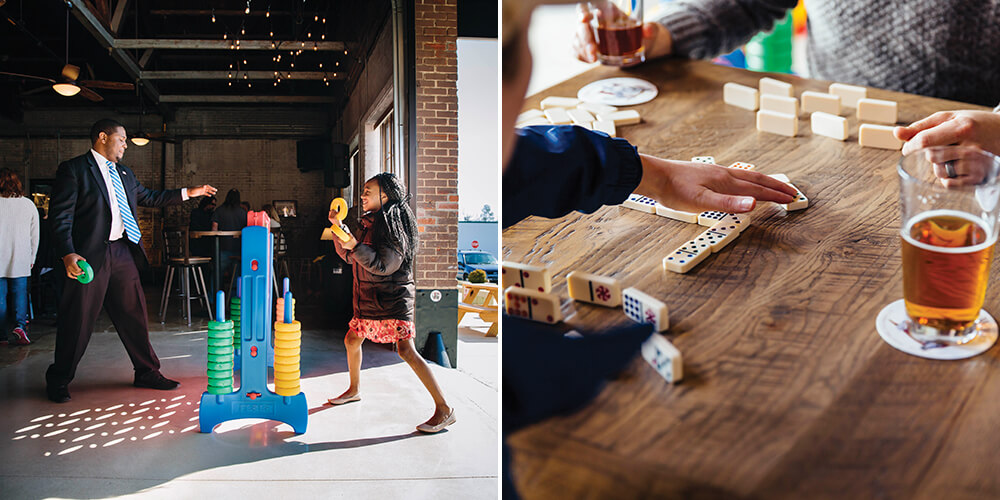 A variety of games, such as dominoes and life-size Connect Four, invite customers to disconnect from technology and interact with each other at 217 Brew Works. photograph by Geoff Wood

As a result, no town seems too small for a brewery now. West Jefferson has one. So do Elkin, Banner Elk, Dallas, Andrews, and Trenton. Combined, those six towns are home to a mere 13,000 people. Mayor Barry Hayes of Granite Falls, population 4,772, doesn’t drink, but he goes to Granite Falls Brewing Company all the time. “It’s the only craft brewery I’ve ever been in,” he says. Forget the beer. Barry goes for the food. And the people.

Before 217 Brew Works became one of North Carolina’s 180-plus craft breweries, Tom and his brewer, John Kater, wanted to know what beer their future customers would enjoy. They started home brewing batches of beer and taking it to birthday parties around Wilson and, in one case, a memorial service (“Eric loved IPAs,” Tom says of the deceased). John and Tom created red ales, stouts, English pale ales, and even a sweet potato blonde ale. By the time the doors opened, a lot of people already knew what to order.

What they discovered, however, was a place where they could talk without shouting. Tom never wants anything to get out of hand here. He politely discourages discussion of religion or politics. He enforces a four-pint limit. “We encourage socializing to excess,” Tom says, emphasizing that this is a tasting room, not a bar. Two recent college grads sitting on stools agree. “This is more chill,” one says.

217’s not done. There’s live music. A community bulletin board. An outdoor beer garden. Tom hopes the brewery will lure other tenants to the storefronts he owns next door, perhaps a brick-oven pizza place or a gift shop. And since the brewery was announced, another developer has moved forward with plans to create Whirligig Station — apartments, restaurants, and some office space — in an empty red-brick tobacco warehouse on another edge of the park. It’s a metamorphosis that Gray Whitley, sipping his beer, would never have seen coming. “Who would’ve known,” he says, “that beer would lead the way?”