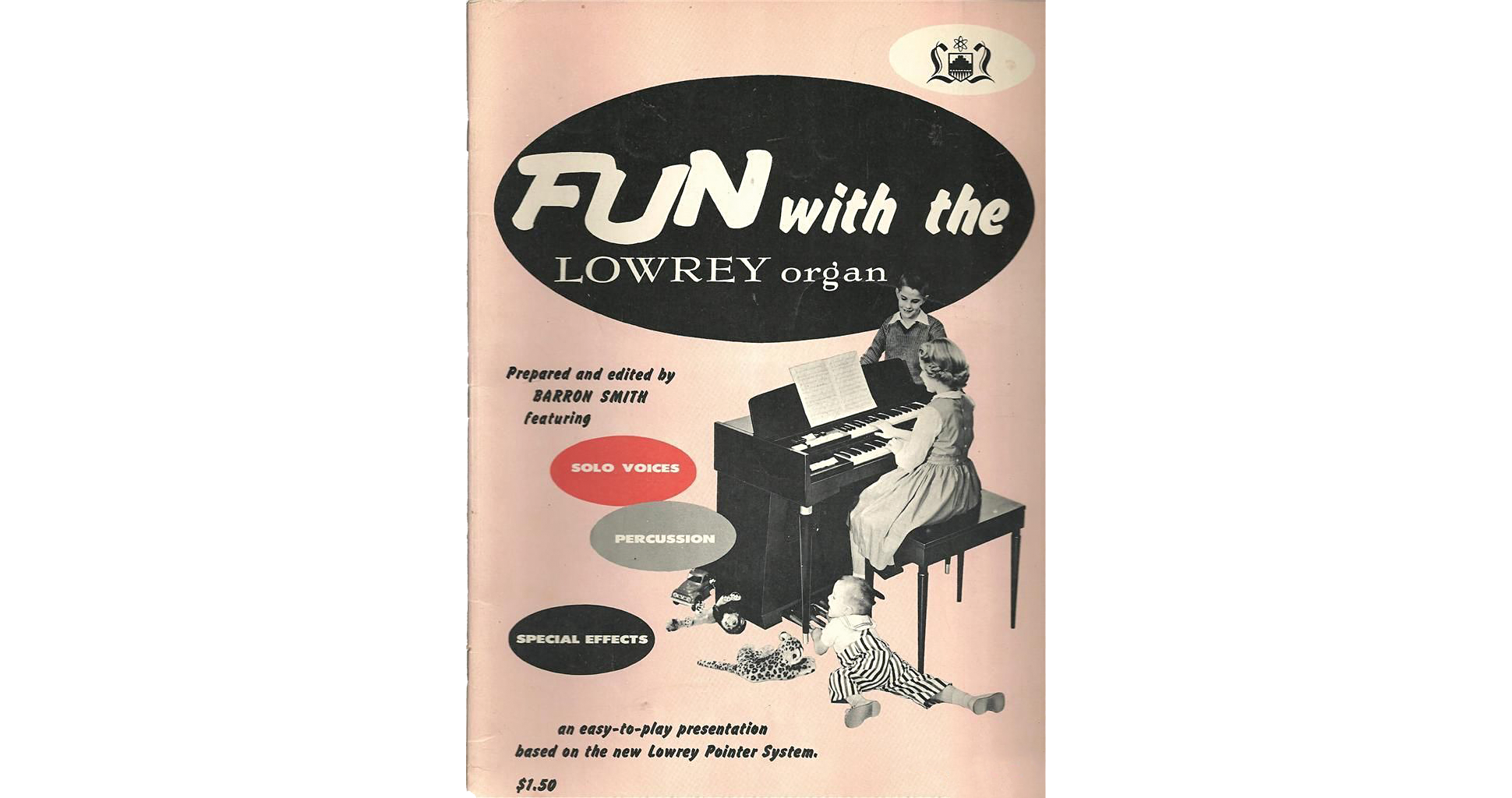 After supper — sweet tea, no Champagne — the two of us pushed our chairs back from the table, hooked our arms together, and escorted each other to the living room, where we climbed onto the bench in front of her Lowrey Magic Genie electronic organ.

We sat side by side and worked our way through the Fun With the Lowrey Organ songbook, singing “Home on the Range” and “Good Night Ladies” and “Aloha ’Oe.” While my grandmother played and worked the foot pedals, my job was to adjust the accompaniment tabs to change the rhythm from country western to bossa nova to Hawaiian guitar.

It was amazing to me how you could affect the sound of a song just by changing its background rhythm.

We played for hours at that organ, and, at some point, I stopped pressing the accompaniment buttons and instead dropped my hands to my lap and just listened. My grandmother had a beautiful alto voice, soothing and sweet, and when my energy started to fade, she shifted to quieter pieces and sang them directly to me.

One of my favorite songs was “Thanks for the Memory.” It was from an old, black-and-white movie that my grandmother loved. There were a lot of verses in the song, and I didn’t understand most of the lines — “crap games on the floor, nights in Singapore” — but I loved the wink she gave me when she sang “moments on the Hudson River Line,” drawing out the emphasis on our last name.

By the end of the song, her voice started to lose its steadiness, and I knew it was time to stop. She slid us back from the organ, stood up, and, once again, extended her elbow to me. I hooked my arm into hers, and we escorted each other to the den, walking tall and proud as if we were leaving a grand ballroom.

I think about how we walked, that motion now familar in other ways, too. It was the same arm-in-arm gesture my mother offered when, years later, she helped my grandmother from her bed to the bathroom; it was the same one my father offered when he walked with me, finally a grown-up, down the aisle of the church at her funeral. I’m not sure which one of us was holding up the other.

Toward the end of our New Year’s Eve night, I changed into my pajamas and my grandmother slipped on her furry pink robe and we settled into her chair to watch Guy Lombardo’s and, later, Dick Clark’s New Year’s Eve special. When I got sleepy and my head drooped, she tickled me until I started laughing. It was enough to help me make it to midnight, and when we had five minutes to spare, my grandmother went to the dining room for two jelly glasses and a bottle of Canada Dry ginger ale. We turned off all the lights and watched the ticker on the television and then, all of a sudden, everything moved so fast, and sensing the urgency of it all, we jumped up for the countdown — ten, nine, eight — and stepped closer to the television and lifted our glasses and shouted, “Happy New Year!” exactly the way the crowd dressed in ball gowns and tuxedos in Times Square did, and then, just like that, a new number flashed on the screen and “Auld Lang Syne” started playing in the background, a familiar song providing accompaniment to whatever it was that might come next.