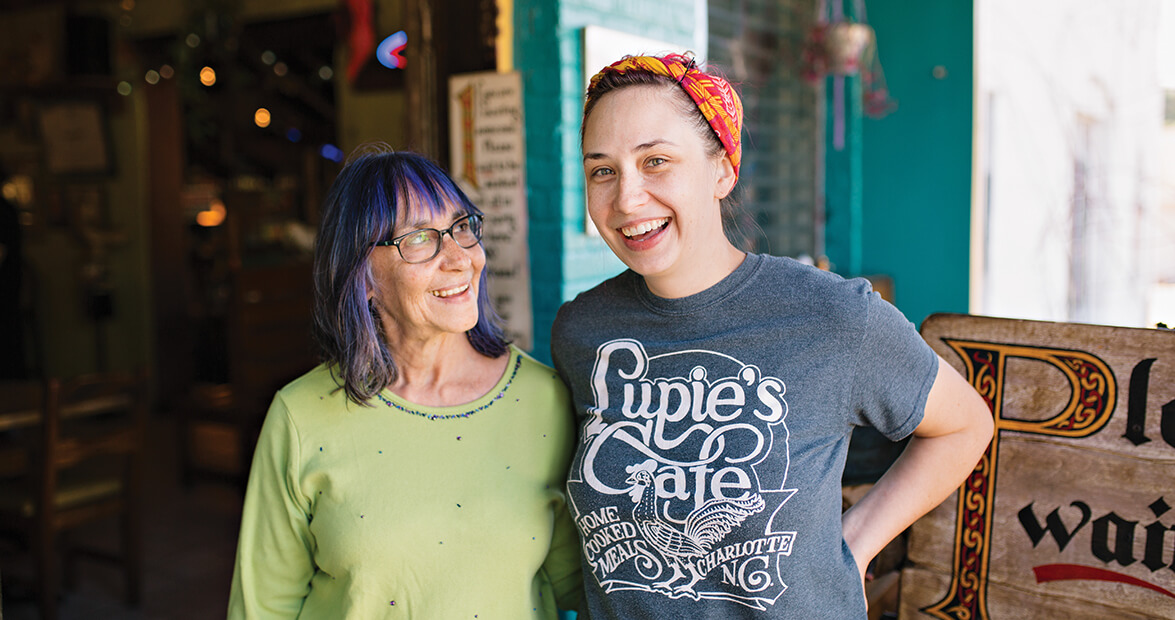 The specials at Lupie’s Cafe haven’t changed in 30 years. Owner Lupie Duran says that certain flight attendants try to schedule their layovers in Charlotte based on the specials they like best: Meatloaf Mondays. Spaghetti Wednesdays. Quiche Saturdays. The core menu, too, is the same one Lupie created in 1987. The nachos remain a big hit. The Texas chili has always been extremely spicy. Nothing has been subtracted, but several things have been added: A few years ago, Lupie’s daughter Larkin introduced chicken casserole.

Lupie’s is built on comfort food, but also on the people who keep coming here, in a city where the landscape is constantly shifting. Lupie bought the property in 1992, meaning that she doesn’t have to worry about the rapidly rising rents that change the game for other little businesses in suddenly hot areas. The place seems like a solitary outpost, but it sits on the edge of Grier Heights, Plaza Midwood, Oakhurst, Cotswold, and Elizabeth, and it draws people from all of those neighborhoods. It’s one of the few eateries in Charlotte that has a long history, and customers who have been coming for decades. Jerry Richardson, the Panthers owner, has come in for a bite with little fanfare. Same with mayors. And bank CEOs. 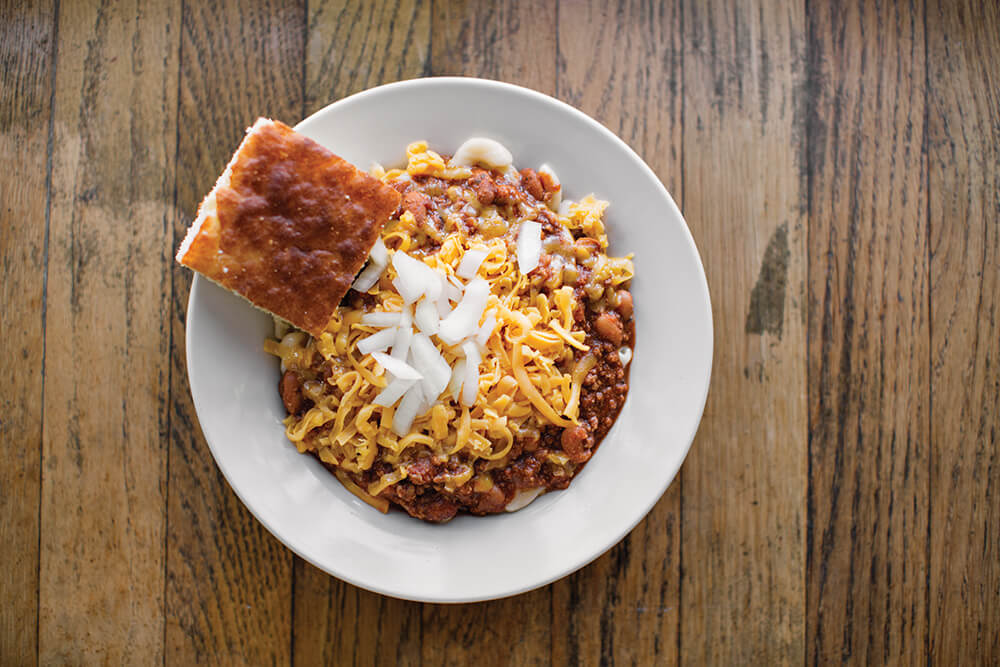 Lupie Duran and her daughter Larkin offer American classics, including plenty of chili with cornbread. photograph by Revival Creatives

Even more so, Lupie’s has been sustained by people you might not recognize, although Lupie knows them all. Families. Church groups. Loyal locals. When the restaurant struggles, they come to the rescue.

Lupie’s Cafe sits on a bend in Monroe Road, and twice now, a car has flown off the curve and crashed into it. The most recent incident, in 2015, closed Lupie’s for 11 days. Insurance covered the repairs, but it was Lupie’s customers who helped cover the wages of the waitstaff and cooks. One of those customers, Joshua Miller, grew up eating there with his family. He went on dates there with a girlfriend, and then brought her back to propose. He started a GoFundMe site that helped raise $4,460 to replace tips. 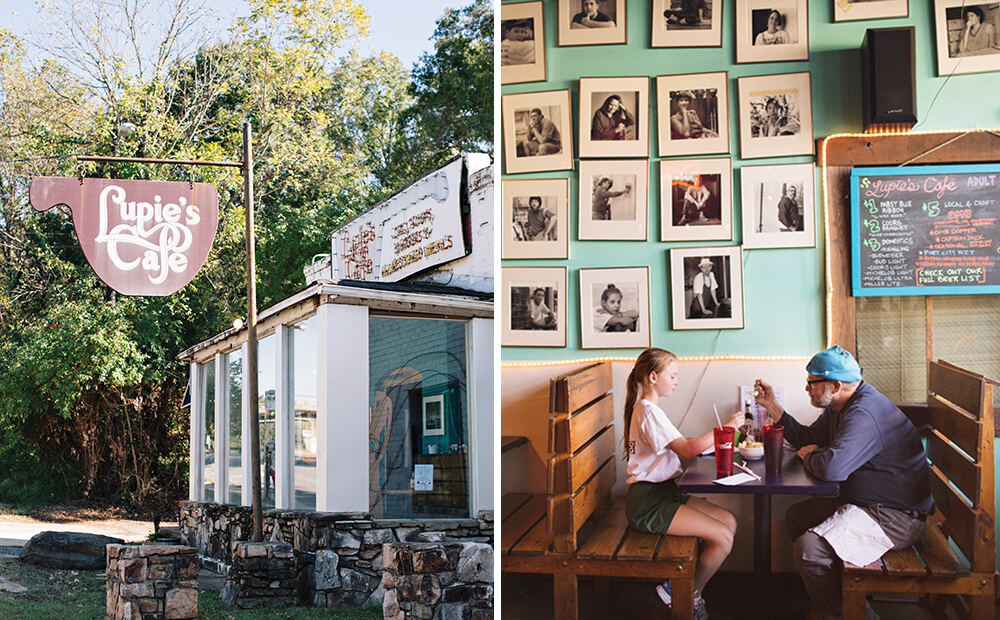 He’s part of a long tradition of supporting Lupie’s: In 1989, Hurricane Hugo peeled the tin roof off the building, but a customer showed up with a series of tarps and helped reopen the place. “We didn’t have money,” Lupie says, “but we had friends.”

People bring them stuff, too: Pictures. Road signs. Old bicycles. Everything goes up, slapdash, on the brick-and-panel walls. A photography teacher at Myers Park High School brought his black-and-white photos, then started taking staff pictures. They hang on a wall in the dining room. “There’s our life up there,” Lupie says.

These days, Larkin runs the place, spending most of her time overseeing things in the kitchen. One day a week, though, she makes a point of staying up front to visit with customers. Some tell her that they remember her doing her homework here. Lupie is mostly retired, though she still handles the baking. Now, she’s content to sit at the counter, watching people come and go. A woman comes in to pick up an order and looks over. “Lupie!” she says. They hug, then talk at length about everything from food to retirement. Lupie has that effect on people. By the time you meet her, she’s already an old friend.