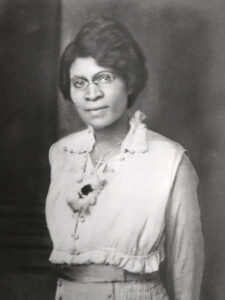 It’s been more than 50 years since Charlotte Hawkins Brown’s groundbreaking school, Palmer Memorial Institute in Sedalia, closed its doors, but the African American educator’s legacy of learning lives on.

Born in 1883 to the descendants of enslaved people in Henderson, Brown founded the school in 1902 to teach rural Black children. At Palmer, students learned the three R’s of education — reading, writing and arithmetic — but they also had daily chores to perform, because Brown believed in teaching them a fourth R as well: responsibility. Did Brown’s dream pay off? Indeed it did, as Palmer evolved into a nationally recognized preparatory school, thanks to Brown.

More importantly, the school transformed the lives of thousands of Black children — not just from the Sedalia community but also from around the country. Many of the students went on to have successful careers in the arts, sciences, education, and government. Among Palmer’s most notable alumni was Maria Cole, a gifted jazz singer who married beloved crooner Nat “King” Cole.

Brown died in 1961, and the school closed 10 years later. Today, the campus is a state historic site where, if we pay close attention to Brown’s vision, hard work, and passion, we can still learn a thing or two.