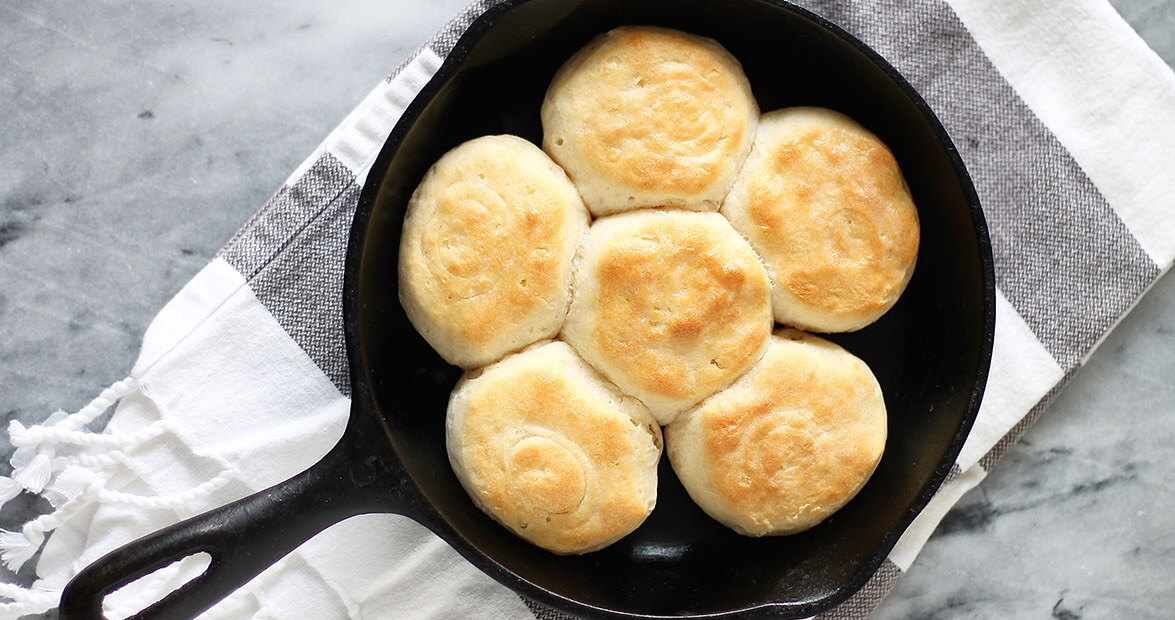 When I get to heaven, I suspect mama will be waiting for me with a big ol’ pan of her buttermilk biscuits.

What would I give to have another one of those? It’s a happy dream for sure.

My mother passed away at age 72. I can’t begin to imagine how many biscuits she must have made in her lifetime. Even though she said daddy taught her how to cook, I don’t remember him ever making biscuits; that was mama’s specialty.

She didn’t roll her dough and cut them out with a cutter. They were what many folks refer to as “cathead-style” biscuits. She pinched off a hunk of dough and rolled it out in the palm of her hand before placing it on a baking sheet and popping them into the oven.

Mama would make about two dozen biscuits for Sunday dinners. We always had about 12 to 15 people come over each Sunday, which included all the family and usually our preacher and his family. I ended up marrying one of those preachers’ daughters. I credit that to these biscuits.

When my wife and I opened a small restaurant later in life, mama got up around 3:00 a.m. and made biscuits for us. Everyone always talked about how good they were, but that was something we had known for a long time.

Then one day before she had to have an operation for cancer, mama called me over to her house. I stood at her kitchen table and she showed me exactly how to make her biscuits. Sure, I’d watched her do this from time to time, but this was a serious one-on-one lesson.

The next morning at the restaurant, I made my first pan of biscuits. We sold each and every one of them.

I’ve always said mama prayed her biscuit-making talent over to me because I never felt like she made them quite the same after that day in her kitchen. And I know she would be proud that I’m passing this recipe along to you.

Preheat oven to 500°. Lightly grease a baking pan or cast-iron skillet with lard or butter.

Place fingers straight down into the center of the bowl and start making small circular movements. Continue to stir, in small circles, while gradually working in flour from the sides of the bowl. You’ll work in most of the flour, but probably not all it.

Sprinkle some of the excess flour on top of the dough ball and fold the dough into itself a time or two. Knead the dough just a few times until it’s fairly smooth, then shape into a thick rectangle.

Clean any dough off of your hands before proceeding. Flour both hands prior to shaping and forming the biscuits.

Use your fingers and pinch off a section of dough that’s slightly larger than a golf ball. Roll this ball in the palms of your hands to smooth it out using slightly firm pressure at first and then lighter pressure as it becomes a bit sticky again. Try not to overwork the dough. Drop the ball back in the flour and coat lightly with flour. Roll the ball in the palm of your hand for another second or two and then flatten it like a hamburger patty.

Place the biscuit dough on your greased baking sheet or in a cast-iron skillet. For softer biscuits, make sure sides are touch. For biscuits with crispier edges, space them out. Repeat the process until all the dough is used or your skillet is filled. Use the back of your fingers and gently press down on each biscuit. Bake 8 to 12 minutes, or until lightly browned on top. Brush melted butter on top of each biscuit. Cover with a clean towel and let rest for a few minutes prior to serving.