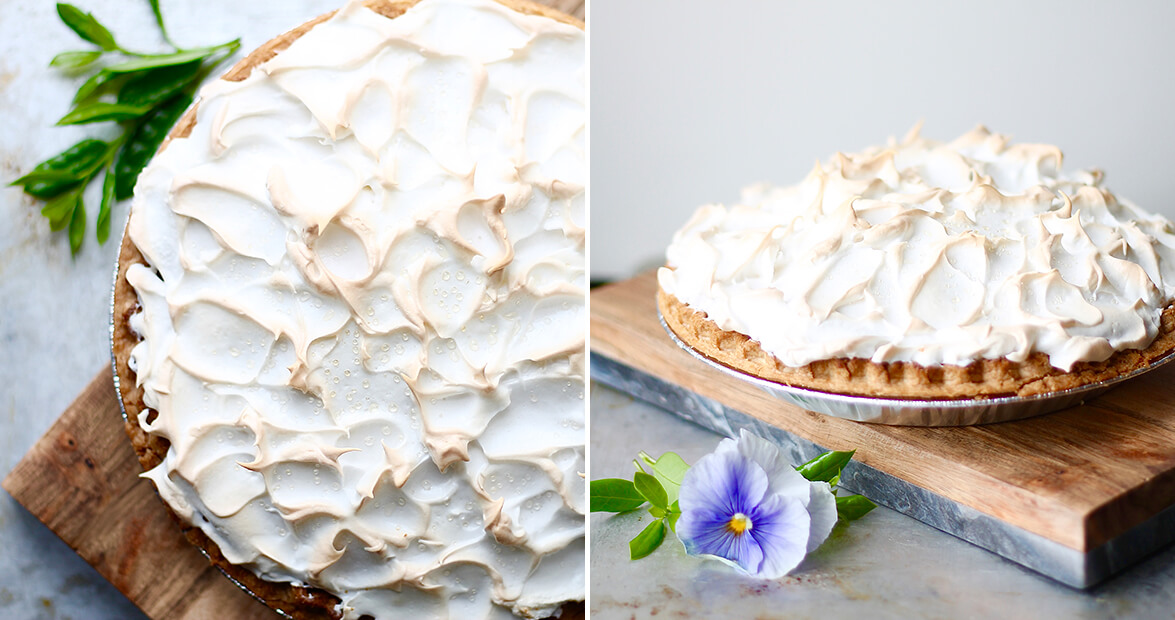 “This is and was one of my favorite comfort foods. She always made enough for two pies, and sometimes she would add coconut to one of them, too. Every time I make one, I think of the first one I made — she had to coach me over the phone. Several years ago, she sat down and wrote out our favorite recipes. This is truly a treasure because it is in her writing. We lost her last year after a brief battle with cancer.”

— April Pope, recipe by her mother Jeannette Pope of Morganton

For the pie filling: Prick pie shells with a fork, cover with foil, and bake at 450° for 8 minutes. Remove foil and return to oven for 5 minutes. Remove from oven and let cool. Turn oven down to 325°.

In a large mixing bowl, combine sugar, flour, and salt. Stir in milk until combined. Transfer contents to a large saucepan and cook over medium heat until thick. Reduce heat to low and cook for an additional 2 minutes. Remove from heat and slowly add beaten egg yolks. Stirring constantly, bring to a gentle boil for 2 minutes. Remove from heat and add vanilla. Divide filling into two pie shells.

For the meringue: Using an electric mixer on high, whisk egg whites and cream of tartar until soft peaks form. Gradually add sugar and beat until stiff peaks form. Spread evenly over pies. Bake at 350° for 5 minutes or until meringue is slightly brown. Place in fridge to cool before serving.