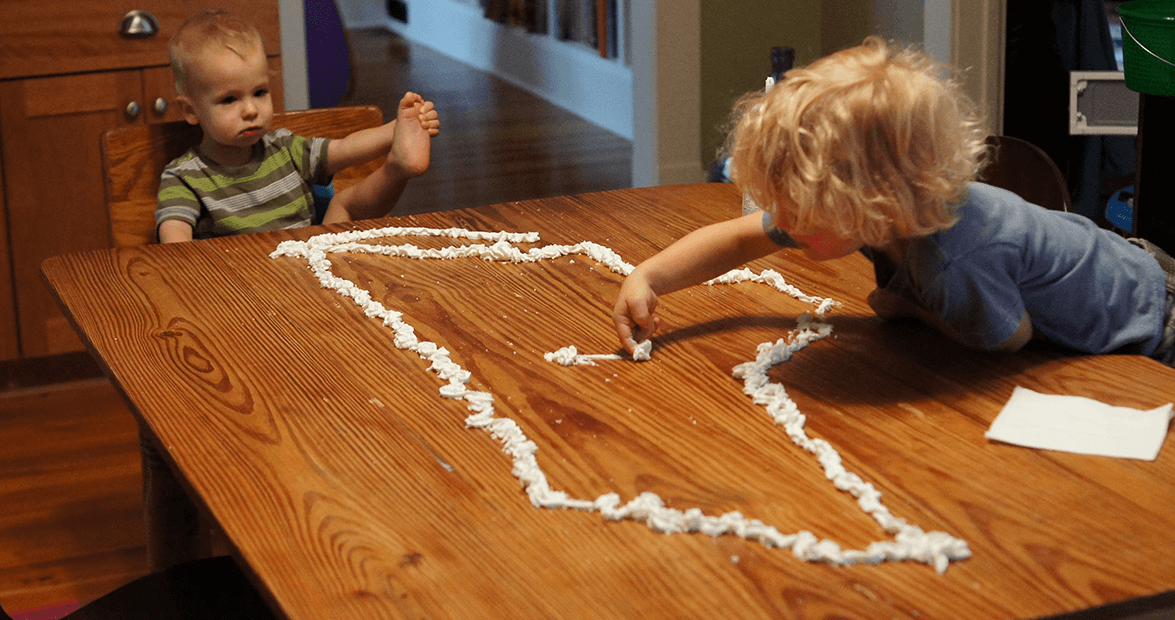 It’s been a long night. A lot of them are long nights; that’s what comes with the territory, if the territory is one boy age 4 and another age 1½. The little one, The Welf — it was The Wolf, but his brother, The Toad, could not at first pronounce it — has drawn a new line in the sand. After he swan-dived off an upstairs bed, and after we got him downstairs and got all the blood cleaned up, and after his lip went fat, and after we counted his teeth and checked his pupils for concussion, we lost him. Literally, I mean. We were standing there talking about how we managed to break the baby, and we lost him. We tried the stairs, the bathroom, checked the back door. We found him — The Toad found him, actually — sitting atop the dining room table, sorting socks. Or, rather, de-sorting them. The Welf is generally, it might be said, a de-sorter. 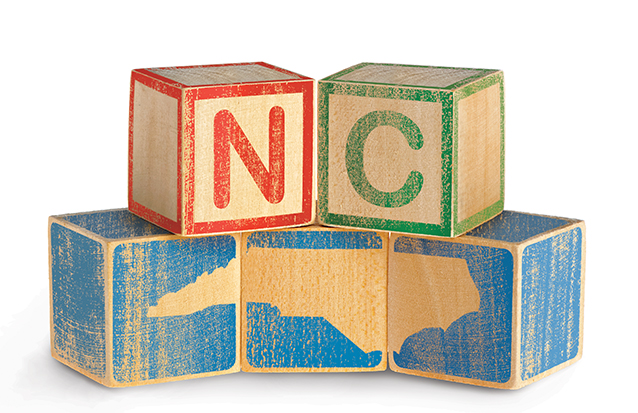 Dinner occurs absent any notable tragedy other than food in the hair and a wash of high-decibel noise. We head upstairs for bedtime. The Toad is carrying a book, is bending a corner of it with malice aforethought. “Hey,” I say. “Why are you bending your book?”

He stops. Turns. Important to know that almost nothing is out of character for this child. For either of them, really. “Well,” he says, “I’m afraid you left me no choice.”

The Toad. So named for the noises he made as an infant, yawning and stretching and straining against the swaddle. No one told me babies made noise apart from wailing. I was still recovering from walking out into that bright Carolina sunshine, trying to adjust to not being in the hospital, trying to adjust to the straightforwardly insane idea that the hospital would actually send you home with your own child. As in, Thanks for stopping by, this seems to be your baby, best of luck. So what do you do with a person of whom you’re abjectly terrified? Find him a nickname. It’s a start.

North America. North Dakota. North Carolina. Trees and sky. Grass and ground. For the past year or more, those have been The Toad’s good-night words. We whisper them back and forth after the lights are out. We’ll improvise, add more pairs from his day: Paper airplanes and regular airplanes. Jellyfish and boogie boards. Whatever fits, whatever seems right. It calms him. Calms me. It’s nice to say what happened, where we’ve been, what we’ve survived. Like so many things around here, I have no idea how the good-night words got started. No idea why North Dakota. Of late, right at the end, I’ve started saying, Go good places. We have this thing where he goes places in his sleep, rides car-transporter trucks and blimps and “helicocters” (please don’t correct him) off to all the places he knows.

The next morning, or a couple of mornings later — having these boys means never again understanding the days of the week — The Toad reads the word “native” off the back of the granola box. His mom asks him if he knows what that means. I’m pretty sure he’s said “naked,” and I try to step in, avert catastrophe, keep the lid on the knowledge of good and evil — but no, it’s “native.”

“It means you’re from somewhere,” she tells him. “You’re a native of North Carolina.”

So. The globe on the bookshelf. The huge classroom map of the circa-1830 Americas hanging in the den. The atlas. I show him where we go to the beach, and he says, “I can see the water!” But then he wants to know where our house is, and the first thing I think of is this: a huge shaving-cream map of North Carolina in the backyard.

Logistical problems arrive straightaway. I’m not sure if the shaving cream might damage the lawn. Also, owing to a haphazard grooming regime, I don’t have any. We pivot, then, to Plan B: Reddi-wip on the kitchen table.

I’m proud of the results. It looks like North Carolina, give or take. We draw in the Outer Banks, add a shaky interstate or two. The Welf starts eating the Sandhills. We locate our house, and The Toad runs his finger through it. It is the stickiest geography lesson in history, but The Toad is half-listening. Here’s that cabin we rented last year, I tell him. Here’s a river where you can ride in a canoe.

He’s getting excited. Maybe it’s just the sugar. Or maybe not. He says, “Tomorrow, can we make strawberry lemonade?” I tell him we can. “And will you take me on a seaplane? And a pirate ship? And a red trolley with truck wheels?”

There he is with whipped cream from forehead to chin. There’s his brother lathering it onto his knees. And the answer is easy. I’ve known it since the first day of the first boy. It’s maybe the only thing I’ve known. Yes. Yes, we can go to those places. We can do those things. I have a lot of jobs, I guess, but this seems like one of the biggest ones: Show them where they’re from. Where they live. Explain, as best I can, and whenever I can, what we mean when we say “home.”