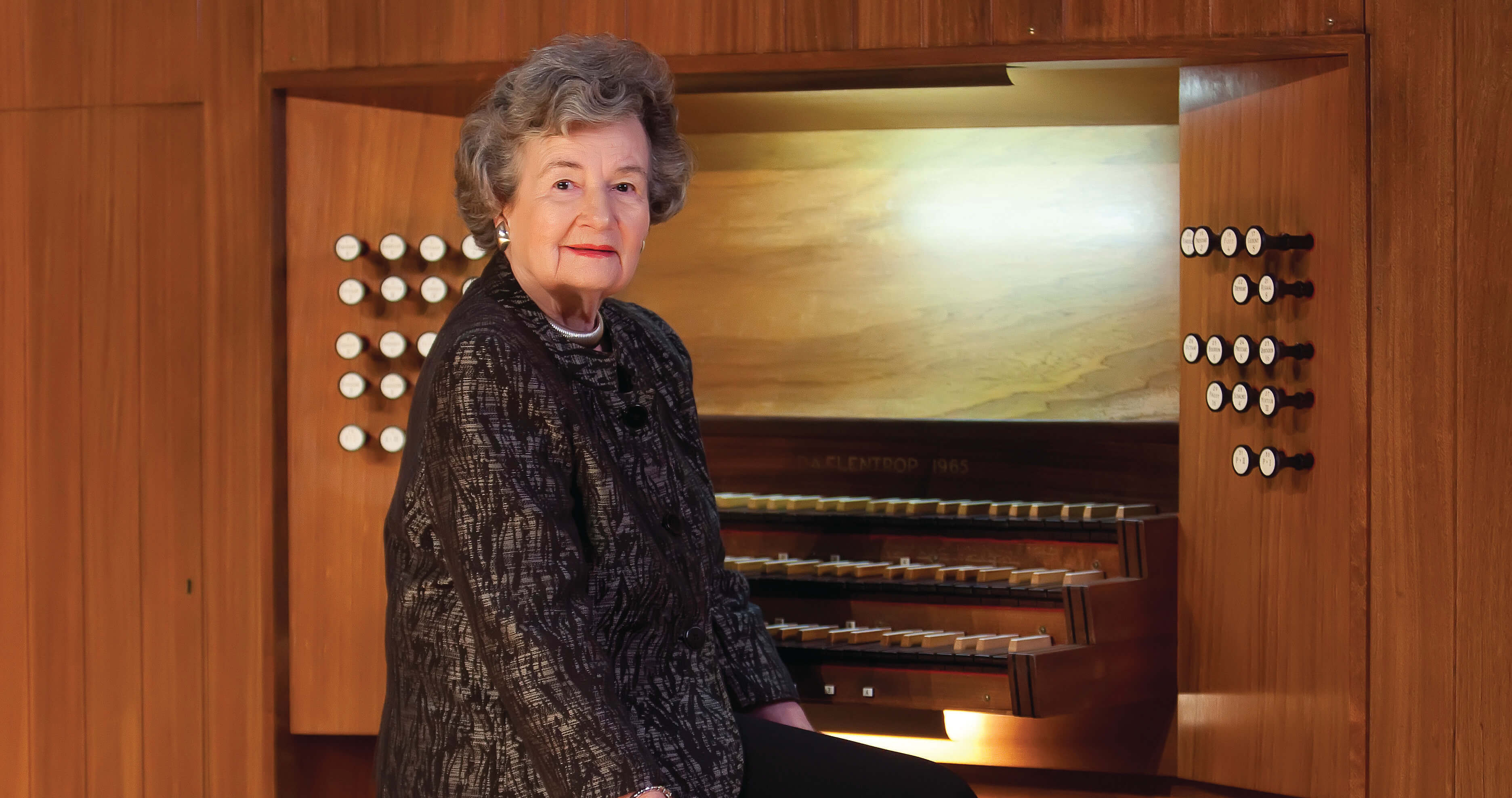 When she was a little girl, Margaret Vardell Sandresky fell asleep to the sounds of her father practicing the piano. He was a composer and the dean of the music school at Salem College. Her mother also had a degree in piano and voice, and strains of classical compositions and Moravian melodies frequently filled her home and her head. By the time Sandresky was learning her ABCs, she was playing the piano and writing her own music.

“I made up little pieces on the piano,” she says, “and my mother or father would transcribe them for me, until I was old enough to write out the notes for myself.”

That was 85 years ago, and still Sandresky spends most days at her keyboard coaxing melodies out of thin air. An internationally acclaimed composer, the Winston-Salem resident has published an impressive body of work, including dozens of compositions for chorales and large and small ensembles. Many of her pieces are commissions funded by such distinguished patrons as the National Endowment for the Arts, the North Carolina Arts Council, and the American Guild of Organists. Sandresky has received the American Guild of Organists Distinguished Composer Award and the Sam Ragan Award for service to music in the state of North Carolina. This month, Wayne Leupold Editions releases her eighth volume of works for organ.

“It’s the most natural thing in the world for me to compose music,” Sandresky says.

‘Another way of speaking’

Sandresky grew up in Winston-Salem and attended both Salem Academy and Salem College. “I was saturated with Moravian music and those wonderful chorales,” she recalls. She earned her master’s degree in composition at Eastman School of Music and was awarded a Fulbright scholarship in 1955, enabling her to study organ in Germany. The following year, she married Clemens Sandresky, a prominent musician in his own right. After raising their three children, she returned to composing at age 50 and still devotes much of her time to music, composing on her house organ or at her piano.

Sandresky’s music is modern, with advanced harmonies and complex rhythmic structures, full of life and verve. For her, the organ is the king of instruments. “When I sit down to play the organ, it is another way of speaking,” she says. “I love the many colors and the sense of power that you get from the organ.”

Veni Creator Spiritus, one of her organ toccatas, features sparkling runs over the deep and rich bass melody, with tight dissonances and a dramatic, exciting finale. In contrast, the Adagio movement of her Organ Sonata is contemplative and peaceful. “I want to please the listener and the performer,” Sandresky says. “Although I write in different styles, I concentrate on well-made and emotionally satisfying pieces, to appeal to a wide variety of listeners.”

Sandresky is now retired from teaching, and most of her composing is done for commissions. But at least one thing hasn’t changed since she was little: “I always have music in my head.”