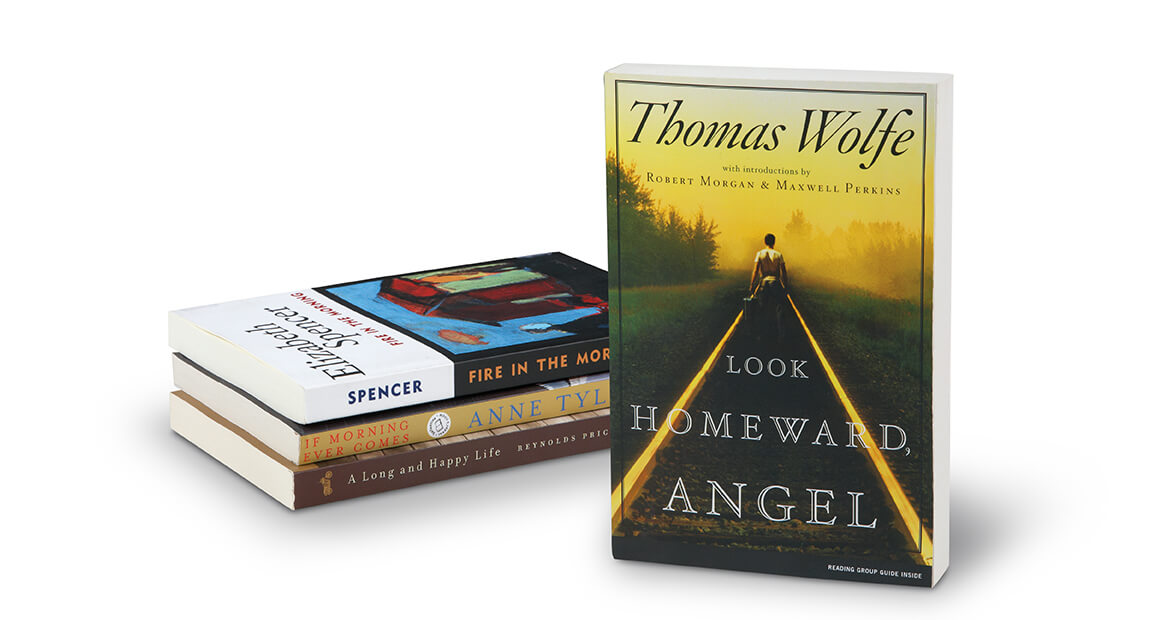 When Wolfe’s autobiographical coming-of-age story was published in 1929, the Asheville Times wrote, “This community … is going to be astounded by it.” The book includes more than 200 thinly disguised local characters, some of whom compelled Wolfe to avoid Asheville for eight years.

Fire in the Morning

Having witnessed a house burning in the daytime, Chapel Hill resident Spencer translated this motif into a story of a decades-long rift between two families. Her 1948 novel chronicles undue violence, strong relationships, and the rise of a new generation, whose view of the feud — an unstoppable force, like a fire in the morning — heals old wounds.

A Long and Happy Life

Before teaching at Duke, Macon native Price saw a painting by Jan Vermeer: a woman in blue, reading a letter. The image remained with him until 1961, when he published his first novel. Rosacoke Mustian is Price’s blue-clad girl, her silent musings ranging from dreams to disillusionment to spiritual growth.

If Morning Ever Comes

Tyler’s manuscript sat for months in an airport’s lost luggage department. “I ended up finishing [it] just to entertain myself,” she said of her 1964 novel. If Morning Ever Comes is the story of Ben Joe Hawkes, an unhappy worrier whose trip back to Sandhill, North Carolina, merges his present with his past. Tyler’s characters are easy to identify with, the kind we miss when we turn the last page. 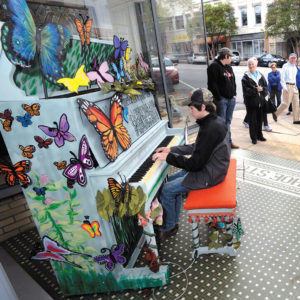 If you find yourself walking down Main Street in Salisbury, don’t be surprised to hear music. No, it’s not your personal theme song. It’s “Come Tickle Our Ivories!” — Salisbury’s project to inspire creativity and community through the artistic display of playable pianos. “It’s a great way to enliven downtown and to showcase student talent,” says Salisbury resident Mary James, who came up with the idea in 2014, when she was inspired by a similar event in England. This year, students from Rowan County’s middle schools and Early College decorated 11 pianos, which will be on display in Salisbury and Spencer for five months beginning May 6. “This is so special,” James says. “It really brings people together.”