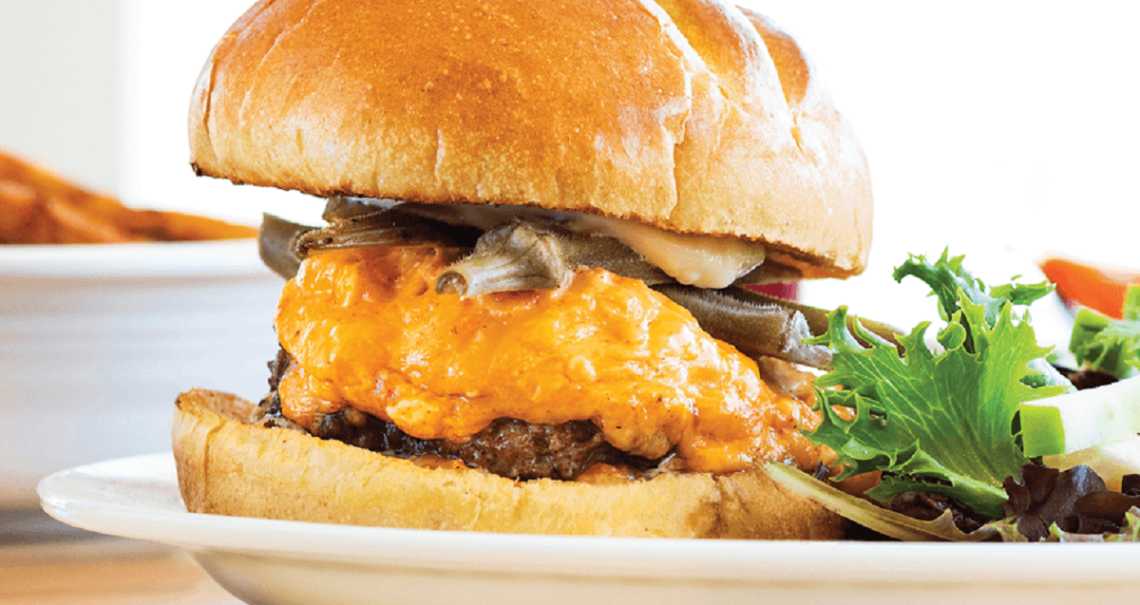 I needed to drive my two boys into far western North Carolina for whitewater-based reasons, and we needed to stop for lunch. We’d hit Marion at the right time, so: How about McDowell Local?

The restaurant’s social media presence was casual and unfussy (think: beer in a can) and bordering on joyful: Wednesday wing specials (garlic-Parmesan, spicy Szechuan, honey-horseradish), burgers (with toppings like buttercup cheese from Marion’s own English Farmstead), salads, and … a filet mignon special with smoked olive oil and sherry vinegar? Roasted salmon? Ramen Thursdays? What was this place?

This place, it turns out, is something like a dream. The menu: Southern-inflected comfort food, though not just Southern. There’s a smoked trout dip with house-fried corn chips, but also poutine. Black-eyed pea salad. A livermush sandwich served with house-made mustard and a grape, jalapeño, and onion jam. Ambitious specials that don’t forget to still be actual food.

Here is what I’m trying to tell you: I ordered the pickle plate, and it came with, among other things, pickled local blueberries. The light pouring in through the plate-glass storefront of the Blanton building felt sanctified.

We rearranged our trip so we could eat there on the way back, too. 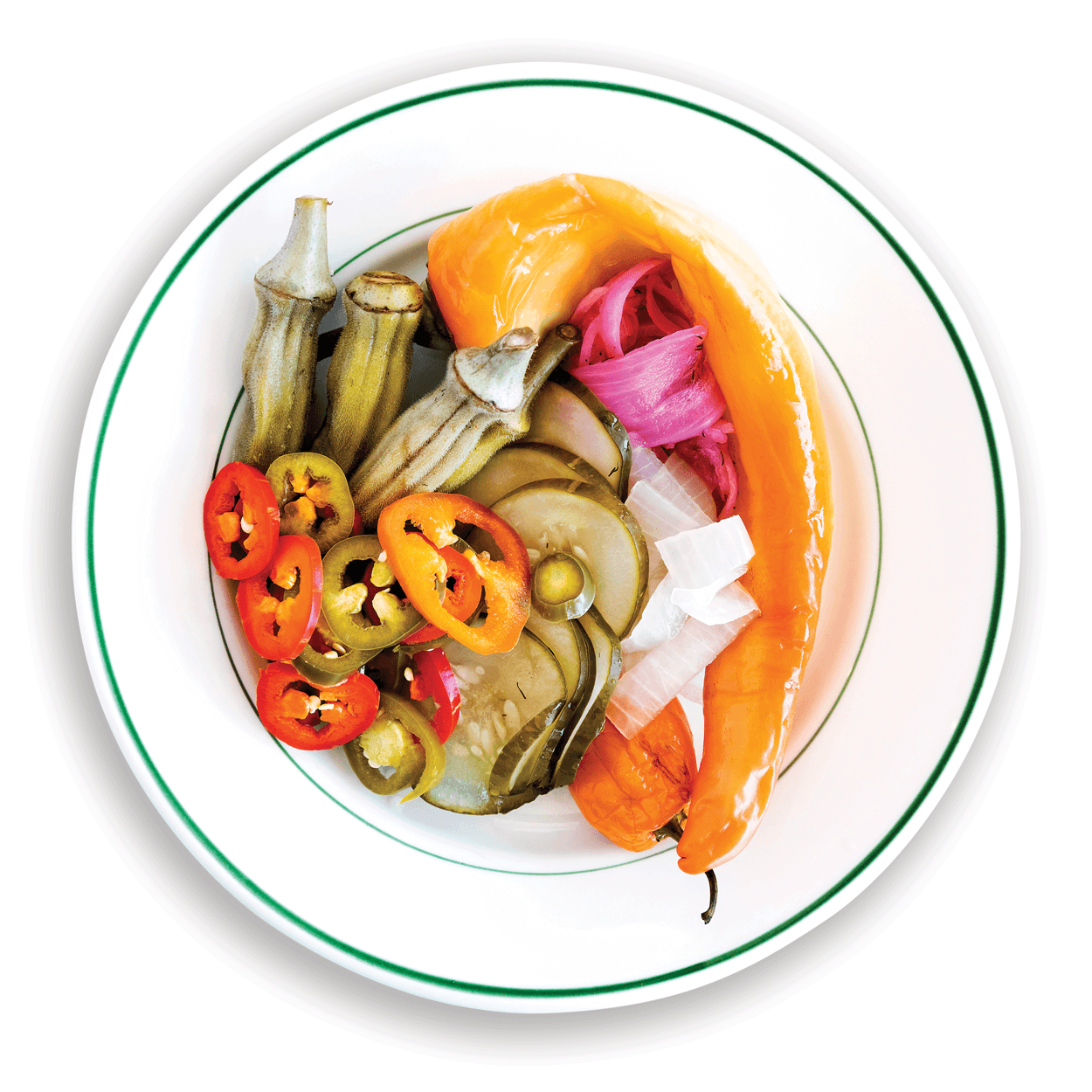 Odell’s Pickle Plate — like everything Lauren and Aaron Mathews pickle at McDowell Local — is named for Lauren’s aunt Odell. “It’s her simple recipe,” Lauren says, “and she was a big canner and pickler of all things.” Photo by Erin Adams photograph by Erin Adams

“We pickle everything,” Aaron Mathews tells me. But blueberries? “It’s nice to have the option to pull those out and have a memory of summer,” he says.

His wife, Lauren, agrees. “The pickles have really hit a nerve with people. There’s a nostalgia to it, to a pickled green bean. People say, ‘My grandmother used to do that.’” 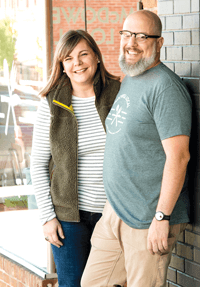 Aaron’s always been in food — he worked at (and eventually owned) a pizza joint in Black Mountain for 18 years, and was recently on staff at The Omni Grove Park Inn. It was there, he says, that he started down the path of local food — and realized that in a restaurant “that wasn’t serving 500 salads a night,” he might be able to achieve something purely local, or close to it. They decided to move to McDowell County, where the Chamber of Commerce and the Marion Business Association are eager and helpful, and where the cost of living makes something like this possible.

I ask about the filet hanging out on the same menu as the Titan, a fried-egg-and-bacon double cheeseburger. “At our core,” Lauren says, “we don’t want our food to be pretentious. We want it to be accessible. Food should be fun — and honest, and good, and local.”

To that end, the Mathewses source most ingredients from nearby farms, and they shop at the Marion and Morganton tailgate markets. “If we can keep it McDowell County, that’s great,” Lauren says. “If we can keep it western North Carolina, that’s great, too.” The servers’ T-shirts say “Local is good, y’all” in silk-screened cursive, and they’re right, every one of them. Local is indeed good.

Their neighbors agree. The restaurant was packed both times I was there, and everyone seemed to know everyone else. “Especially in a small town,” Aaron says, “you really build community when you sit at a table with people. It’s great when the city manager or the tellers from the bank or a book club comes in. People feel like this is their space.”

The Mathewses have caught something like lightning here: a menu that’s simple but endlessly mutable. They’ve built a small-town eatery that could stand shoulder to shoulder with any gastropub anywhere. They’re making food that challenges and comforts. They’re making pickled blueberries, y’all.