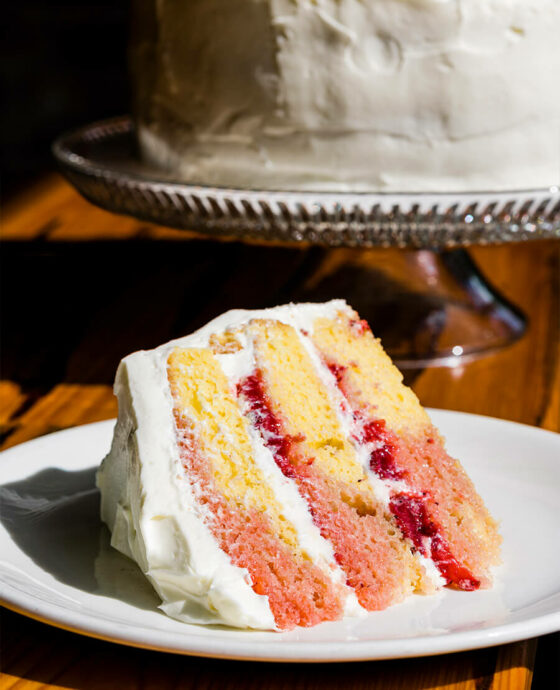 When Moser returned to New Bern in 2010, he brought back influences from his time in culinary school and real-world kitchen experience from trendy spots in Asheville and Charleston, South Carolina. You see those out-of-town touches in elegantly garnished cocktails in sexy glassware. They also show up in dishes that play to the whims of the culinary current, like charred octopus, shaved Brussels sprouts, and a spicy chicken sandwich.

But what makes Moser’s menu successful, what makes New Bern natives snag seats at the bar every night, is not what the chef brought back with him, but what he came back to — those eastern North Carolina hallmarks that informed his upbringing and inspired him to make a career out of cooking. The fried oysters dusted with cornmeal and served with tartar sauce are straight out of Moser’s childhood spent navigating the Neuse and Trent rivers in his grandfather Palmer’s boat. The seafood stew chock-full of shellfish and the collards seasoned with bacon are straight out of the rural Carolina canon. And, perhaps most important, the strawberry cake is straight out of his Mema’s kitchen.

Sitting in her tiny kitchen with yellow walls and a china cabinet filled with blue-and-white plates, Mema — or Marjorie Palmer to those outside the family — recalls decades of stories that took place in this space. She raised five daughters and doted on seven grandchildren in this house. A tea towel reads, “The kitchen is the heart of the home,” and it seems she truly believes it.

“I love to cook,” Palmer says with a twinkle in her eye. “Ashley got that from me.”

Moser, an only child, grew up with his parents on Perrytown Loop Road. As often as he could, he persuaded his mother to take him to his grandparents’ house on Simmons Street. At Mema’s, Moser watched Jeopardy! and ate strawberries with sugar and did his homework at the kitchen table. 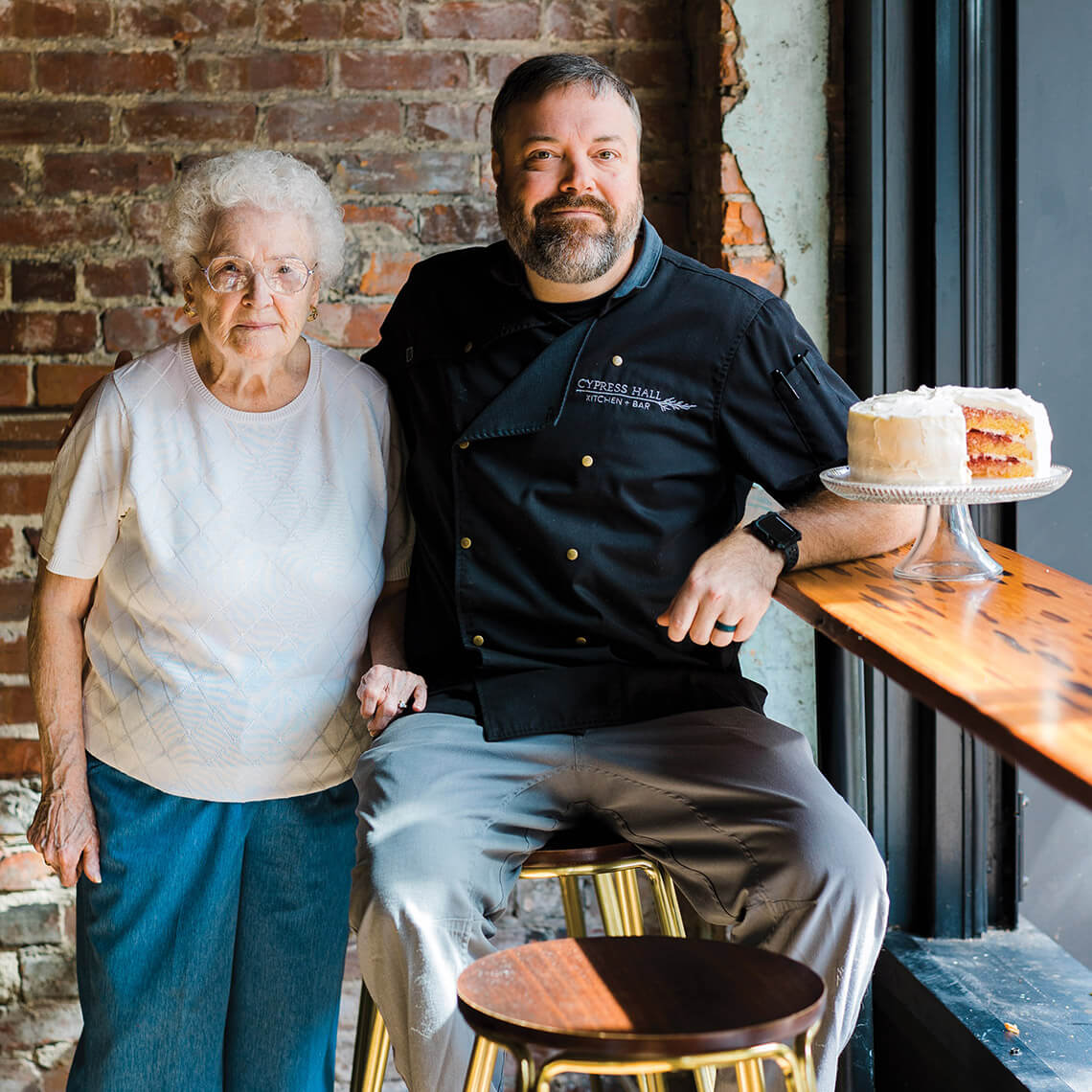 Palmer worked in the bakery and deli departments at Food Land, a local grocery store, and she always experimented. One day, she came up with an icing that would taste good on pretty much anything. Knowing how much her 4-year-old grandson Ashley loved strawberries, she decided to pair the icing with strawberries and vanilla cake. She’s been making the same cake for at least 40 years.

Long before Mema’s Famous Strawberry Cake showed up on a restaurant menu, Palmer sold whole cakes out of her home kitchen. She made them for birthdays and family reunions and even weddings. At Christmas, she’d sell as many as 40 cakes to people who wanted Mema’s recipe to be part of their family celebrations, too.

A stand mixer on the counter is the latest in a string of models that she’s worn out over the years. Now 90, she still bakes three or four strawberry cakes a month for the family. “I’ve baked all my life,” she says, “but I waited until I got old to get famous.”

The recipe for Mema’s Famous Strawberry Cake is a well-kept secret. Customers have taken home slices to deconstruct, and one even swears that she sent a piece to a lab. But no one outside of the restaurant staff and the Palmer/Moser family really knows what’s in the cake. When Mema gave the recipe to her grandson, she required him to sign a nondisclosure agreement. And Moser requires employees at Cypress Hall to do the same.

The cake’s construction is simple: three layers of vanilla cake with strawberries and icing sandwiched between and a final layer of icing on top. The entire combination is moist but not soggy, and each layer stands on its own. The cake layers bring to mind those little shortcake cups that show up in the grocery store every spring, accompanying the arrival of fresh strawberries. But the icing is the big mystery.

“It’s very light, and that’s about all I can say about it,” Moser says. “It matches the strawberries really great.”

At the risk of inciting laughter among the privileged few who know the icing ingredients, this writer would describe it as fresh whipped cream meets cream-cheese frosting, with that signature tang and airy mouthfeel. But I don’t know. And if I did, I would’ve had to sign a nondisclosure agreement to find out, so I couldn’t tell.

Even if I gave you the recipe, though, that strawberry cake wouldn’t taste like it does when it comes out of Moser’s kitchen. Why? Because, like Cypress Hall, that cake involves more than combining ingredients and serving. The dishes on the menu — softshell crabs in the spring and oysters in the fall and collard greens year-round — conjure memories of growing up in New Bern that can’t be written into a recipe. Your cake wouldn’t taste like Mema’s because you haven’t spent afternoons at her house, watching Jeopardy! and eating syrupy strawberries with a spoon. Thankfully, Moser has. And his dishes are his way of sharing those sweet memories.