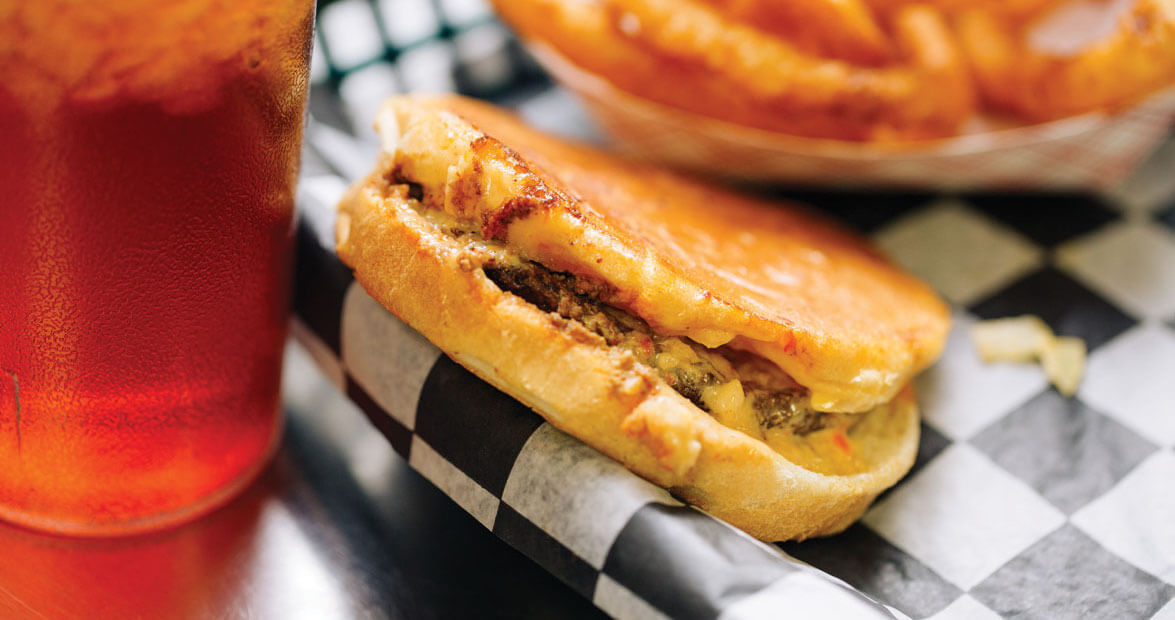 Everybody knows a cheeseburger without the cheese is, well, just a burger. But in Mocksville, where a former truck stop has evolved into arguably Davie County’s best-known culinary institution, it’s not the slice of cheese that makes the burger special — it’s the slather.

That’s the recipe for success at Miller’s Restaurant, where cheese — pimento cheese, that is — gets top billing on burgers.

Eventually, restaurants across the state and around the country caught on, but pimento has always been the big cheese at Miller’s. In fact, until just a couple of years ago, you couldn’t even get a slice of American on your burger unless you knew to ask for it; if you unwittingly ordered a cheeseburger without specifying what kind of cheese, you automatically got pimento.

“Everybody from around here already knew we put pimento cheese on our burgers, and that’s what they all wanted,” explains Carol Miller Dyson, whose father, Sheek Miller, opened the restaurant in 1952. “But we have a lot more new customers these days, so we’ll ask them if they want American cheese or pimento.”

And it’s not just the pimento cheese on the burgers that customers, um, relish. They also like it slathered on their foot-long hot dogs and cooked into their omelets. Some will even dip their french fries in pimento cheese.

“They put pimento cheese on everything,” Dyson says. “We also sell it in bulk, by the pint and quart.” 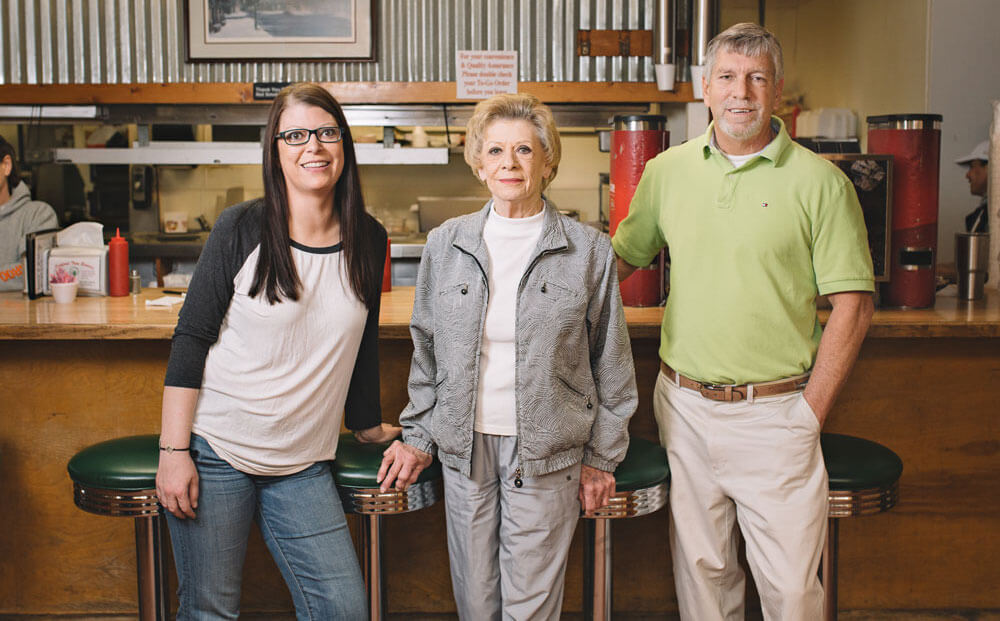 With help from his daughter Tess (left) and his sister Carol, owner Kip Miller carries on the family tradition. photograph by Revival Creatives

Family members say the pimento cheese recipe at Miller’s has been the same for decades. “It’s a secret family recipe,” says Dyson’s niece Tess Miller, who grew up working at Miller’s and is now the manager. Her father, Kip, owns the restaurant. “It goes back several generations. Even when people get pimento cheese on their hamburger by surprise, they decide to try it anyway — just to say they tried it — and most of them love it.”

History doesn’t tell us who first concocted the idea of smearing pimento cheese on a hamburger, but family members think it was either Sheek Miller or his father, Pop. Regardless, the burger was a hit from the beginning, and today — more than 65 years later — it remains the restaurant’s most iconic dish.

“I like that pimento cheese pretty good,” says 78-year-old J.R. Campbell, a Mocksville native who has been a regular at Miller’s since it opened as a 24-hour truck stop in 1952. “It’s just a different way of fixing a cheeseburger, and everybody likes it. It’s an old favorite and always has been.”

Apparently, Campbell himself is an old favorite at Miller’s, too, eating most of his meals at the restaurant during the week.

“Yeah, they know who the regulars are,” he says with a chuckle. “They pretty much know what I want to eat before I order. I go every morning about 10 o’clock to get a biscuit, and they’ve got it on the table with my coffee before I even sit down.” 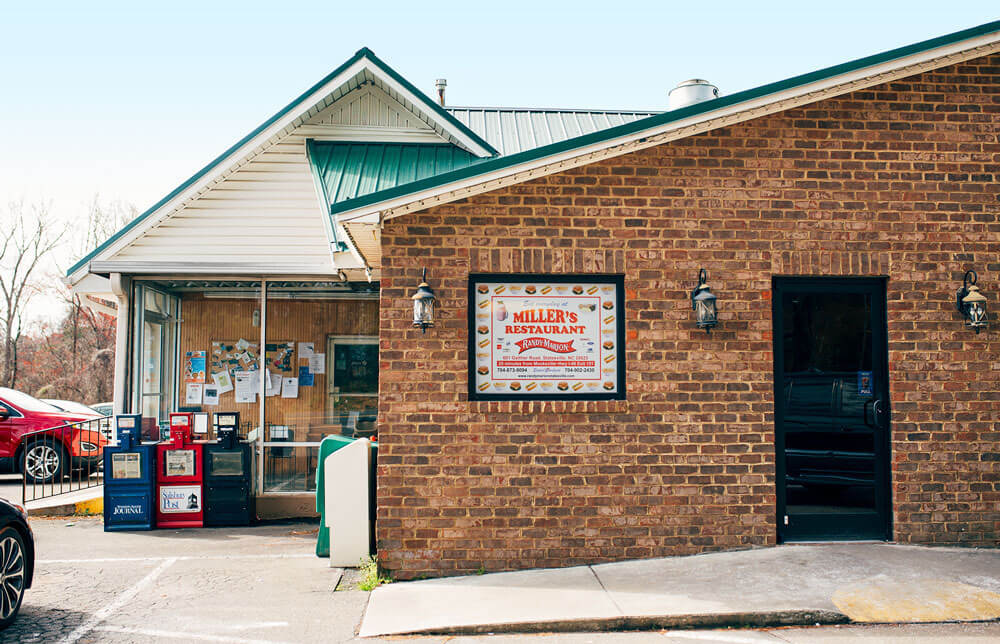 Miller’s has come a long way since its days as a truck stop, but the food is as good as ever. photograph by Revival Creatives

That’s one of the other specialties at Miller’s — familiarity. Call it what you want, whether you see it as down-home country cooking or Southern cuisine, but the menu at Miller’s reads like a Who’s Who — or a What’s What — of comfort food: Country ham. Meatloaf. Foot-long hot dogs. Sweet potato fries. Livermush. Biscuits and gravy. Chicken livers. Macaroni and cheese. Chuck wagon steak. Homemade cobbler. Sweet tea.

And, of course, that iconic pimento cheese. Miller’s no longer has the only pimento cheese burger around, but the faithful — who don’t mind spreading it on thick sometimes — will tell you it’s still the best.