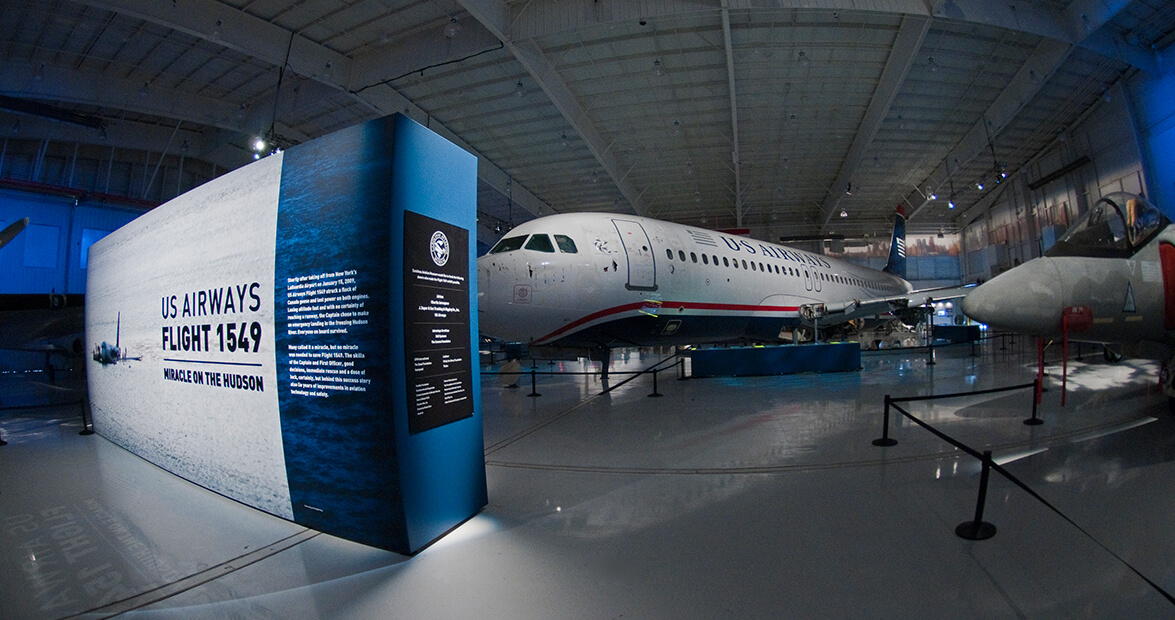 She’d catch the same flight home nearly every Thursday afternoon. Most times, it’d depart at 2:45 p.m., but the plane Beth McHugh would take from New York to Charlotte on January 15, 2009 was late.

After a snowy morning at LaGuardia Airport, US Airways Flight 1549 didn’t leave the ground until 3:25 p.m. In the grand scheme of airport delays and cancelations, a 40-minute time difference might seem inconsequential to the seasoned business traveler. But eight years later, McHugh credits the delay as being a small part of the reason why she’s still alive today.

It happens that the Hudson River is a quiet place at 3:25 p.m. on a given weekday. Instead of busily gliding across the river, many of the ferryboats are docked as they prepare for the evening’s earliest commuters, due to step aboard in about half an hour.

But at 3:31 p.m. that frigid January day, McHugh’s plane would crash-land on that same river. It was no longer quiet on the Hudson.

“I could feel the cold water,” McHugh says. “That’s really what told me that I was still alive.”

Had ferryboats crowded the river when Flight 1549 made its emergency landing, it’s possible that the news headlines could’ve been much grimmer. But not a life was lost that day. Instead of a tragedy, it was a miracle. The Miracle on the Hudson.

Of the 150 passengers aboard Flight 1549, 80 were from the Charlotte area, including McHugh. Charlotte-headquartered Bank of America had 24 employees on the plane. Belk had six.

While it happened in New York, some 532 miles away from Charlotte as the crow flies, the event has had a lasting impact on what McHugh calls “a family of survivors” in North Carolina.

“I can still feel those emotions if I go back to that day,” says McHugh, who sat in seat 20C. “For most of us, something will cause us to think of it every day.”

Memories flood back often, such as when she hears stories of plane crashes, or when a plane or flock of geese flies overhead.

It was geese that struck the Flight 1549’s twin engines just minutes after takeoff.

“I hadn’t even taken my book out of the front pocket of my seat,” McHugh says.

There was a giant boom. The engines had died.

Some of those who sat behind the wings could see that the engines were on fire, but not everyone was aware of what was happening. When the sound of the engines cut out, quiet fell over the cabin.

“It was like a library inside of the plane,” McHugh says.

It’s at this moment that you might expect pandemonium — maybe because of the movies you’ve seen — as the graveness of the situation began to set in. But McHugh heard no screams, no cries.

“I didn’t see people being panicked or frightened,” McHugh says. “I heard people praying. I saw people taking their cellphones out to call home, whispering, and talking very gently.”

In the cockpit, Capt. Chesley “Sully” Sullenberger and First Officer Jeff Skiles didn’t have time to panic either. They were faced with choices, none of which were a sure bet.

They received clearance from air traffic control to return to LaGuardia or land at Teterboro Airport in New Jersey, but Sullenberger realized that the plane was descending rapidly. Without the thrust of the engines, he had no room for error. The plane barely cleared the George Washington Bridge, and skyscrapers loomed in the distance.

After quickly weighing his options, Sullenberger decided to land the plane on the water. In a calculated move, he ensured the tail of the aircraft hit the water first — as opposed to the nose — to minimize damage.

Passengers heard their cue from overhead: “This is your captain. Brace for impact.”

What really only lasted half a minute felt like forever to McHugh.

What happened after the landing was immortalized in photographs. Passengers huddled together on the wings and rafts of the aircraft. Ferryboats gathered around the scene, assisting in the rescue. All were alive. All — aside from a few with minor injuries — were well.

In the days that followed, passengers pieced together their lives and parts of the “miracle.”

You could say a lot of things saved Flight 1549 that day. There was the fact that the river was largely clear of ferryboats. And the chance that this happened in New York, a city that was equipped to handle disasters following September 11. And even though the river was cold, it wasn’t filled with troublesome sheets of ice like it would be just 24 hours after the landing.

But truly, it was the knowledge and the efforts of the Sullenberger, Skiles, and the rest of the crew who saved McHugh and others that day.

“If I had known who he was and that he was at the front of the plane, I wouldn’t have been so terrified,” McHugh says of Sullenberger and his years of experience.

McHugh still lives in Charlotte. She often retells her story to guests at the Carolinas Aviation Museum.

In 2011, the museum received the Miracle on the Hudson plane after it went on an eight-day road trip from a New Jersey warehouse, where it was stored after being recovered from the Hudson River. Crowds gathered along the highway to watch the fuselage’s big move.

Now museum visitors can marvel at the reassembled plane, as well as other artifacts from that day, for themselves.

“It’s remarkable to think about the Wright brothers taking their first flight just over a hundred years ago and to think that we’ve come so far,” says Katie Swaringen, interim director of the Carolinas Aviation Museum. “That we could have the technology like the A320 [aircraft] that has fly-by-wire controls and could safely be landed in the Hudson River and everyone survive.”

Before Flight 1549 landed on the Hudson, McHugh didn’t know a soul who sat beside her. Now she calls many fellow passengers her friends. The crew and passengers attend a reunion every year. They’ll catch up over drinks every so often and keep tabs on each other’s lives on social media.

As for McHugh’s perspective on life, it changed immediately after January 15, 2009.

“I didn’t become this saintly person with no faults, which is what you would hope you’d do. We’re still human. We still do the things we’d do before,” she says. “But we’re grateful for small things, grateful for every day that we get to be alive.”

Carolinas Aviation Museum will hold a celebratory screening of Sully, starring Tom Hanks as Capt. Chesley Sullenberger, in honor of the Miracle on the Hudson’s eighth anniversary on January 15. Watch the movie while seated under the wings of the plane. 4-6:30 p.m. Tickets $4.