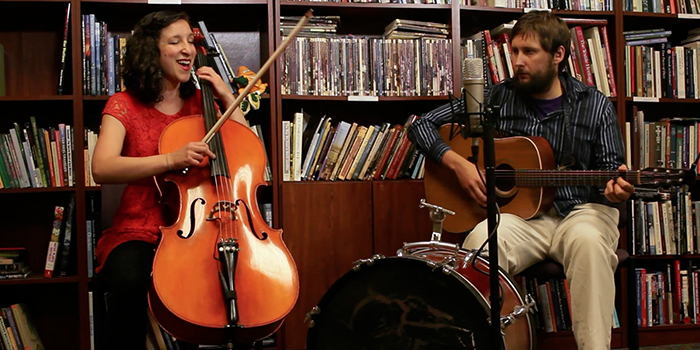 Rooted in the rich music scene of Asheville, NC, Ryan Furstenberg and Melissa Hyman began playing together for fun when both were part of successful bands touring the Southeast. When those bands went their separate ways, Furstenberg and Hyman chose to join forces rather than get a job. The result of this collaboration – between an impossibly sassy cellist from New York and a whimsical fingerstyle guitarist from Eastern North Carolina – is hard to forget, but easy to fall for. – The Moon and You

Our Music in the Library series is bringing some of North Carolina’s best musicians into our offices, instruments in hand, to perform a song or two just for us. We’re filming these live performances and showcasing them on our website. See the performances at music.ourstate.com.