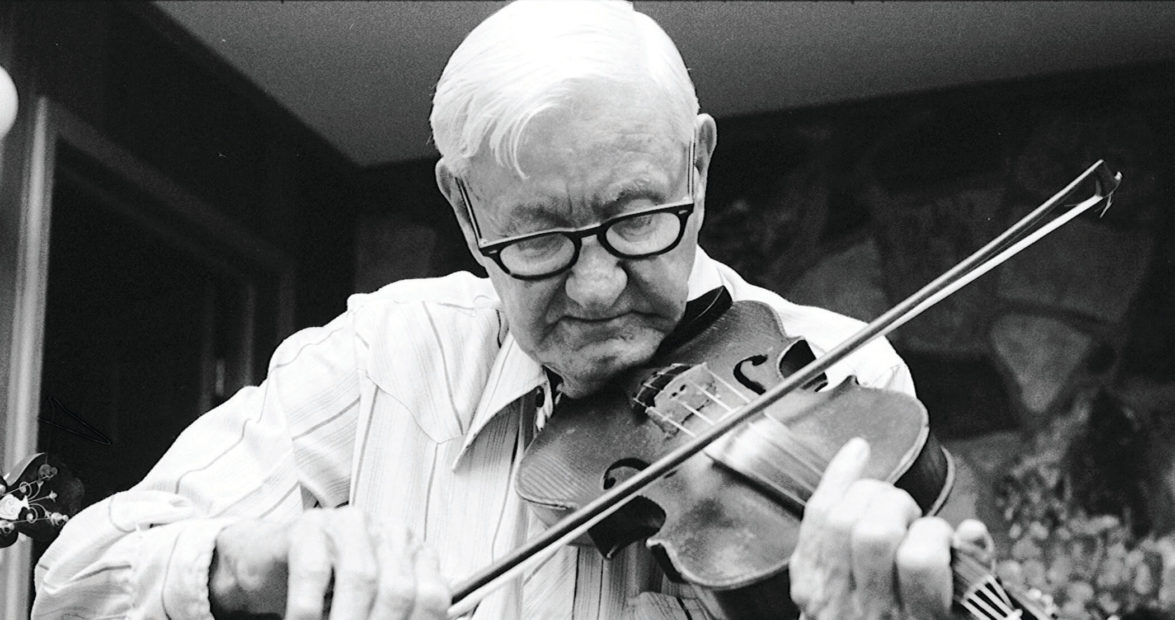 From the 1960s through the mid-1980s, folk musicians from around the world traveled to Mount Airy to meet one man.

They came to listen to, play with, and learn from Thomas Jefferson “Tommy” Jarrell, a fiddle player and master of Round Peak music, an old-time music style for which the region is known.

Beginning this month, the Mount Airy Museum of Regional History will celebrate Jarrell’s story along with the rest of the area’s rich musical heritage as a part of Museum on Main Street, a partnership between the North Carolina Humanities Council and the Smithsonian Institution Traveling Exhibition Service. Titled “New Harmonies: Celebrating American Roots Music,” the 10-month exhibition begins its tour in Mount Airy and will move to five other sites: Warren County Memorial Library, Warrenton (May-June); The Museum of the Albemarle, Elizabeth City (June-July); The Arts Council of Wayne County, Goldsboro (August-September); Mars Hill College Museum of Rural Life, Mars Hill (September-November); and The Don Gibson Theatre, Shelby (November-December).

“We chose the sites based on their ability to host the exhibition and to showcase local roots music heritage,” says Darrell Stover, program officer with the North Carolina Humanities Council and statewide coordinator of the exhibition. Although Jarrell passed away in 1985, Mount Airy continues to be a regional music center. Local radio station WPAQ (AM 740) remains an old-time music station and still draws crowds to “Merry Go Round,” a weekly performance broadcast live from downtown since 1948.

The Mount Airy Museum kicks off the exhibit March 13 with a morning program at 10 a.m. and a reception at 5 p.m. On April 17, The Carolina Travelers welcome guests The Round Peak Ramblers at the Downtown Cinema as part of the celebration.