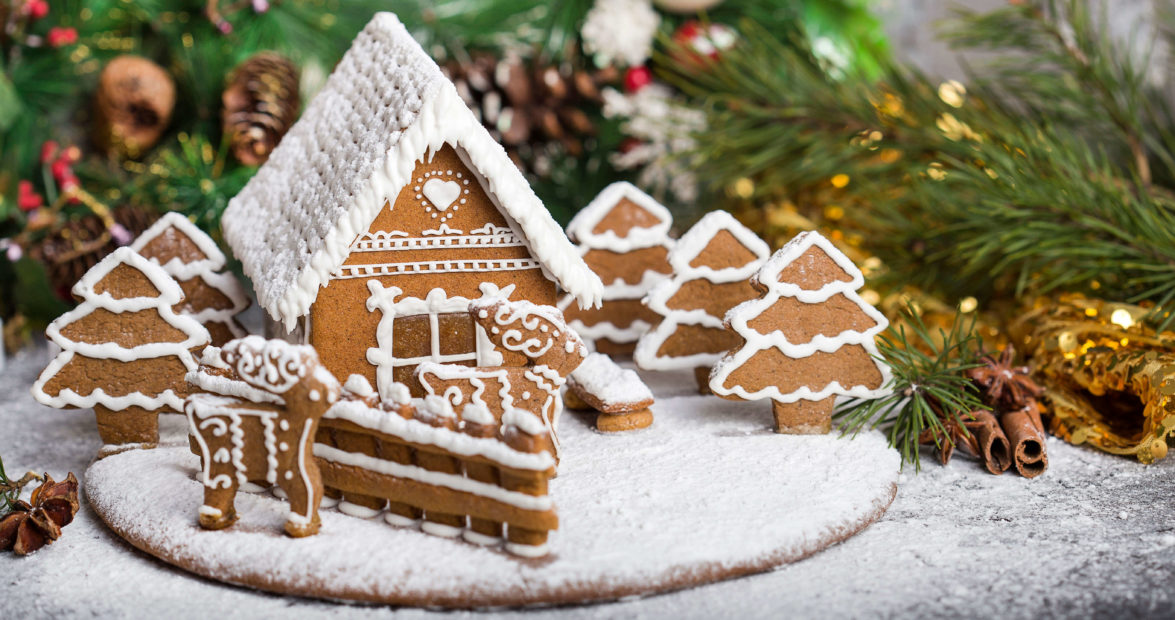 In November, more than 300 competitors creep carefully into The Omni Grove Park Inn, carrying delicate structures made of gingerbread that they had driven as much as nine hours from Michigan, Florida, Texas, and other distant places. Many have been here before, making the tense trip year after year for the same reason: to win the Super Bowl of their craft, The Omni Grove Park Inn’s annual National Gingerbread House Competition.

For most of December, many of these awe-inspiring gingerbread structures are showcased throughout the inn. Winners in each of the four categories — adult (18 years and older), teen (13-17 years old), youth (9-12 years old), and child (5-8 years old) — are displayed along the lobby level. More entries are shown along level 7 of the Vanderbilt Wing.

No matter the age or background of the contestant, each structure is an engineering wonder. These are people who can certainly appreciate the painstaking effort to build the inn’s original granite building 97 years ago, when a crew of 400 men dragged hundreds of tons of granite boulders up the mountainside, with the help of mules, ropes and pulleys, wagons, and a lone steam shovel. Dealing with gingerbread is easier, but the construction work leaves contestants stressed and exhausted nonetheless.

“It’s very intense,” says The Omni Grove Park Inn Special Events Manager Heather Brannan, who oversees the contest and subsequent display. “I think my favorite place to be is in the Grand Ballroom at the last moment, when you see people who have just driven eight hours and dad’s all stressed because he’s been driving all day. Meanwhile, you have mom freaking out because they have to get the house that last few feet into the ballroom. But the moment they set it down on that table, they relax.”

The inn was modeled after the grand old railway hotels of the West. The lobby, known as The Great Hall, features 24-foot ceilings and two gigantic 14-foot stone fireplaces, one of which stays lit throughout the holiday season. The largest of the more than 40 Christmas trees, an 18-foot beauty, stands in The Great Hall, and the staff gathers there once a day during the week to lead Christmas carols. Just about every day, a different school group stops by to sing along.

The inn also holds a yule-log lighting ceremony and a Christmas tree lighting ceremony, but the top draw for both guests and visitors is the display of gingerbread structures, many of which are guarded by Plexiglas shields.

“We learned the hard way with that,” says Brannan. “There’s just something about a gingerbread house that makes people want to touch it.”

Brannan and her second-in-command, Special Events Assistant Brian Davis, have one warning for people who come to see the gingerbread structures: Prepare to be amazed.

“In 2007, we had an entry that looked very much like Whoville from How the Grinch Stole Christmas, which I loved because growing up I always watched that Christmas special,” says Davis, who, as the point man for all the contestants, has business cards that include a second title, “The Gingerbread Man.”

Entries don’t have to be houses. One of Brannan’s favorites was modeled after a snow globe. Davis recalls an adult entry in which a couple baked slabs of gingerbread, painted them with icing to look like playing cards, and literally built a house of cards.

“We call it a ‘gingerbread house’ competition, but limiting [contestants] to houses would limit their creativity,” says Davis. “We encourage them to create whatever structure they like.”

In the five years he has judged the competition, chef Nicholas Lodge says the caliber of artistry has gotten better and better. Lodge teaches sugar art and cake decorating at the International Sugar Art Collection School of Sugar Art in Norcross, Georgia.

“Gingerbread is such a fun medium,” he says. “I love judging the adult category, but the teen and youth categories are also very entertaining. It’s fun to look at something through a child’s eyes. They see things in a different way, and it’s cool to see how they use different types of candy to create characters they watch on TV. Kids have so much imagination.”

Brannan, Davis, and the rest of The Omni Grove Park Inn staff field hundreds of questions about the houses, which prompted them last year to start offering guided tours. The tours give all sorts of insights into how the structures are put together, which is interesting given that all the building materials must be edible.

“[Participants] use everything you can imagine to make these structures,” says Brannan. “You hear stories about PVC pipes they use as molds to get rounded edges. You’ll look at these little pieces and wonder how they did it. The iron railing from a house two years ago was actually made from the little letters in alphabet soup. She glued them together with icing and then painted it all with black icing. It was just amazing.”

Brannan suggests arriving in early December, when the houses are still in relatively good shape. The inn’s staff of pastry chefs stands at the ready to make repairs as needed, but Davis estimates that only about 75 to 85 percent make it all the way to the end.

The only days in December not to visit the gingerbread structures are the five or so days around Christmas, when the award-winners and a few backups are trucked north to New York City for a Christmas Eve appearance on “Good Morning America.”

They return and stay on display until just after New Year’s Day. By then, Davis says he’s already fielding calls and entry forms for the next competition. The road back to The Omni Grove Park Inn and the Super Bowl of gingerbread-house building is a long one. Fair warning.

The winning creations will be on display Wednesday, November 20, 2019 – January 4, 2020. For information on the 2019 National Gingerbread House Competition, please omnihotels.com.