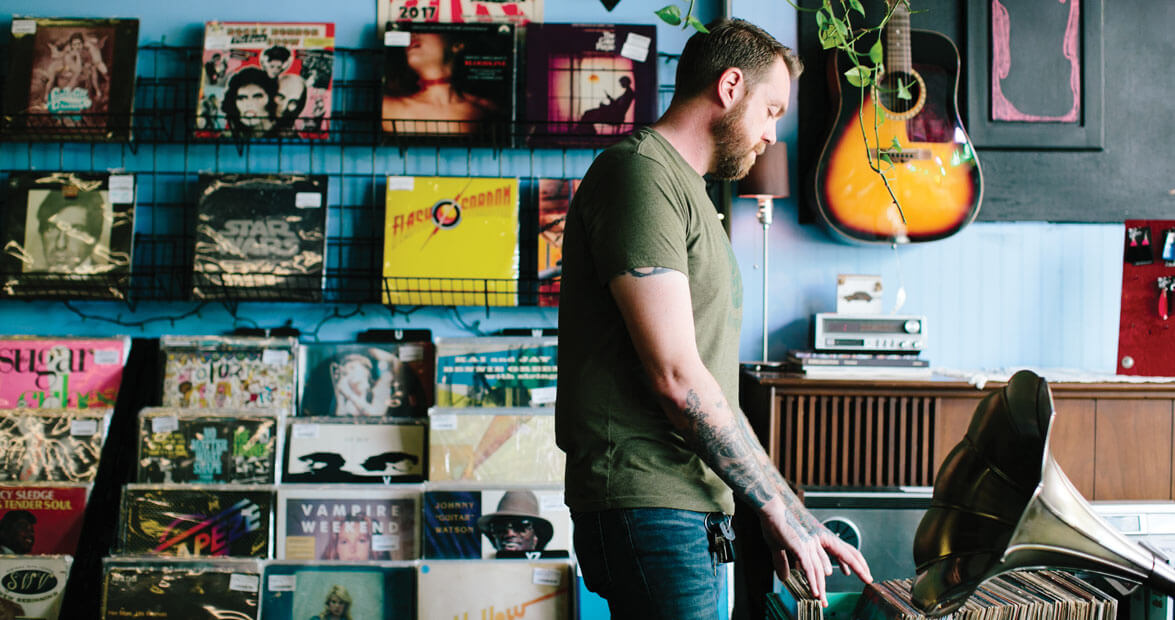 Michael Moore had a vision. As the longtime owner of an antiques store in Wilmington, he imagined a place where businesses like his could come together and flourish. A place where people could stroll between shops with ease, browsing vintage furniture and rare collectibles.

So when he got the chance to move his store to Castle Street in 2004, he recognized the opportunity that was before him. The area had been a bustling shopping district in the 1950s and ’60s, but malls and shopping centers eventually drew businesses away. By the 1990s, most of the buildings, save for a few early antiques stores, stood vacant. Excited by the area’s potential, Moore encouraged other shop owners to follow him to Castle Street — and they did. Slowly, at first, but soon, the two blocks between Fifth and Seventh streets were bursting with new businesses. Today, the area is home to not just antiques stores, but restaurants, art galleries, a theater, and a wine shop as well, all full of people exploring the Castle Street Arts and Antiques District that Moore had dreamed of. 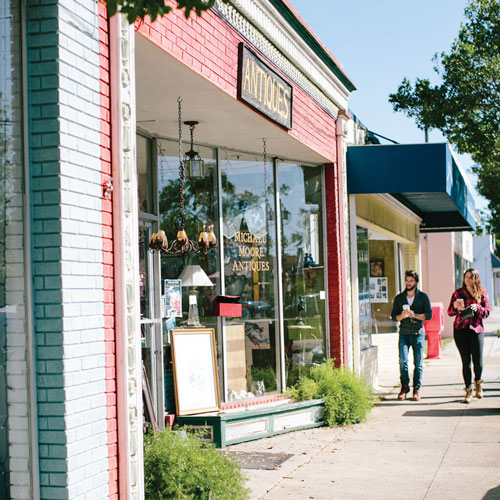 Michael Moore Antiques. Known as the “ambassador” of Castle Street for his role in developing the district, Michael Moore has been selling antiques since the 1980s. His store specializes in lamps and light fixtures, but you can also find furniture, toys, and collectibles.

Gravity Records. Since opening in 2004, Gravity Records has made a name for itself as an independent music store selling rare, vintage, and contemporary vinyl. But owner Matt Keen’s dedication to music goes beyond records: After moving to Castle Street in 2013, Keen renovated an old storage room in the back of the shop for live music and other performances.

Jess James + Co. After working in the fashion industry in New York City, local style editor and fashion consultant Jess James opened her shop on Castle Street in 2016, where she hosts fashion shows, style swaps, and trunk shows. Her boutique is filled with her favorite vintage clothing and accessories, as well as antique books and prints. 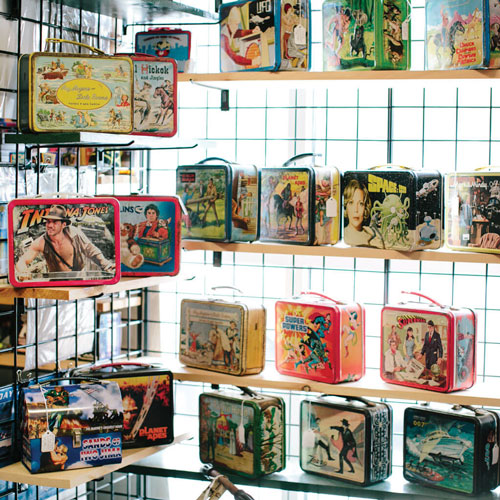 Whatever Wilmington. Styled as a “pop culture curiosity shop,” Whatever Wilmington is as much museum as it is store: Browse movie and TV props and memorabilia, comic books, posters, vintage toys, and oddities you never knew existed. 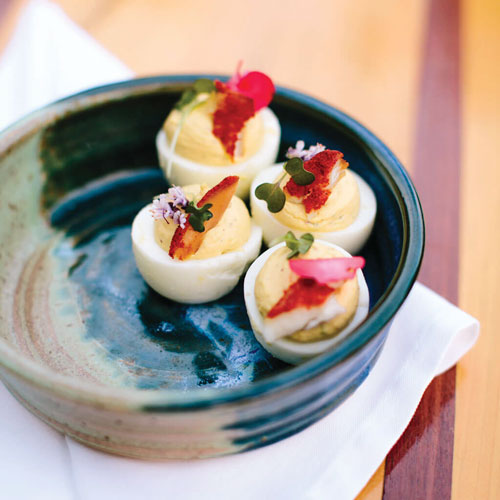 Rx Restaurant and Bar. Located in the former Hall’s Drug Store, Rx is dedicated to working with local, organic farmers and fishermen. Try one of Chef James Doss’s modern Southern recipes, like deviled eggs with smoked triggerfish and basil, or enjoy a seasonal “elixir” or “sweet prescription” from the cocktail and dessert menus. 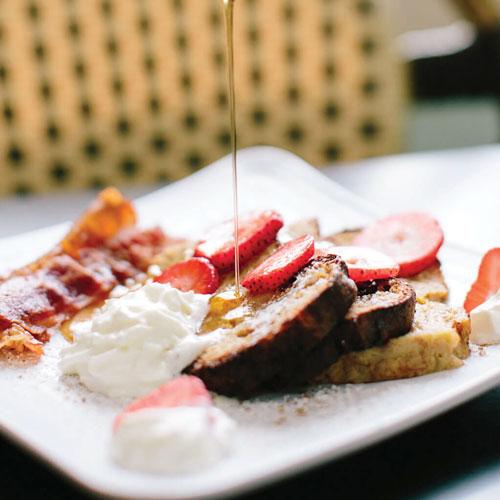 Jester’s Café. What started as a coffee shop in 2005 has morphed into one of Castle Street’s most beloved restaurants. The café is best known for its Sunday brunch, featuring dishes like French Toast Casserole, which is baked, sliced, and loaded with sweet toppings.

Cape Fear Playhouse. In 2009, after 12 years of performing in rented spaces, local theater company Big Dawg Productions found a home in the former Friendly’s department store on Castle Street. Today, the 50-seat theater hosts not only the company, but also performers who need to rent a space, just like Big Dawg once did. 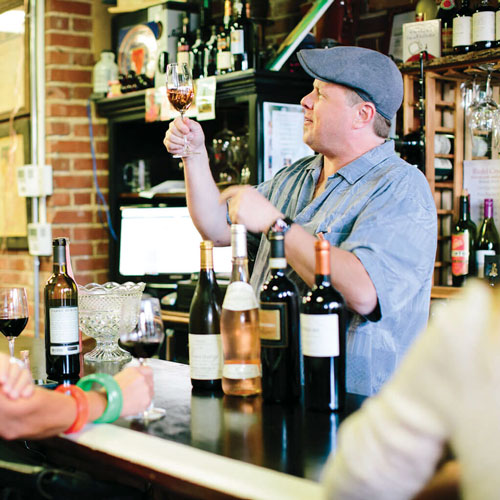 Wilmington Wine. Enjoy a glass of wine at Castle Street’s only wine shop, either on the quaint back patio or at one of the shop’s many events. Owner John Willse (above) hosts free tastings on Friday nights, as well as live music, arts events, and wine and cheese pairings all year long.