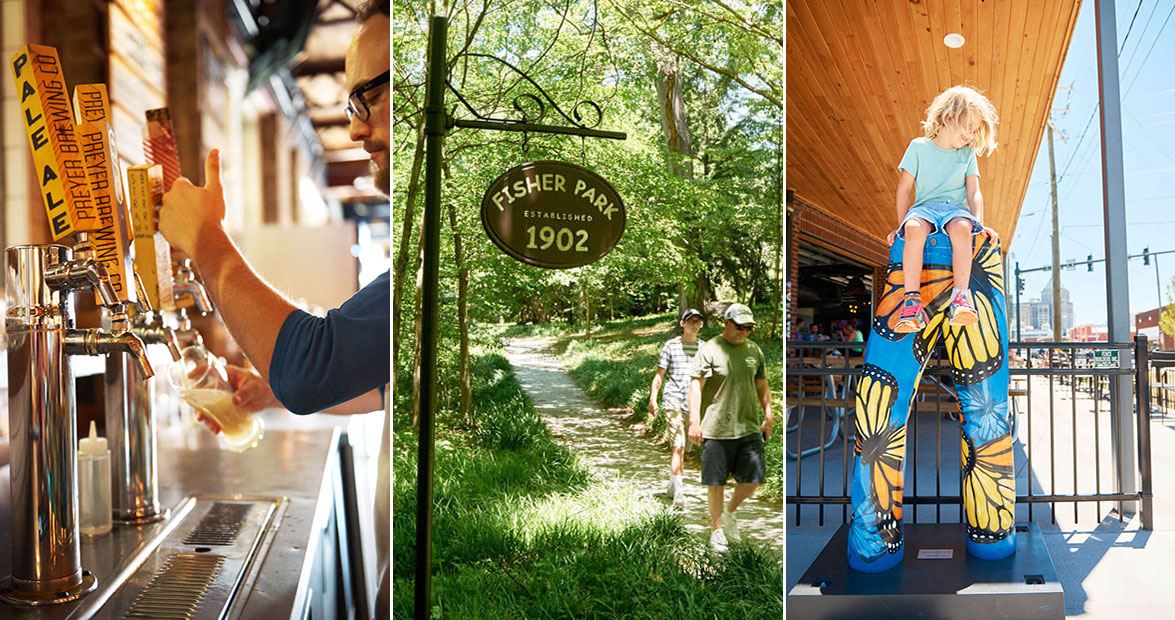 When surveyors reached the spot, after climbing through wild thickets and woods, they must have been confused. Here? It was 1807, and they’d set out to find the center of Guilford County. It just happened to be in a swamp. Greensboro, the county seat, was instead established a mile south.

Nearly 100 years later, wealthy businessman Basil J. Fisher announced his plan for the land that had been cast aside: a beautiful park surrounded by houses. By 1910, Fisher Park was the most prestigious place to live in the city — one stretch of North Elm Street inspired locals to call it the “Gold Coast.”

Soon, more modest houses popped up, too, and young families settled in. But the heart of this haven has always been the shaded, grassy area at its center: the city’s first public park. The core of Greensboro, gifted to its people. Today, the history here feels lived-in and well-loved. The homes, the park, the new restaurants and breweries — all are reminders of the beauty of community. 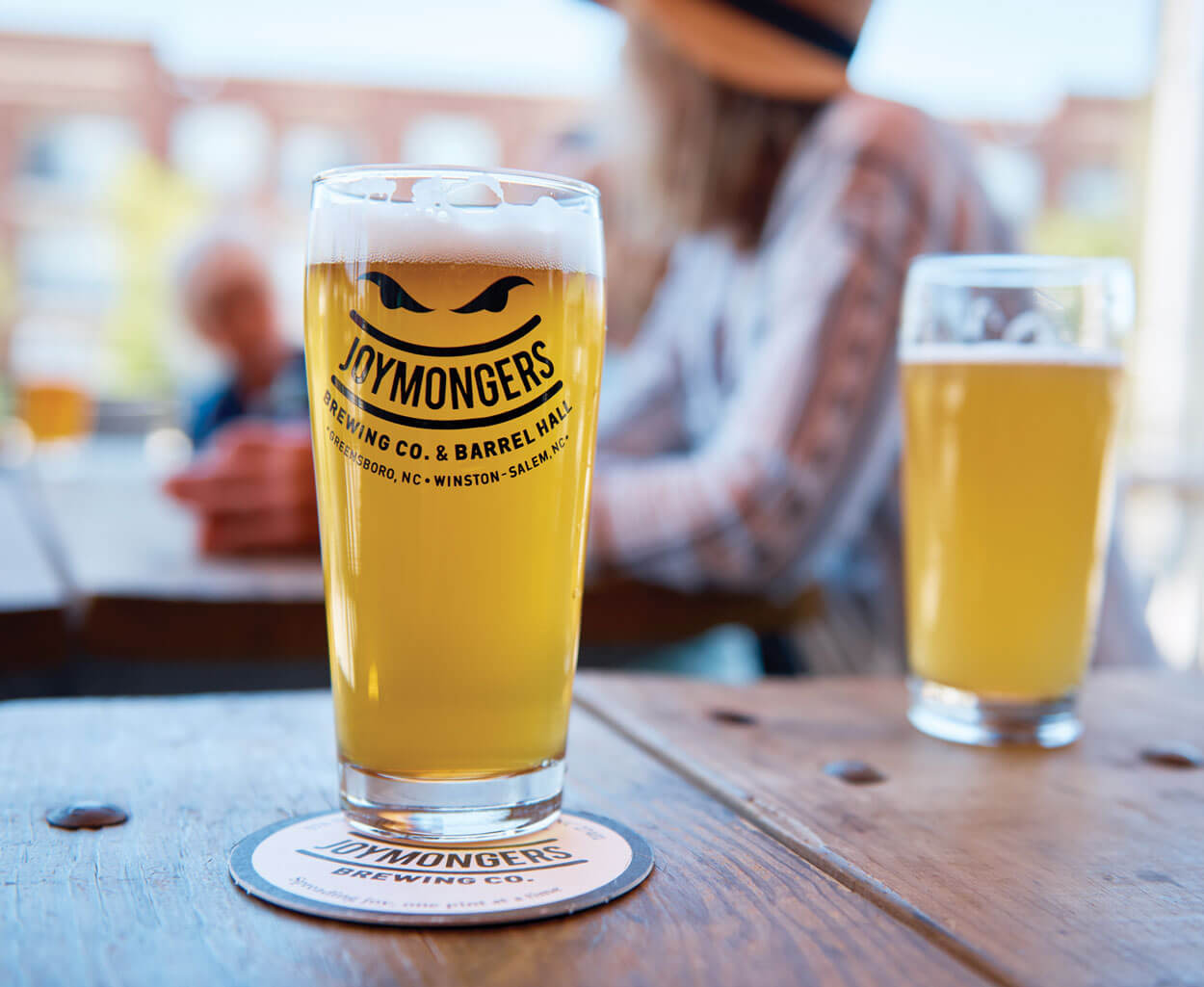 Craft brews at Joymongers Brewing Co. taste even better on the outdoor patio, where little ones can play. photograph by Joey Seawell 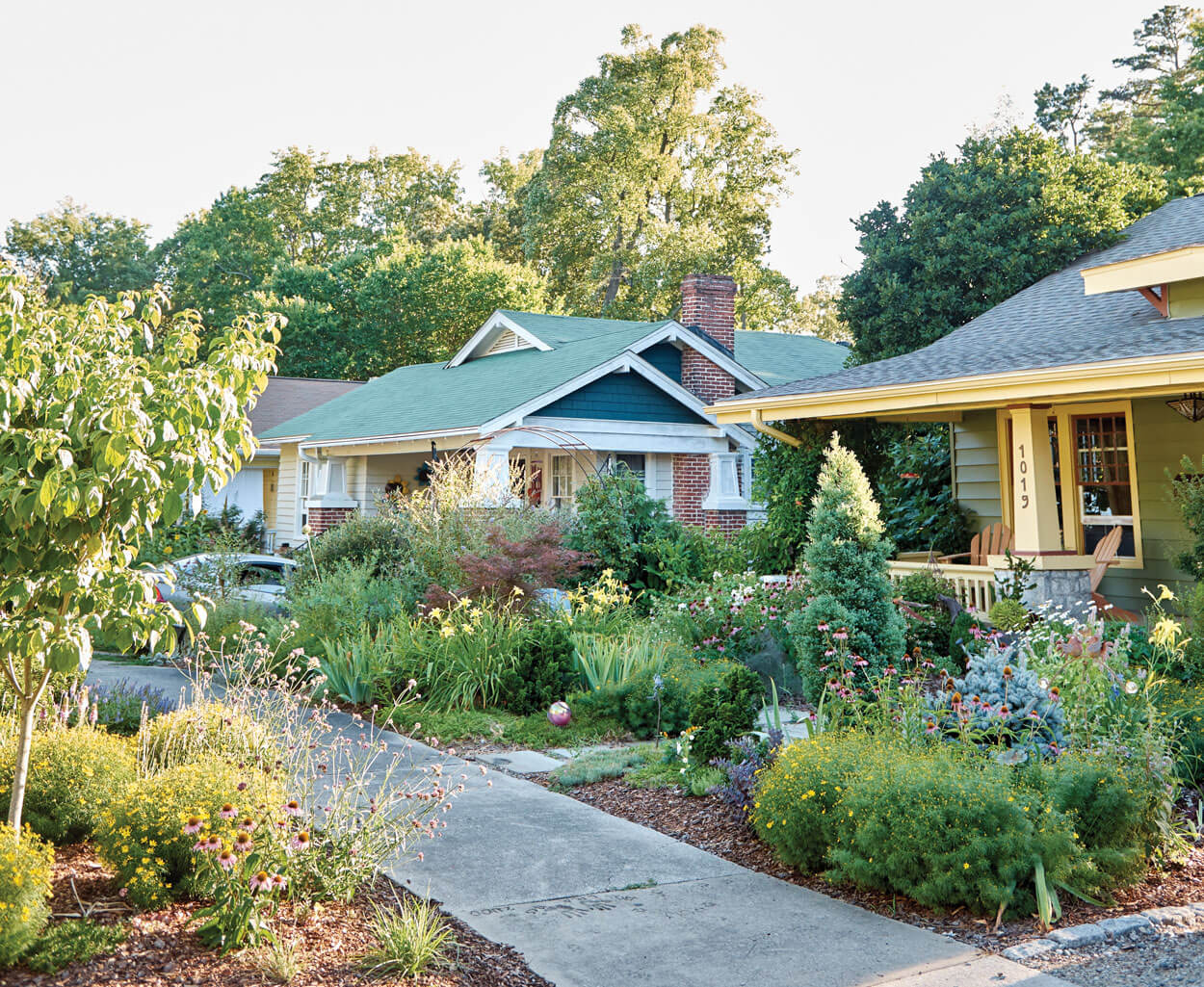 A stroll down the shady sidewalks of Wharton Street offers a glimpse of the historic 1920s-era bungalows in Greensboro’s first suburb. 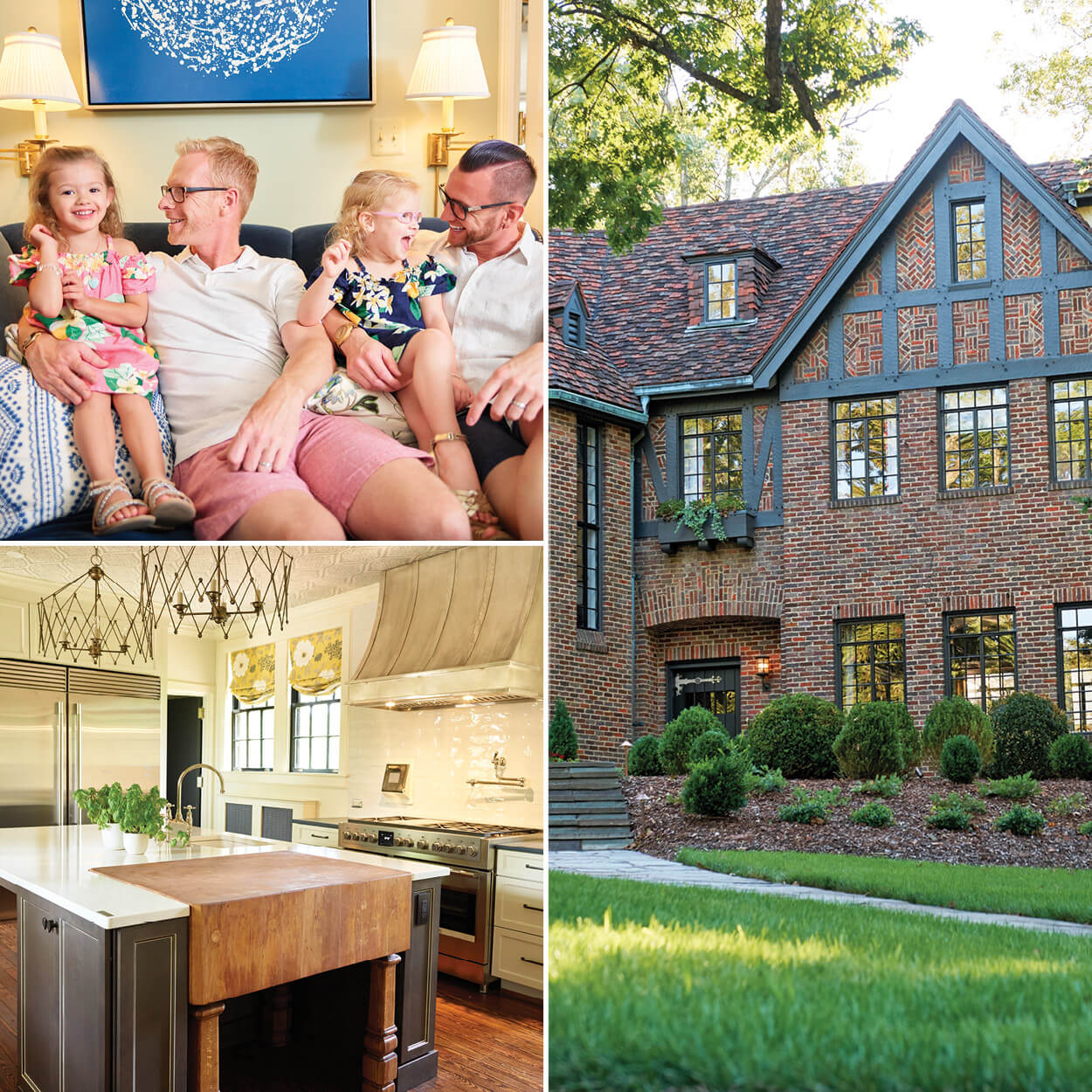 With a lot of hard work, Michael and Eric Fuko-Rizzo (top left, with their twin daughters, Elizabeth and Victoria) turned the historic Fisher Park mansion known as “Hillside,” built in 1929 for millionaire Julian Price, into a home that makes passersby pause. photographs by Joey Seawell 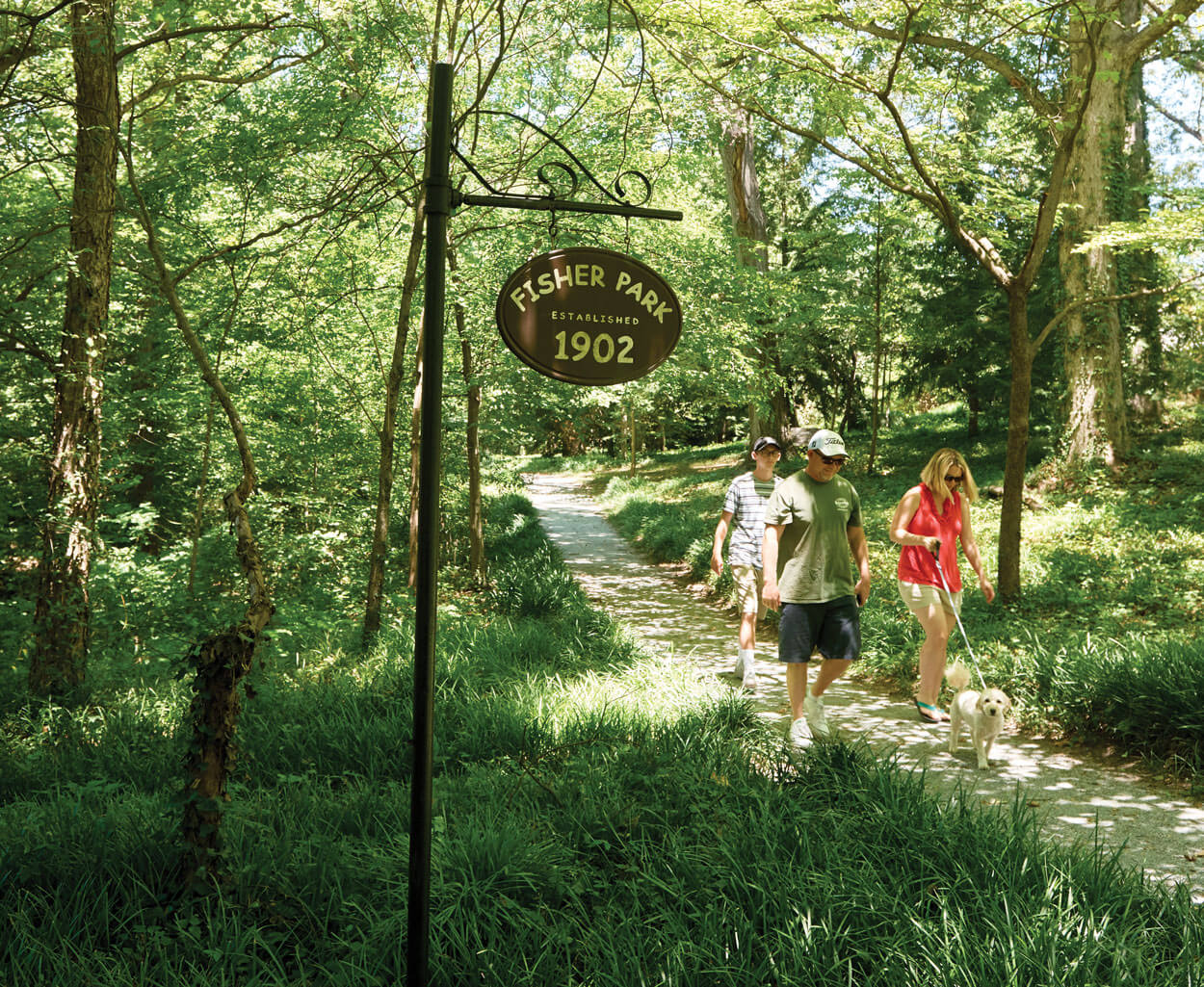 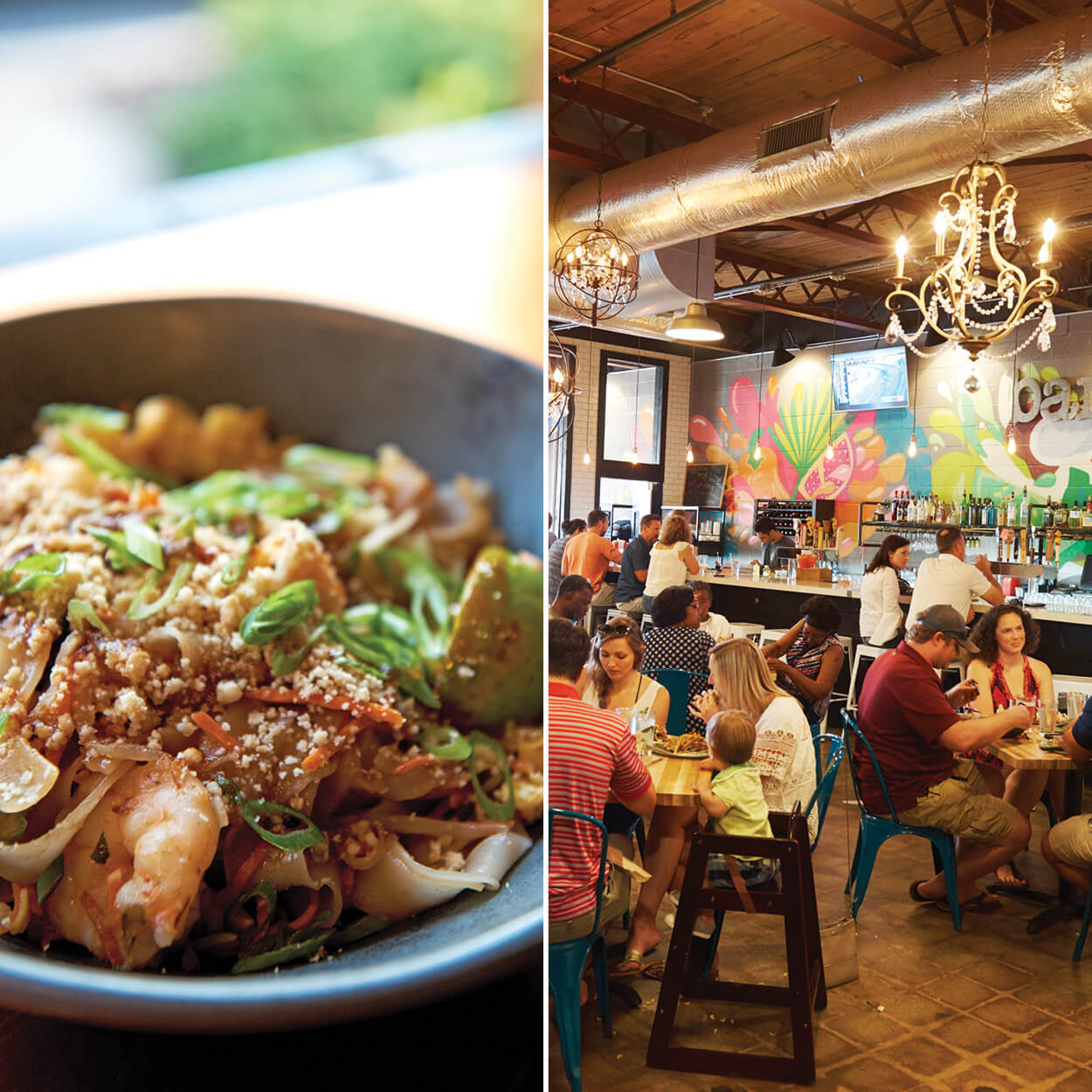 At Crafted — The Art of Street Food, dishes like shrimp pad Thai, Korean short ribs, and lamb gyros may sound exotic, but they’re made with as many local ingredients as possible. photographs by Joey Seawell