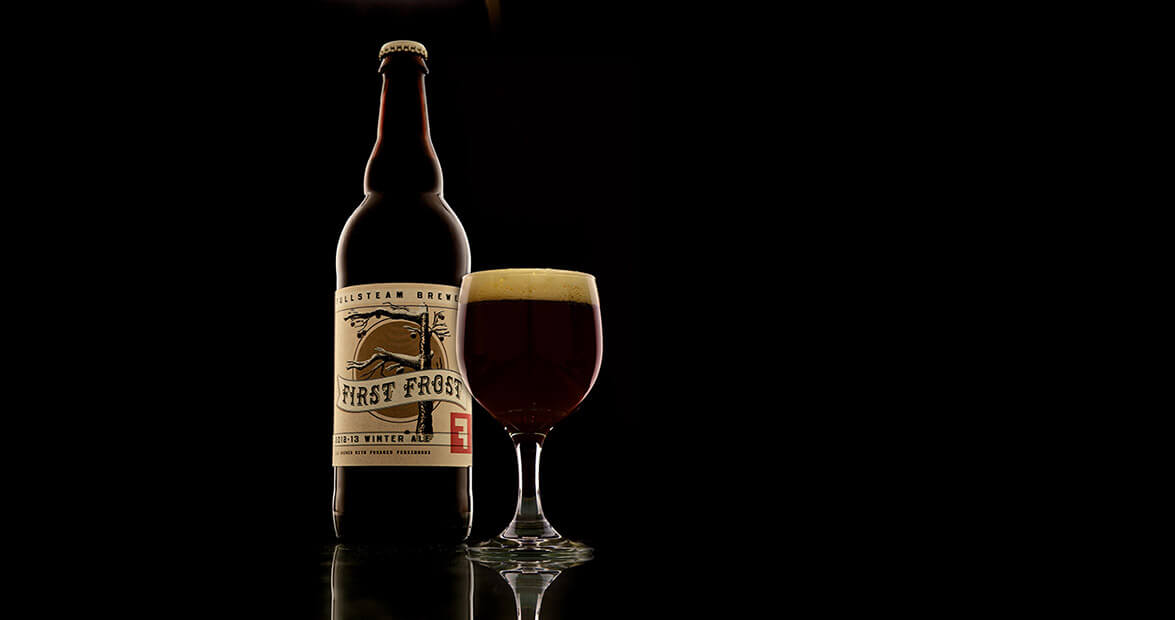 For those who aren’t fans of traditional seasonal beers but want to add just a bit of holiday cheer to their pint glasses, NoDa Brewing Company’s Hoppy Holidays fits the bill. This American IPA isn’t “spiced heavily with notes of cinnamon, nutmeg, and Santa’s tears,” says head brewer Chad Henderson. Instead, piney Simcoe hops give this drink a distinctive zip, which is further accented by spruce notes. Henderson suggests pairing Hoppy Holidays with a dish featuring sausage and peppers. A dessert featuring tart cranberries brings out the bright flavor of this beer, too. This year’s batch is available on draft and in cans.

Its color might closely resemble that of coal, but trust us, you’ll want a bottle of this bourbon barrel-aged imperial stout in your Christmas stocking. Hints of coffee and molasses give this beer a robust but smooth profile. As with other full-bodied stout beers, Mother Earth Brewing’s Silent Night should be paired with decadent foods that can hold their own and aren’t easily muddled. Your party guests will love it alongside aged Gouda or a raspberry chocolate cake.

The first holiday brew to ever come out of Asheville, Highland Brewing Company’s Cold Mountain Winter Ale has established itself as a crowd-favorite winter warmer in the past two decades. Vanilla is the most prominent flavor you’ll get on the palate, but you’ll also pick up on subtle notes of hazelnut and cinnamon. With a strong malt backbone, this is a comfort beer that deserves to be enjoyed by the fire. A starchy dish like potato latkes goes perfectly with the Cold Mountain Winter Ale.

This porter, blended with cold-steeped French vanilla coffee, is as aromatic as it is pleasant to drink. With each sip, notes of dark roasted coffee and cocoa linger, but don’t expect this specialty brew to last long on draft. Wilmington’s Front Street Brewery only releases two batches each year, so grab a growler and get it while you can. We suggest pairing this beer with a warm bread pudding. This combination serves as a sweet cap on an evening spent with friends.