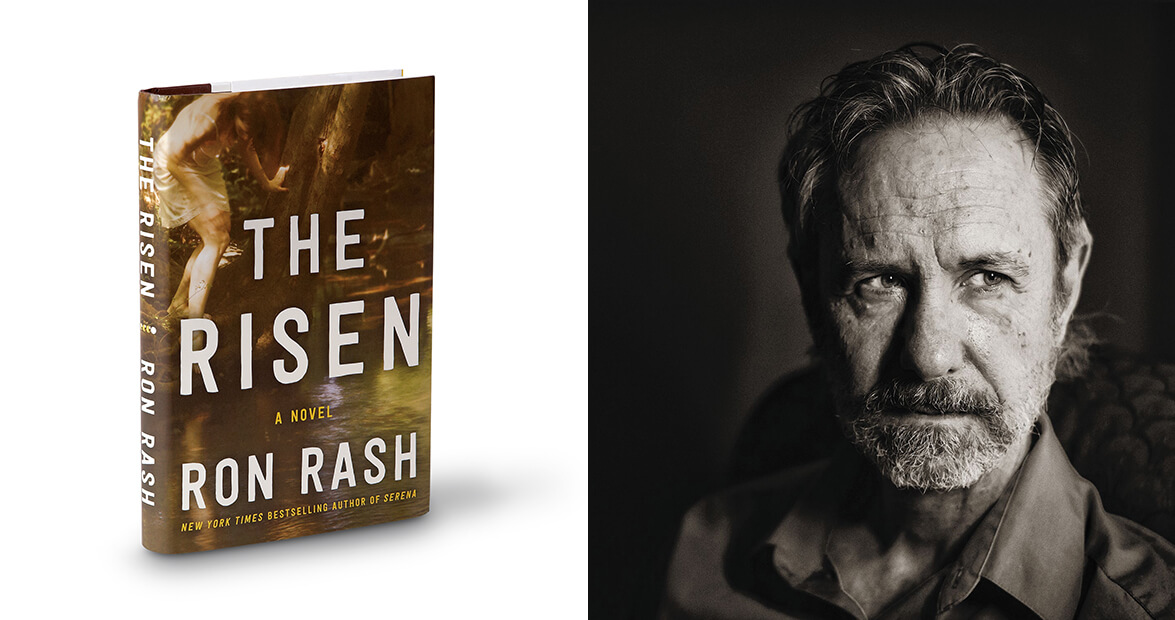 “Besides, don’t I already know who was responsible for what happened to Ligeia Mosely? I’d been at Panther Creek when the threat was made. I was the one who brought her there in the first place.”

Eugene Matney, narrator of Ron Rash’s latest novel, The Risen, finds a news article that drags to the surface a tragedy triggered 40-odd years earlier — one he feels complicit in.

On a hot summer day in 1969, teenage Eugene and his older brother Bill are fishing. They see a beautiful girl emerging from the shaded water. She’s a runaway who’s been sent to her mountain relatives for the summer — a geographical cure. Her name is actually Jane, but her chosen name is Ligeia, from Greek mythology — one of the sirens who lures sailors to their deaths.

Panther Creek runs through the heart of the novel, which, like all of his novels and short stories and poems, is rooted in Ron Rash’s country — the remote, beautiful, and sometimes harsh mountains of the western Carolinas. In Rash’s vision, landscape is not just setting; it’s character, defining the fates of its people and their yearnings, for better or worse.

“I remember as a child passing man-made lakes near where I lived and thinking of how whole towns had existed under that water,” Rash says. “Whole lives. The thought was always chilling, and it remains so.” This image closes Rash’s debut novel, One Foot in Eden. As the Jocassee Dam does its work, the waters from four rivers slowly filling the lake, one character looks down from his boat, floating above land where people he knew had walked only days before.

Rivers are mutable, and hidden under that rushing or sliding water is mystery. Rivers nurture and destroy, hide and reveal. In this way, they are all like stories, and Rash knows so well how to harness them.

In Saints at the River, a child drowns at a riverside family picnic. We are with her, under the water, in her final moments. Her grieving family wants to recover her body; doing so will require a dam that could do major environmental damage. The quandary takes over an entire community.

“I wanted to create as morally difficult a situation as I could,” Rash says.

As an artist, he is seeking a delicate balance. “I am not trying to be an advocate. I want to be a witness. I am trying to raise the questions, not give the answers.”

And the joy of reading Rash’s river-threaded stories is that he never fails to do just that.