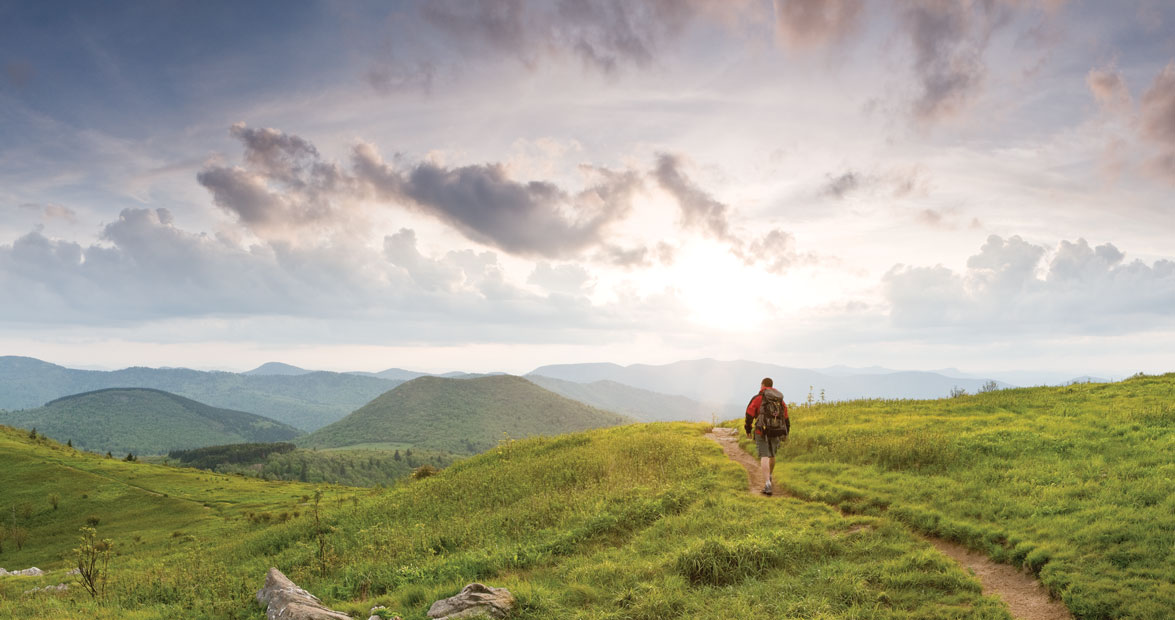 1. After suffering a heart attack in his 40s, the late hiker Art Loeb began walking in Pisgah National Forest, eventually hiking his way to good health. When he died in 1968, the Carolina Mountain Club named his favorite trail in his honor. Today, it runs 30.1 miles through Shining Rock Wilderness and across Black Balsam Knob, and it’s proof that walking can lead to great things.

2. I recently found myself strolling around Duke University’s campus. Near Cameron Indoor Stadium, I spotted Coach Mike Krzyzewski, who promptly spilled coffee on himself. Like a dolt, I asked for a picture. He politely declined since, you know, the coffee. Then the strap on my satchel snapped. “Huh,” Coach K said, with a look that said, Karma. I walked back to my car, where Coach K, now behind me, called out that I was about to speed off with a cup of coffee on my roof. We chatted for a bit. In short, we’re best friends now. Kinda.

3. Once, when I lived in Charlotte, I walked the seven miles to work. It took two hours. I was proud of myself, but in an “I’ve achieved something that is not practical and I will never do again” sort of way.

4. Do not take trails and paths for granted. Joseph Hiatt, a ranger at Dismal Swamp State Park, attempted to walk five miles across the thickest swath of the park. In one day. He tried, and failed, twice. “It’s pretty brutal out there, with the thorns,” he says. And the ticks. And the squishy ground. At one point, he was moving at a half-mile per hour. What was he most thankful for? “A compass.”

5. I’ve been walking on my lunch break. At first, I scoffed at the idea that walking counts as real exercise. But in two months, I lost 20 pounds. Full disclosure: 10 of them magically melted after a stomach bug.

6. It’s not that any one walk will change your life; it’s the routine. For example, my weekly stroll through Guilford Courthouse National Military Park generates really good ideas. Conversely, I stopped walking through the Greensboro Arboretum because it made me feel self-conscious about my landscaping.

7. On Knotts Island, I walked five miles along the canal trail in the Mackay Island National Wildlife Refuge until the land came to a point. In this remote, deserted place, hundreds of birds flitted overhead. Currituck Sound unfurled before me in three directions. And in that moment, I felt something I never feel in a car: a sense of achievement.

8. My son, now 3, already has a strong sense of direction. We discovered this when he strode out of my in-laws’ house in Carolina Beach. We found him halfway down the block, heading for the ocean. Later, after everyone calmed down, our family took a walk on the sand, a breeze at our backs, and Charlie took off again, walking as if he could go on forever, with me happy to follow.