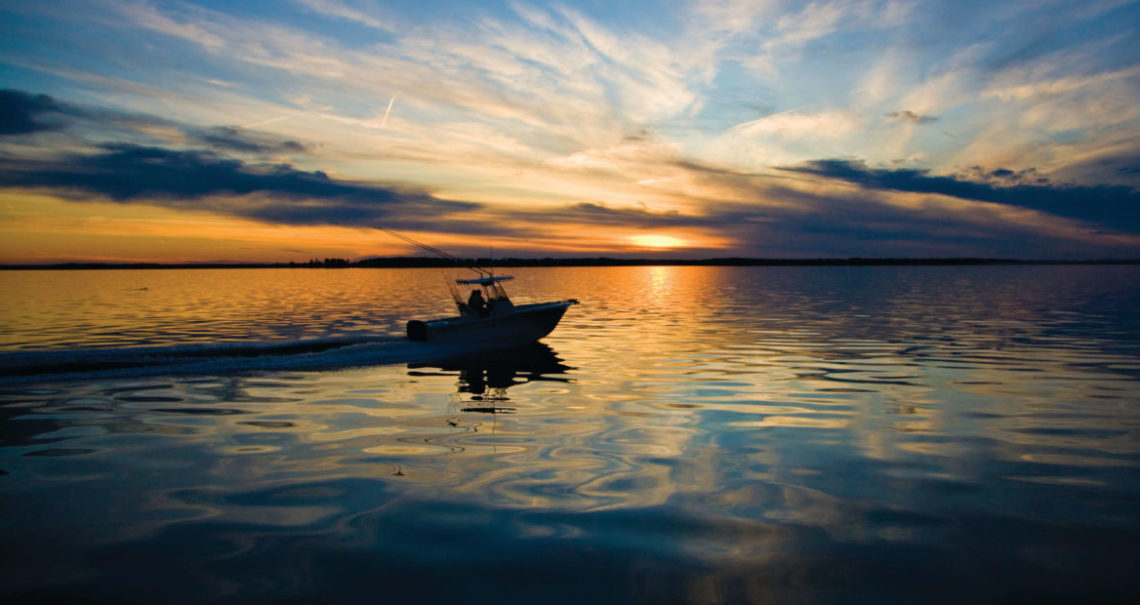 Our little farm on the Pamlico River was near Gaylord’s Bay, where the ferry crossed east of Bath. On Friday afternoons after everyone was out of school, we packed up to make our 200-mile drive across eastern North Carolina. It was a strange juxtaposition of worlds. Our home in Irving Park was a block from the Greensboro Country Club, a place where we swam, played tennis, went to parties. Our house was a modest Dutch Colonial, but mansions stood at each end of the block, overlooking the golf course and nearby clubhouse.

Closing the front door, we set out on the five-hour drive that took us first through Raleigh and then to Wilson, where we stopped for barbecue at Parker’s. From Wilson, we drove through Greenville and then on to little Washington. Twenty miles later, we passed Bath before finally turning off the two-lane highway to leave civilization, driving along dark woods toward our farmhouse. Exhausted from the long drive, we’d stumble out of the station wagon and make our way through the screen door to fall into bed.

For the next couple of days, we would lounge in the sun. We’d swim and sail. We’d sunbathe on green vinyl chairs along the shore or walk the mushy bottom until we found the water deep enough for a raft. We got as tan as possible.

On the boat, we’d pull up the heavy canvas that popped in the wind as the big folds opened skyward, the cloth coming to life like a giant standing up. Sometimes we set sail for an overnight to Oriental. If we had a good wind, we’d sit at the bow and hang our legs over to catch splashing waves with our toes. In deep waters, we’d anchor, climb over the rail, and dive overboard, propelling ourselves like movie stars into the cool, dark waters. Our parents talked, smoked cigarettes, drank coffee, and studied the charts. We laughed, read books, and ate peanut butter-and-jelly sandwiches.

For nearly three decades, this river was a part of our family. My parents bought the 11 acres when I was a senior in high school. It took us to a world different from our Greensboro home.

On the Pamlico, we had just a little clapboard house. Our mother fixed it up by painting the wooden floors dark green and the beadboard walls white. Secondhand furniture got a coat of white paint; she upholstered chunky chair cushions in cheerful greens and yellows.

The river was a place of practicality and wildness. The farmers hunted deer and quail, and ate them. At a certain time of year, they went to an inland shack to harvest their soft-shell crabs. One summer when sailing with my father near Belhaven, we spotted a huge swimming Labrador that turned out to be a bear. It lumbered ashore, ran through town, and climbed a tree, causing the town’s fire truck to come racing out of the garage. In these flatlands, pecans loaded the trees; persimmons covered the ground. Jellyfish swam into the dark waters when it was warm, drifting in from the ocean, and once a snake sprang from underneath a beached sailboat and bit my terrified sister.

In the afternoons, we’d walk along the roads searching for sharks’ teeth and fossilized dolphin bones. Scientists say this land was once an ocean floor. Miles from our house, in deep beds along the shoreline, spaceship-size shovels dug up prehistoric fossils of whales and sharks. At Texasgulf, the largest integrated phosphate mining and chemical plant in the world, cranes hollowed out moon-like craters, turning up ancient walrus tusks and puffin bones.

The water’s partner was the wind, but the arrangement was not always amicable. Sometimes the wind would blow so violently from land that it beat the river back from the shore. When this happened, knobby cypress knees and thick mud sucked for moisture; tangles of roots showed an underwater skeleton. I once saw a tornado out over the water, drawing a waterspout into life from the murky foam.

When the two were getting along, they made a fine couple. For me, the best afternoons were alone in a Sunfish, holding the sail hard and sitting on the bare edge of the boat to fly as fast as I could. It was three miles to the other side of the river, an exhilarating trip that included crossing the ferry channel. Alone in the boat wearing a snug orange life preserver, I would watch the small bow cut into dark waves as I soaked up the sun and became master of the wind. At times, the wind lured me across only to abandon me. I would drift about for hours, waiting for it to relent and return. There was no way to call for help, but I always made it home by dark.

After college, I married my high school sweetheart, a man who loved to hunt, and the two of us went to the river from our Raleigh home as often as we could. We got to know our neighbors well, as he hunted dove and quail and deer with them. I learned more ways to cook venison than I like to recall.

A few months after my wedding, my mother was diagnosed with cancer. Three years of fear and hardship followed, with little understanding of what to expect. I suppose we had false hopes that she would get well. On a cold day when I was 25, my father and siblings and I cast from land in a small fishing boat and scattered her ashes over the water, a light snow falling. This was her wish, to be placed where she had felt the wind and the freedom of a full sail.

Despite the cold, my father lingered to speak of the nature of water, that all the waters in the world are connected. The rivers become oceans, the oceans create clouds, the clouds bring rain, the rains make rivers. It was into this living tomb that we placed our mother’s remains. I never saw anyone cry like he cried that day.

The seasons changed; I had children. Soon, I was showing them what I knew about the river. They showed me more. They would set up a pretend house in thick stands of reeds, using sheets of plywood as floors. They discovered tiny shrimp, transparent as little glass sculptures, swimming in the white-sand stream that skirted our property. Ospreys flew across the water; egrets and herons picked their way through the shallows.

On long walks, we watched birds and gathered sharks’ teeth. We poured wet plaster into deer tracks, returning the next day to recover a hardened mold. We ate fresh flounder and venison burgers and marveled at the asparagus stalks that came up in spring and the red spider lilies in the fall. From our little vacation spot, we traveled to the tulip fields in Terra Ceia, started in the 1940s by a family from Holland. We visited the wildlife refuge at Lake Mattamuskeet and the Elizabethan Gardens on Roanoke Island. We rode ferries, looked at Revolutionary War cannonballs stuck in old buildings in little Washington and climbed to the top floor of the Belhaven town hall to see Miss Eva’s museum.

After my father died in 1994 and we returned to scatter his ashes on the river, the place that once seemed so close slipped away. It wasn’t that it had moved, but history took it from us, sealing it into a past that was gone. The struggle to keep up the house and to make the long drive from Charlotte or Greensboro, where most of us now lived, seemed overwhelming. By the end of the 1990s, our house went on the market.

In October, my sisters and I went back. We arranged to visit our former neighbors, the Masons. I couldn’t remember the last time I had seen them. On the phone, Barbara invited us to lunch. It was just like the old days. The table was set with the same Franciscan plates painted with pink roses, and a pot of fresh collards with dumplings simmered on the stove. We sat around the table with Jack and Barbara, until Jack offered to drive us around to old haunts.

We stopped first at our old home. The trail between the properties had grown over and disappeared. The fruit trees my parents planted were laden with apples and pears, and the wide lawn was just as green and lush as it had been decades earlier. We walked down to the shore and shielded our eyes against the sun to watch the ferry pass. I stepped back and snapped a picture of my sisters standing there with Jack, their backs to me, unaware of what I was doing. I closed my eyes to remember the moment, the feeling a camera cannot capture. A profound sense of peace swept over me, like a wave that crests, and disappears.