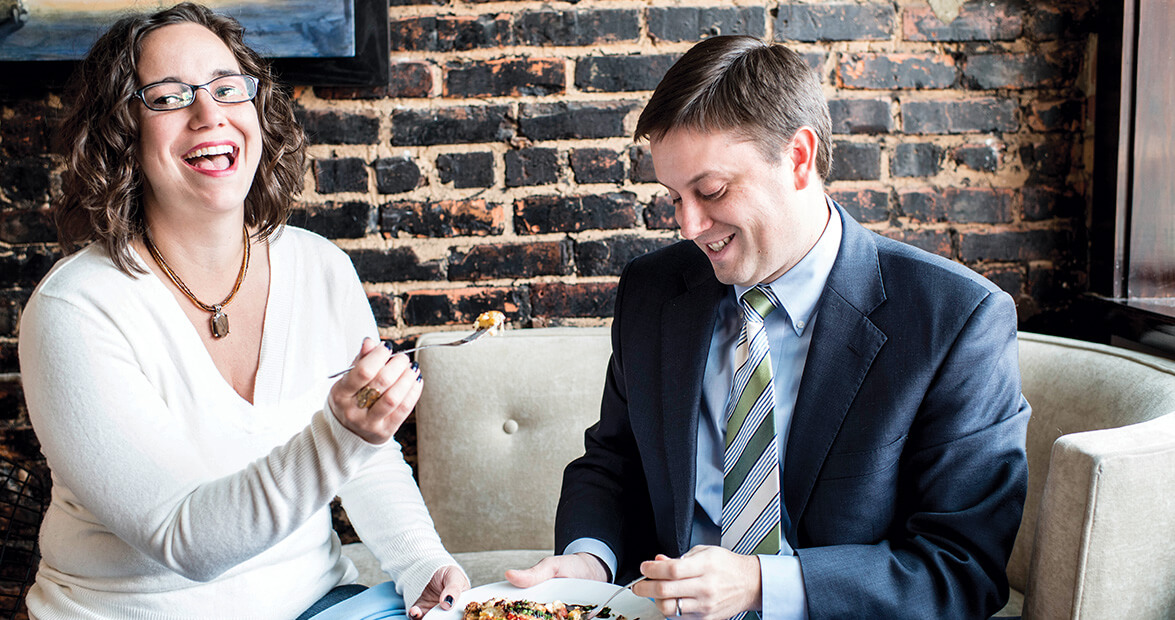 Lots of people say they love pie. Angela and Brady Allen actually fell in love over a two-pie meal on their first date.

“We had chicken potpie for dinner and ordered slices of the Bluebird of Happiness for dessert,” Angela says of the flavor that Raleigh’s PieBird now calls Crack Pie because it’s so irresistibly addictive. “I had never been to a place that only sold pie. It’s so me.”

PieBird — named for the ceramic device that can be tucked into a pie to vent steam — was a Triangle novelty when Sheilagh Duncan opened the café in March 2011. Even regulars warned her that the concept wouldn’t succeed, but its quirky appeal quickly became a firmly rooted fixture of the near-downtown Mordecai and Oakwood neighborhoods.

“We live close enough to walk, so we go there all the time,” says Angela, whose mother hired Duncan to bake and serve 20 Crack Pies at the couple’s October wedding. “It would be romantic to say we share a slice, but we always order our own — and get an extra one to take home.”

Duncan understands how the newlyweds feel. Having always preferred pie over cake, she distinctly recalls the excitement of baking her first one, even though it was a disaster. 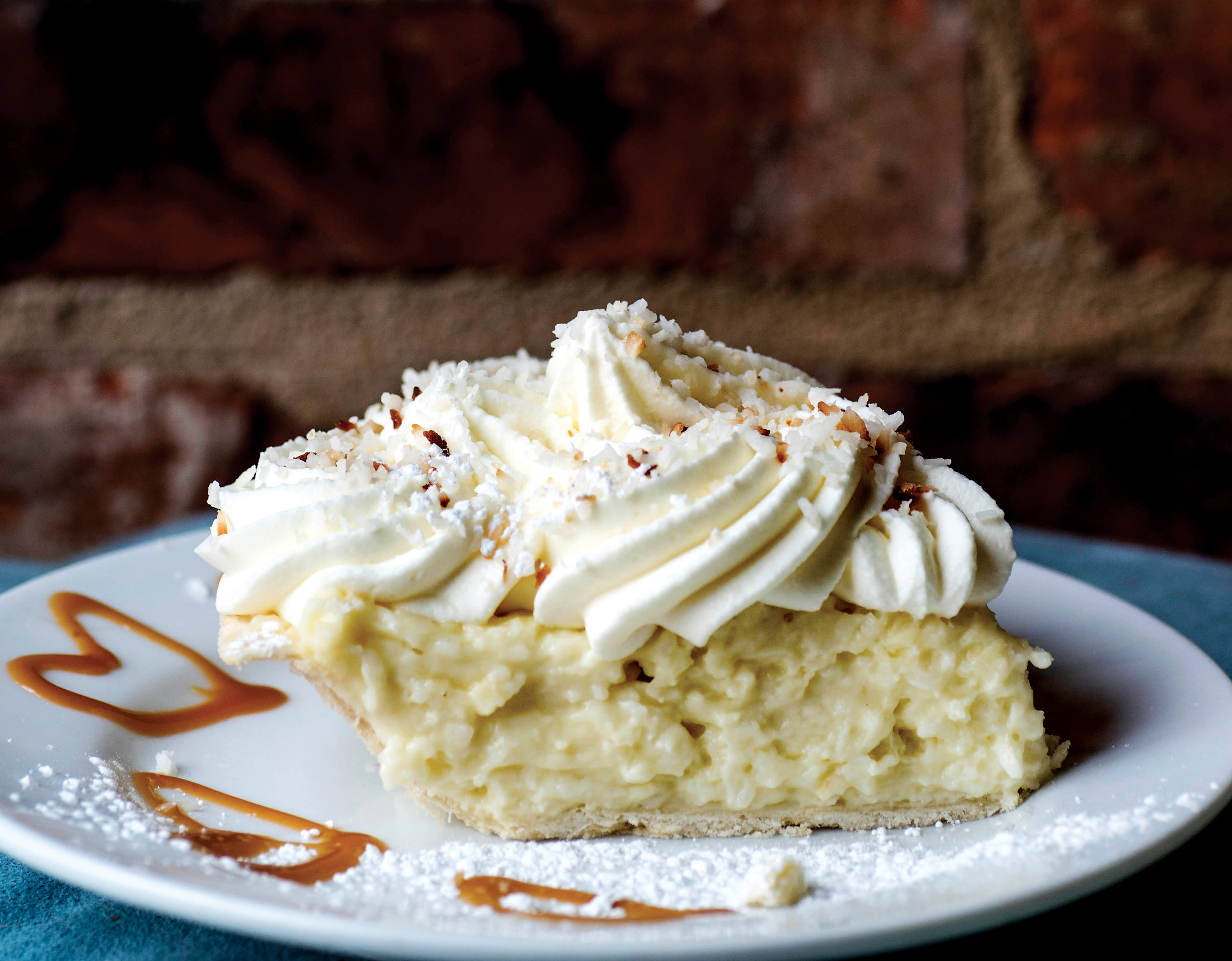 Duncan started cooking family dinners in the fifth grade as a trade-off for not having to do Saturday chores. Her hardworking mother was not exactly a role model in the kitchen.

“She didn’t enjoy cooking, and it showed,” Duncan recalls with a laugh from PieBird’s sitting room, a cozy space with a freestanding gas fireplace. “Mostly I would open the cupboards and try to think of things that would go together. It actually worked out pretty well. The joke in our house was that anything I made was better.”

One day she noticed a can of peaches. “I had visions of this wonderful pie but I didn’t know how to make dough, and it didn’t occur to me to drain the peaches. It was gooey and horrible, but I kept trying,” she says, keeping an eye on servers carrying orders to a full house. “I think I’ve got it down now.”

With a reliance on local and seasonal ingredients, PieBird’s staff bakes about 40 sweet pies of at least 10 varieties daily. Among them are variations on such Southern staples as chess pie — like the mind-bending Honey and Sea Salt Pie — and traditional Lemon Ice Box Pie, the latter being a recipe from Duncan’s husband’s aunt. They also make savory meat and seafood pies, quiches, and empanadas.

As a young bride, Duncan’s confidence as a home cook grew along with the craze for quiche in the 1970s. “I don’t think people realized how easy they are to make,” she says. “Any time I brought one to a party, people went crazy.”

She ran a catering business in California for a few years when her first husband was stationed at a Navy base. She gave it up after their divorce and transitioned to helping builders and homeowners design tile installations. That lasted until 2009, when she was laid off. 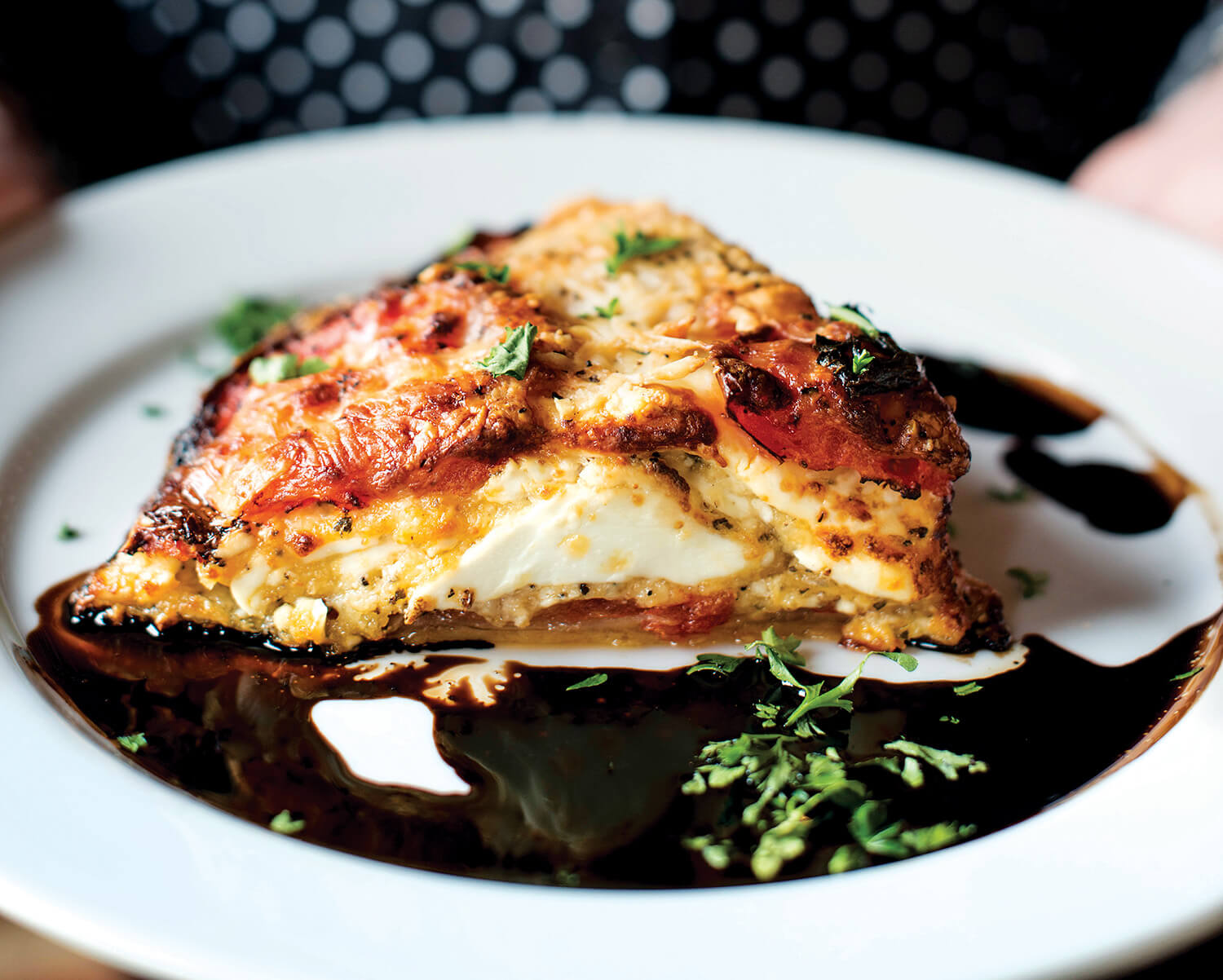 Happily remarried, Duncan was now living in Raleigh. She started cooking again, first for friends who asked her to bake for parties, and then launching another small catering operation out of a commercial kitchen.

“I was handing out flyers in my neighborhood when this guy came running up to me and said, ‘Are you the one who makes the pies?’ ” she says. “It was so strange. I said, ‘Yes, I am,’ and I took his order right there. That’s when I started thinking about PieBird.”

Duncan had her eye on a just-vacated storefront on Person Street, catty-corner from the Krispy Kreme and its beckoning HOT NOW sign. The building housed the original Krispy Kreme bakery for the area, a place to which her mother and grandfather would regularly drive from Wake Forest to buy doughnuts.

“They’d buy two boxes, then sit in the truck and eat a dozen by themselves,” she says. “Then they’d drive home and make a big deal, like, ‘Hey, we’ve got doughnuts.’ Then they’d eat a few more.”

The location’s legacy convinced Duncan that the site was ideal, but it took almost a year to work through all the red tape. Since then, PieBird has become both a critical success and a neighborhood hangout. Customers cluster at the glass display case at the entrance and gaze rapturously at the giant chalkboard to consider the day’s options. Hearing a server tick off the choices has a dizzying effect on those unable to decide.

The adored Crack Pie — a twist on the one made famous at David Chang’s Momofuku in New York — is one of several standards on a menu that changes daily. One of Duncan’s favorites is the luxurious chocolate cream, which she delivers to one of her dad’s neighbors. “He says the same thing everyone says, that it’s the best pie he ever ate,” she says, laughing. “It’s rich without being too sweet. It really is ridiculously good.”

Bananas ’n Pajamas is another signature pie, developed when a new baker complained that there were inadequate ingredients on hand to make anything familiar. “Our chef started listing everything we had: bananas, whipped cream, white chocolate, and dark chocolate,” she says. “Next thing you know, we entered it into a competition and won. Not just for best new pie, but for best new product.”

In tribute to the legend of George Washington chopping down a cherry tree, cherry pies return for February’s observance of Presidents’ Day. It’s one of the few recipes PieBird offers that uses frozen fruit.

After celebrating mathematical Pi Day on March 14 with $3.14 slices — it’s a major holiday for PieBird, especially given its proximity to the North Carolina State University campus — thoughts turn to the arrival of spring berries and juicy summer fruit. “It’s always special when strawberries return,” Duncan says. “We do a two-crust pie with none of that awful gelatin. It’s a real pie, and everyone loves it.” 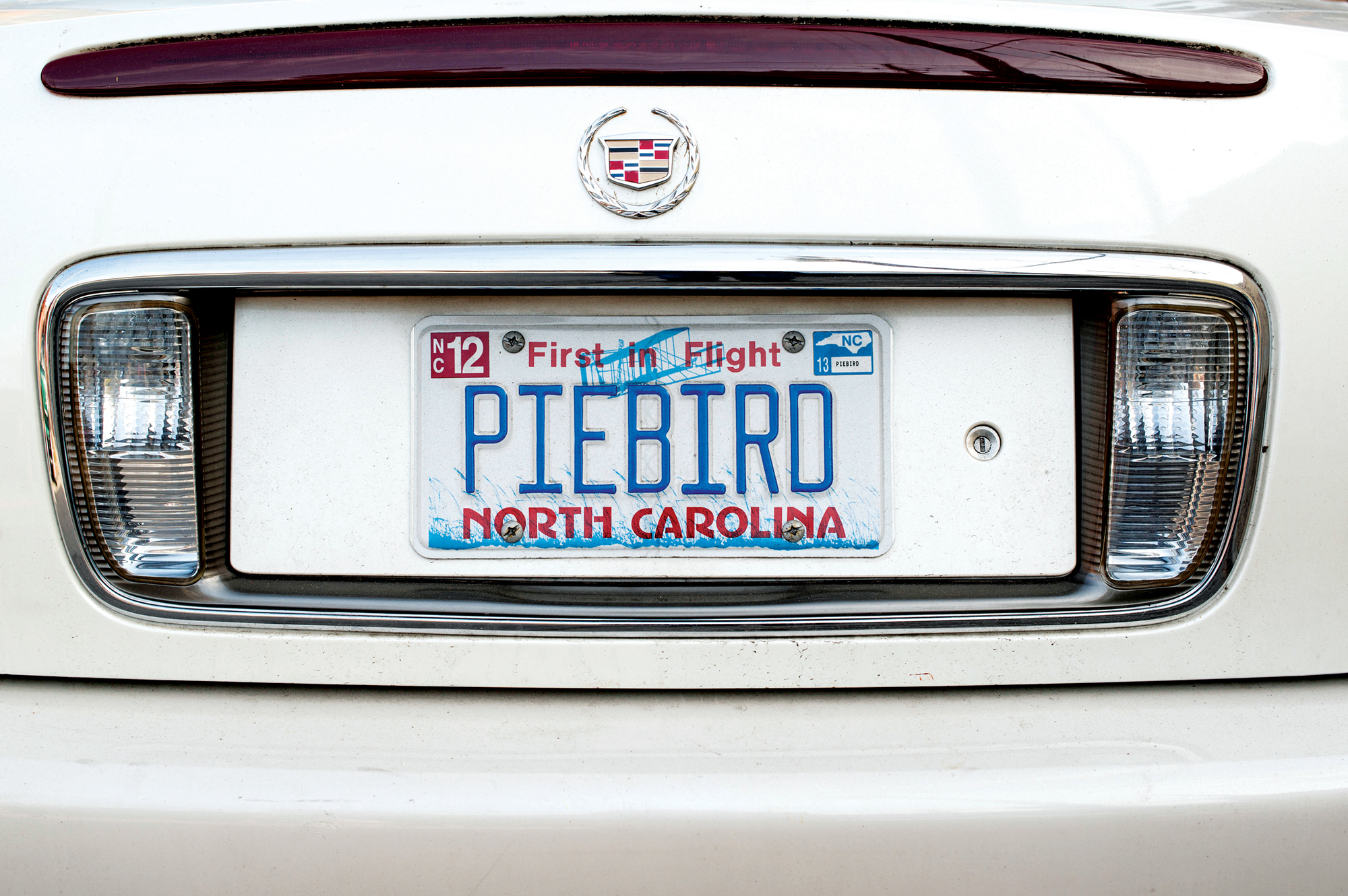 Duncan also fields requests for old-timey pies made decades ago by family matriarchs. “As soon as people start talking about their grandmas, I know I’m in trouble,” she says. “People have these fantasies. You’re in competition with either a legend or something they never actually tasted.

“We’ve made raisin pie as a result of a request and, let me tell you, it was a hard sell,” she says. “It’s actually very good, but it’s just not a flavor people dream about.”

While Duncan will eat the occasional slice of cake, especially a homemade coconut layer cake, she just doesn’t understand folks who refuse pie.

Angela Allen agrees. “I can’t tell you how many times I’ve heard that I haven’t found the right cake,” she says, recalling that her grandmother, a professional cake decorator, tried to tempt her by baking different birthday cakes every year. “I know what I like. I like pie.”

Angela says she has been to plenty of weddings where cake was served, but she was determined to have pie on her big day.

“People who really know me weren’t surprised at all,” says Angela, who enjoyed a ceremonial pie-cutting with her groom. “They made a tiny little pie for us to take home, which we ate on the cross-country flight to Hawaii the next day. I just can’t imagine anything better.”