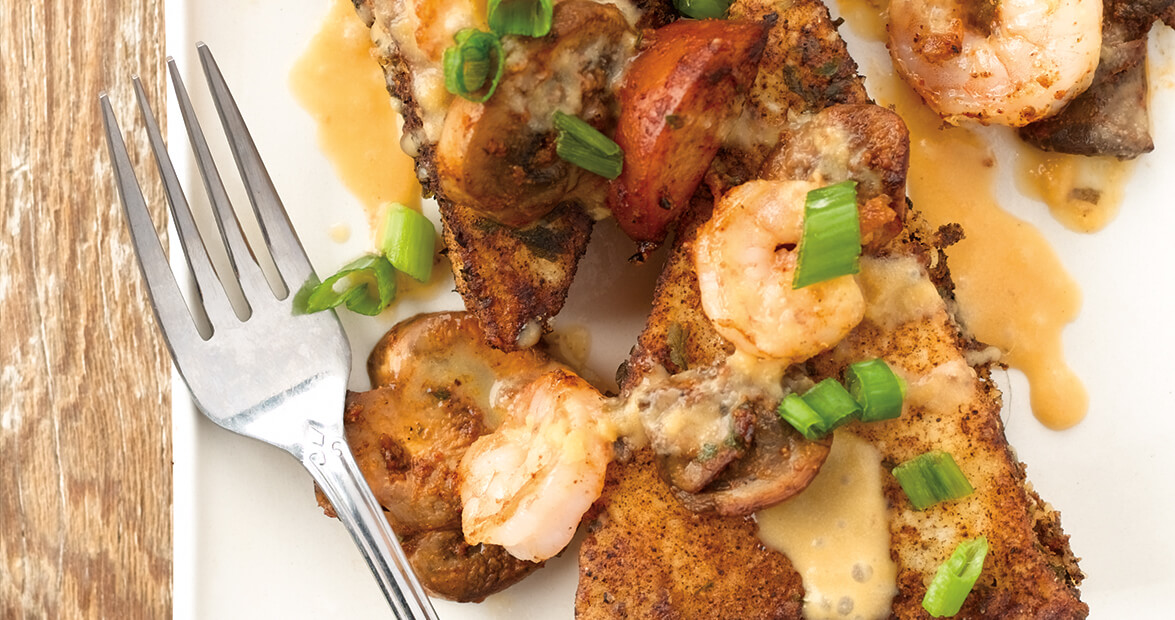 Every recipe is connected to a place. The shrimp and grits recipe, for instance, comes from The Pilot House Restaurant. There’s a picture of the familiar Wilmington eatery beside the directions for making the Lowcountry classic. And the cream of broccoli soup recipe goes with the photograph of Atlantic Coast Line’s Freight Warehouse A that still stands at 501 Nutt Street; it’s the same recipe railroad cooks used to prepare the soup for passengers.

These places tell Wilmington’s story. And they fill the pages of Modern Recipes from Historic Wilmington, the cookbook produced by the Historical Society of the Lower Cape Fear.

The cookbook swells with delicious recipes, many of them with a coastal North Carolina connection, such as shrimp and grits, and oyster rolls. But every other page shares a slice of Wilmington’s history.

In the book, we learn that The Pilot House Restaurant was originally home to William Edward Craig, a merchant who built it in 1870. The Greek Revival-style structure originally stood at 505 Wooster Street; owners moved it to Ann Street in 1977 during the development of Chandler’s Wharf.

“The book is just wonderful for learning about history and about people and the work they did and the cultures that were around,” says Ann Hertzler, who co-edited the cookbook.

The old-time gingerbread recipe, for example, came from a member of Chestnut Street Presbyterian Church, which was built in 1858 and eventually became one of the first black churches in Wilmington following the Civil War.

The Latimer House Museum at 126 South Third Street sells the cookbook. Visitors often use the book first as a guide to the city’s historic structures before taking it home to their kitchens.

Adjust to taste. Stir together, and store in airtight container.

Cook grits as directed on the package. Mix cooked grits, grated cheese, and salt. Pour into an 8-inch x 8-inch pan. Chill overnight in refrigerator. Slice grits into 8 wedges, dust with flour mixed with Lowcountry spices to taste. Deep fry chilled grits wedges in oil until brown and crusty. Place two wedges on each plate. In a pan with a small amount of oil, sauté sausage, mushrooms, and Lowcountry spice mixture (to taste) for 5 minutes. Add shrimp, and cook until pink in color. Top wedges with shrimp mixture. Add wine and butter to pan drippings, stirring with a wooden spoon until thoroughly mixed. Pour wine sauce over shrimp and grits, and garnish with chopped scallions. 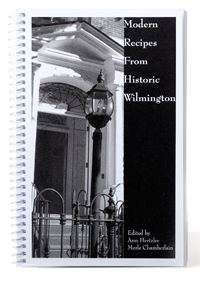