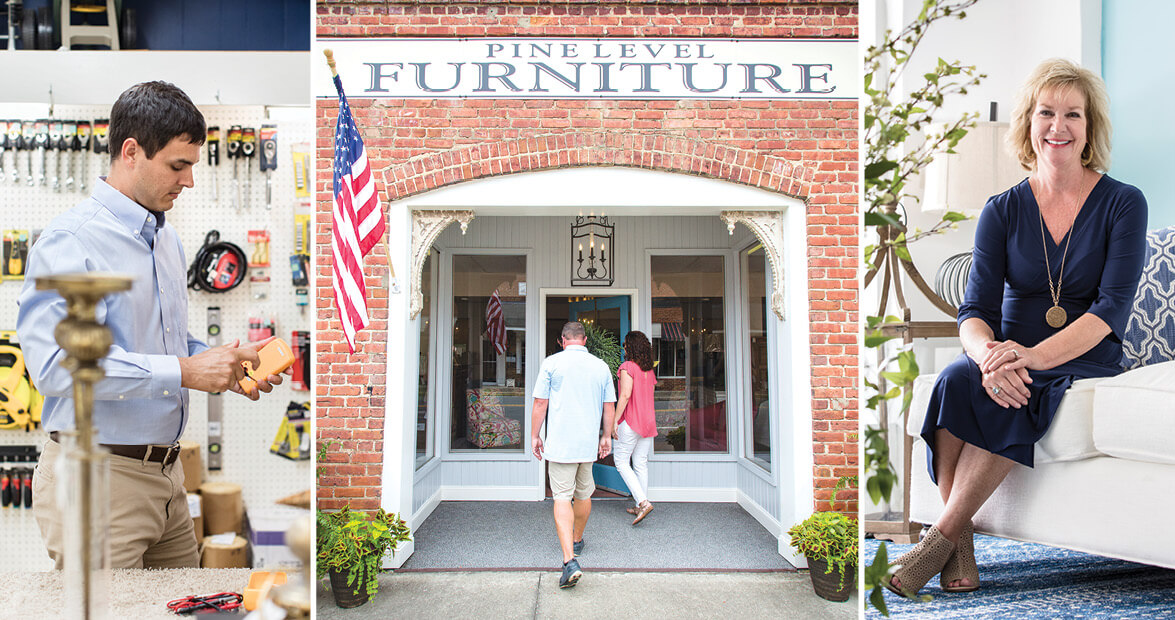 Terry Arthur remembers running around Pine Level Hardware & Furniture as a child, playing in the showroom and chatting with the customers while her grandparents ran the store and her mother kept the books. The 106-year-old Johnston County institution still sits at its original location on North Peedin Avenue in Pine Level, where Arthur’s great-grandfather, great-uncle, and their partner started the business in 1913. Her grandparents, Leon and Merle Godwin, took over a few years later. “My grandparents were very smart, hardworking people,” Arthur says.

After Arthur’s grandparents passed away, her mother, Merleon Rose Creech, asked if she wanted to help run the store. Without hesitation, Arthur said yes. “She told me, ‘As long as we’re having a good time, we’ll keep on doing it,’” Arthur says. That was 1977, and they’ve been working together ever since.

Part hardware store, part furniture showroom, the business allows Arthur and Creech to play both large and small roles in the lives of their customers, whether helping out with an everyday need, like hanging a picture frame, or consulting on a more momentous occasion, such as furnishing a new home. “It’s important to me if they buy a pound of nails or if they buy a living room suite,” Arthur says. “Everybody’s important. Everybody.”

Arthur’s son, Elliot, is now the fifth generation to work at Pine Level Hardware. Arthur hopes that he’ll continue to run the store when she retires, but that won’t be anytime soon. For now, she’s there every day, helping customers and balancing the books, just like her mother — still the shop’s owner at age 89 — used to do. “Once in a while, we’ll look at each other and say, ‘Are we still having a good time?’” Arthur says. “And the answer has always been yes.”