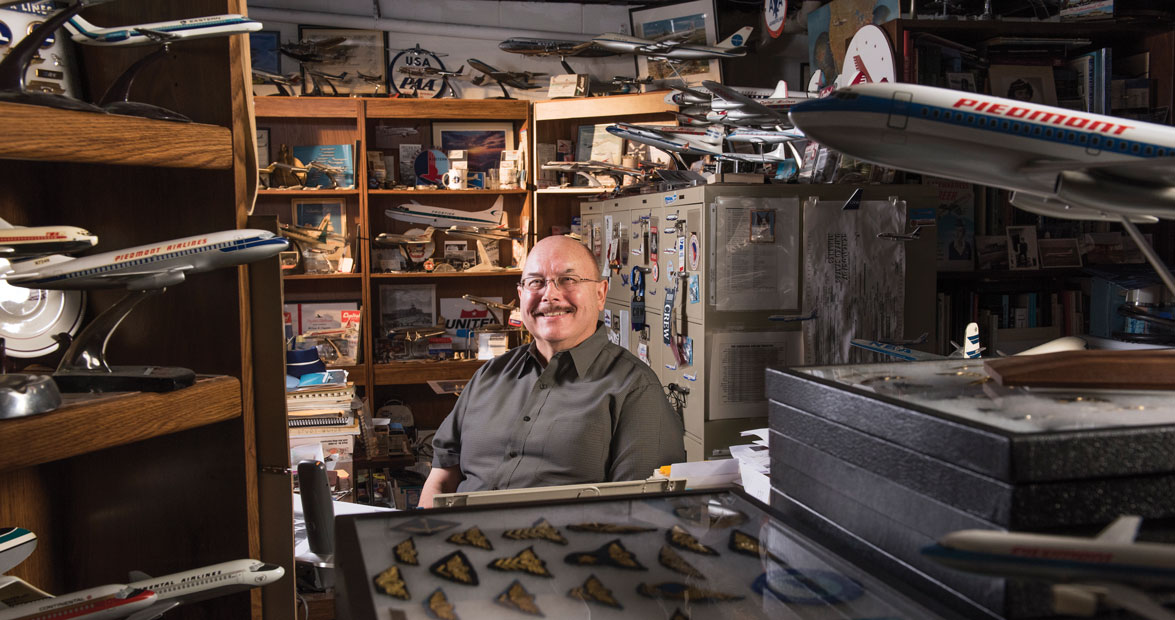 The epitaph for Piedmont Airlines is a familiar one: Gone but not forgotten.

The homegrown airline, once the pride of Winston-Salem, lives on largely through the fierce loyalty of former Piedmont employees and customers who refuse to bid their final goodbyes, honoring the airline with their memories and their memorabilia.

“When USAir came in, they wanted to create a new name and a new airline, and get rid of everything Piedmont. But the Piedmont employees were very loyal and didn’t want the name to die,” explains Chris Runge, who oversees a large collection of Piedmont memorabilia — owned by the Piedmont Aviation Historical Society — that’s housed in office space in Winston-Salem that’s not open to the public. “This memorabilia is everything they collected and held on to.”

In addition to a multitude of photographs that chronicle Piedmont’s history, there’s also Tom Davis’s collection of model planes — a fleet that includes every type of aircraft Piedmont ever flew, from the Douglas DC-3 to the Boeing 767 — as well as uniforms worn by pilots and flight attendants, airport gate signs, and Piedmont’s hundreds of awards won through the decades (including Airline of the Year in 1984). There’s even a collection of old Piedmont television commercials. 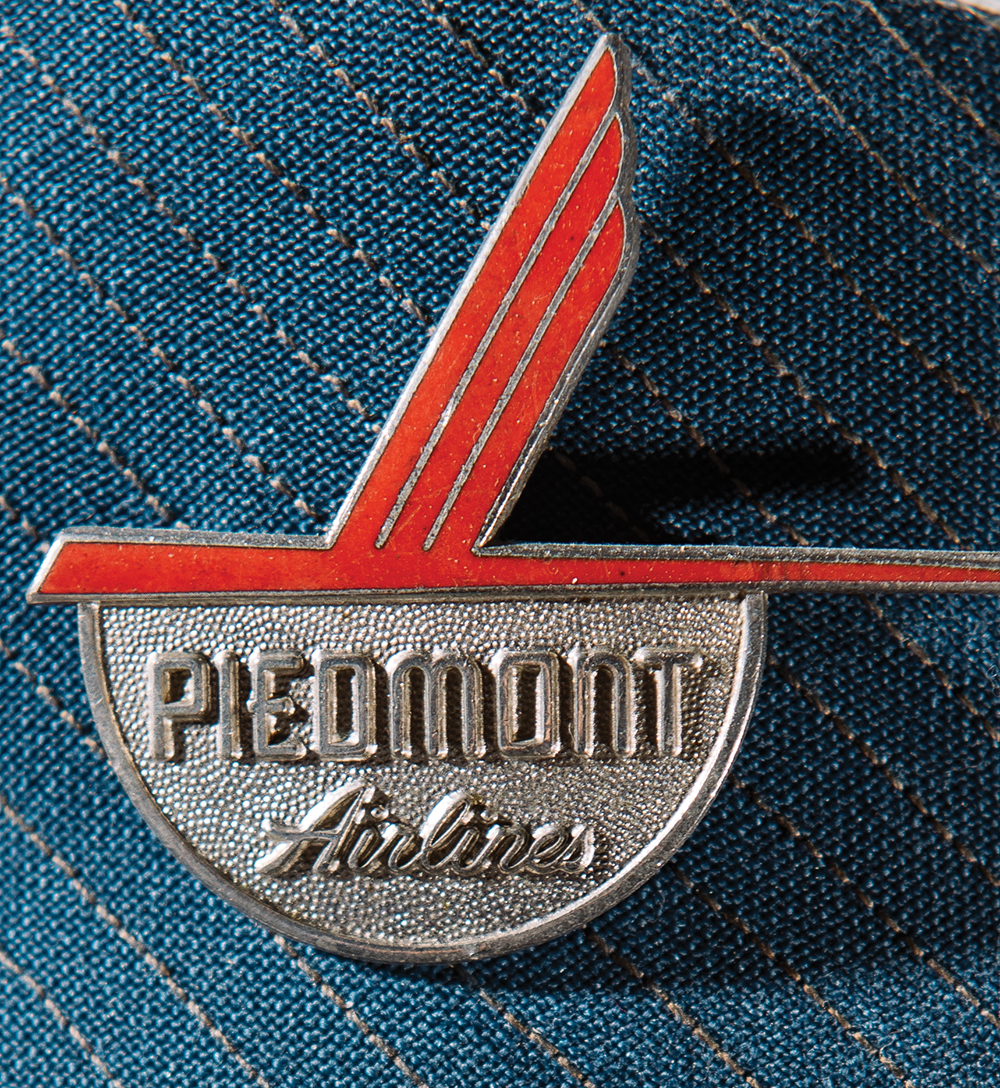 One of Quarles’ collected items is a Piedmont Airlines pin that adorns a flight attendant’s cap. photograph by Jack Sorokin

What really catches a collector’s eye, though, are the many marketing tools that the airline used to promote itself.

“We have every kind of promotional trinket you can imagine,” Runge says. “Ashtrays. Rulers. Umbrellas. Bags. Luggage tags. Swizzle sticks. Plates and napkins. Playing cards. Ice scrapers. License plates. Pencils and pens. They put the Piedmont name on everything.”

Although Runge speaks with obvious pride about the collection, he never actually worked for Piedmont.

“People find that strange,” he says, “but I was born and raised in Winston-Salem, and I’ve just loved Piedmont.”

Runge acknowledges, though, that the top private collector of Piedmont memorabilia is Charles Quarles, a Spindale dentist who has one of the largest collections of airline artifacts in the world.

“It’s kind of a hobby gone wild, and it has snowballed into total ridiculousness,” says Quarles, who began collecting seriously in the 1970s. “I even have airline toys I’ve had since I was a child.”

While Quarles collects all kinds of airline memorabilia, he says Piedmont collectibles hold a special place in his heart because his first plane ride as a child was with Piedmont. His Piedmont items include pilot and flight attendant uniforms — including a large display of flight crew insignia — model planes, china and silver, and a wide assortment of promotional items such as golf tees and key chains.

Quarles and Runge agree that it has become increasingly difficult to find Piedmont memorabilia at antiques stores and flea markets, on eBay, and at other typical places collectors might find such items. “It’s difficult because Piedmont was such a special airline, almost like a family airline, and those people have a fierce loyalty, even to this day,” Quarles says. “They loved that airline, so they love to hang on to their Piedmont stuff.”