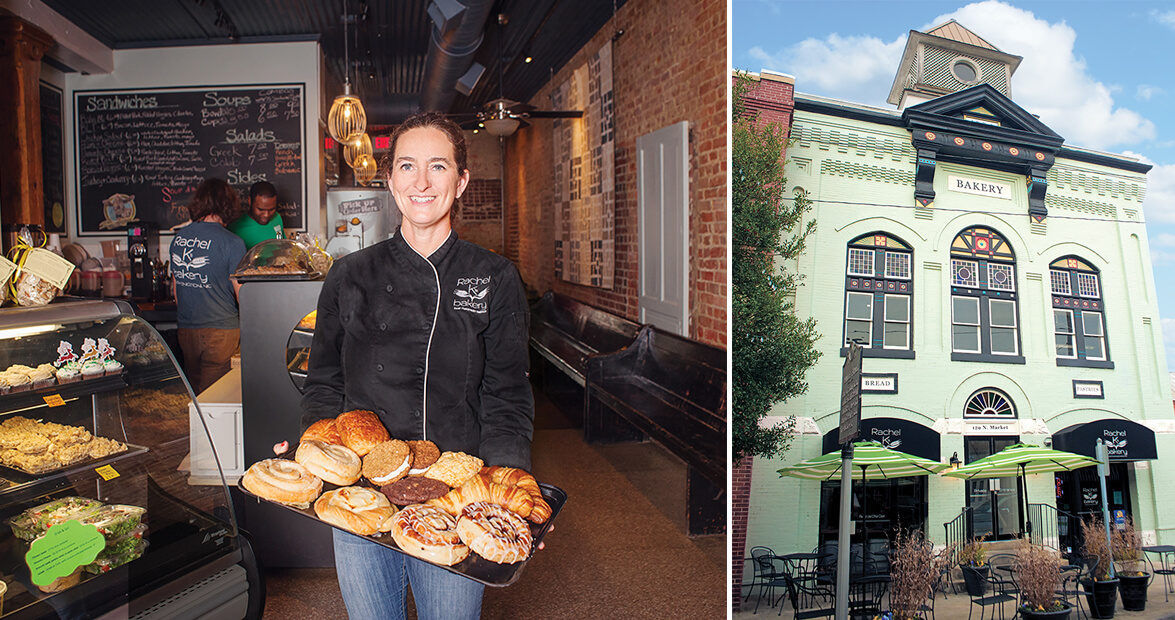 In 2010, self-taught, longtime home baker Rachel Midgette reached a crossroads: “If I don’t start something,” she thought, “I’m never going to.” So she quit her job, opened a market stand, and, many cinnamon buns later, bid on a handsome 1884 building downtown. Having once served as Washington’s town hall, the building is now home to Rachel K’s Bakery. Think oatmeal cream pies and pecan sticky buns, Gruyère cheese bread and ham croissants, her aunt’s carrot cake and her grandmother’s chicken salad. Like her restoration of the building, Midgette’s menu builds on tradition: “People come here because the chicken salad tastes just like their grandmother’s,” she says. “It’s nothing secret. It just takes time.”