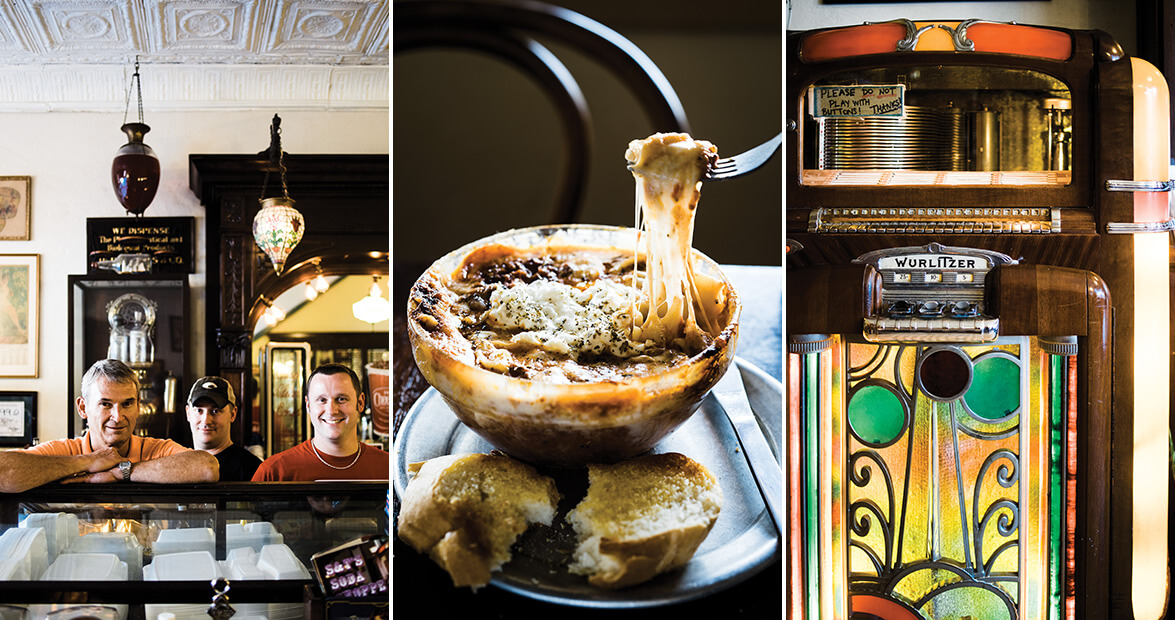 Steve Oldham had the skirt steak. He had the grilled onions. After chasing down the right garlic butter, he finally had the perfect Texas toast. His steak fries were exactly the right crispness.

But he still didn’t have the Gambler. Not the way the Ram’s Head Rathskeller served it for almost 60 years on Chapel Hill’s Franklin Street. The dish had become legendary in that restaurant, where it was served in single, double, and triple portions. Generations of University of North Carolina at Chapel Hill students survived their college years by making their way down a set of somewhat suspect steps on Franklin’s Amber Alley to eat the Gambler, then went back as alums and introduced their children to it.

The Rat, as it was better known, had a menu full of options. But the regulars knew there were really only two choices: lasagna, which was better known as “the bowl of cheese.” And the Gambler.

Oldham had first been introduced to the culinary wonders of The Rat by his father, Gene. The family would go to The Rathskeller as a weekend treat.

“We would walk in and they would know what we wanted right away,” says T.J. Oldham, Steve’s younger brother. “We didn’t even have to tell them. Sometimes I was so hungry that I couldn’t decide whether I wanted the Gambler or lasagna, so I would order both, eat half of each, and take the other halves home.”

But The Rathskeller closed in 2007. Numerous investors have spent hundreds of thousands of dollars and nearly a decade trying to resuscitate it, but Steve Oldham didn’t have that kind of time to invest. He was working full-time at the family business, S&T’s Soda Shoppe in Pittsboro. Like most people in a family business, he’d done a little bit of everything at the restaurant, but his passion was the kitchen. He had a culinary background and enjoyed the challenge of trying new recipes, and he wondered if maybe, just maybe, he’d eaten enough Gamblers in his life to figure out how to replicate it.

“When they went out of business, I was so upset that we’d lost our weekend treat,” Steve says. “And in-between times, when I was working in the kitchen, I started playing around, trying to see if I could make the Gambler, the bowl of cheese, and the house dressing the same way they did.”

That’s the thing about The Rat. You might have the same ingredients they did. But that doesn’t necessarily mean you’re making it the same way they did. Part of the restaurant’s appeal was the lack of formality. Customers scratched their names on the booths. The jukeboxes on most of the tables didn’t actually work, and no one remembered a time when they did. Waiters — known only by their nicknames, like Squeaky, Pop, and Loon — rarely wrote down an order, but they always managed to get it correct.

“What we finally figured out,” T.J. says, “is that you have to have the cast-iron skillet. That’s what makes it the Gambler. It’s so much better when it’s hot. And when Steve put it on that skillet, that’s when we knew he had it.” 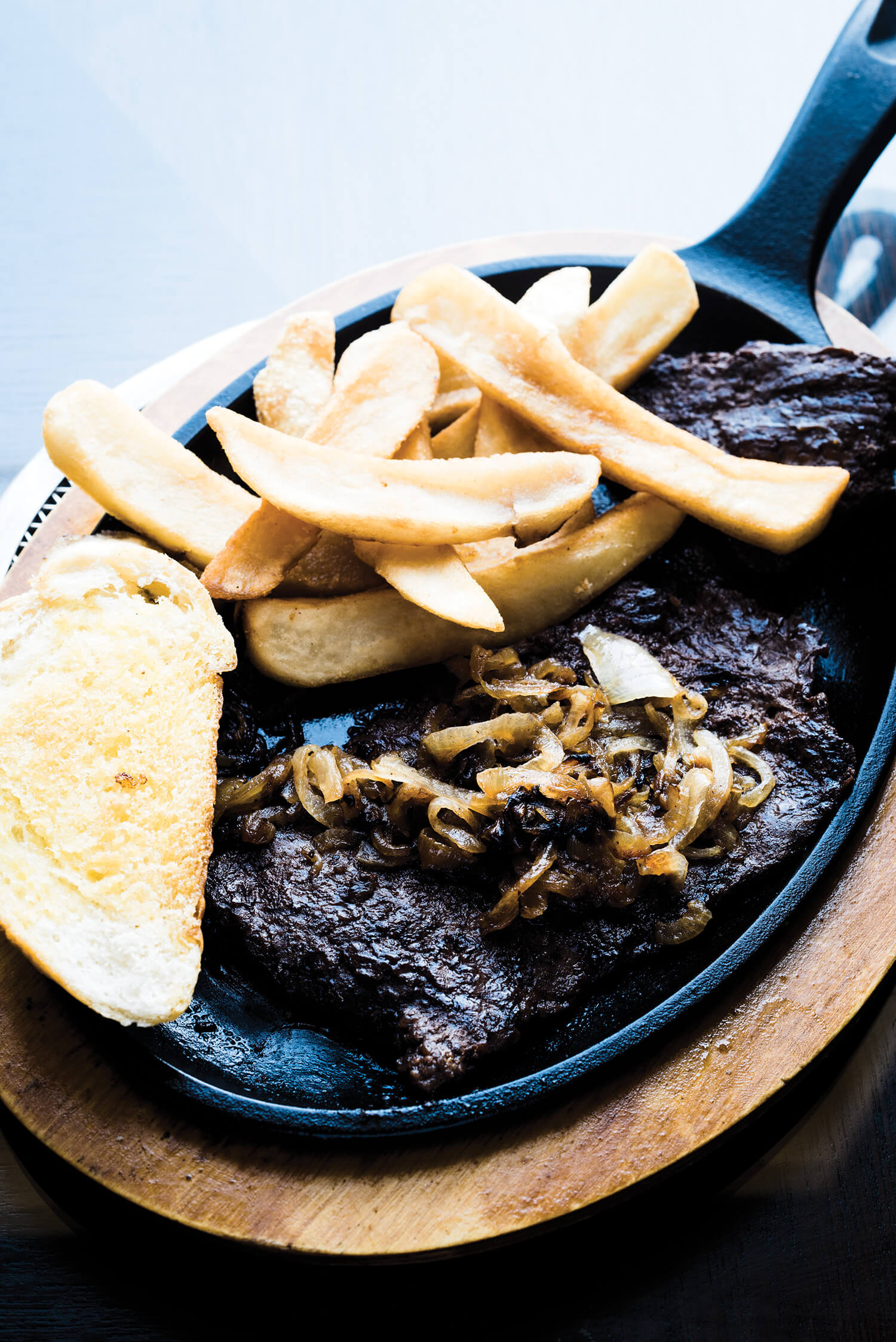 The Gambler made its comeback at S&T’s in 2010. photograph by johnny autry

Gene Oldham, Steve and T.J.’s father, had no reason to own a restaurant. He’d spent a lifetime in the clothing business, and he owned a men’s and women’s clothing store in Pittsboro. But restaurants intrigued him, and after beating non-Hodgkin lymphoma, he decided he was ready for something new.

He bought a building in downtown Pittsboro that had housed a soda shop for the better part of 1916 through 1962, but that had most recently been a furniture store. He journeyed to Mebane to buy authentic soda shop furniture from a drugstore there. He remembered that he’d always loved black cherry Mello Buttercup ice cream as a child, so he made plans to carry that same brand of ice cream in his new store.

All he needed, then, was an actual store. He sketched out the original plan for S&T’s Soda Shoppe on a napkin, and then called longtime friend Ray Bouldin, a talented carpenter.

“He saw the building, and he had an idea,” Bouldin says. “The building was empty from front to back. It was about nine or 10 months of working on nights and Saturdays to try and get it ready.”

And soon, Gene Oldham had his soda shop, and the people of Pittsboro had an authentic throwback. S&T’s serves orangeades just the way Gene remembers them. There are egg creams and floats and giant milkshakes, which, of course, come with the extra portion in an old-fashioned metal mixing cup.

This was Gene Oldham’s vision come to life. It was a place where families could come to celebrate birthdays, where grandparents could bring their grandchildren on a night out. It was, come to think of it, not that much different from The Rat.

Gene’s memories were of Coke floats and hot dogs, but the fondest recollections of his sons, Steve and T.J., were built in that appealingly shabby alley off Franklin Street. 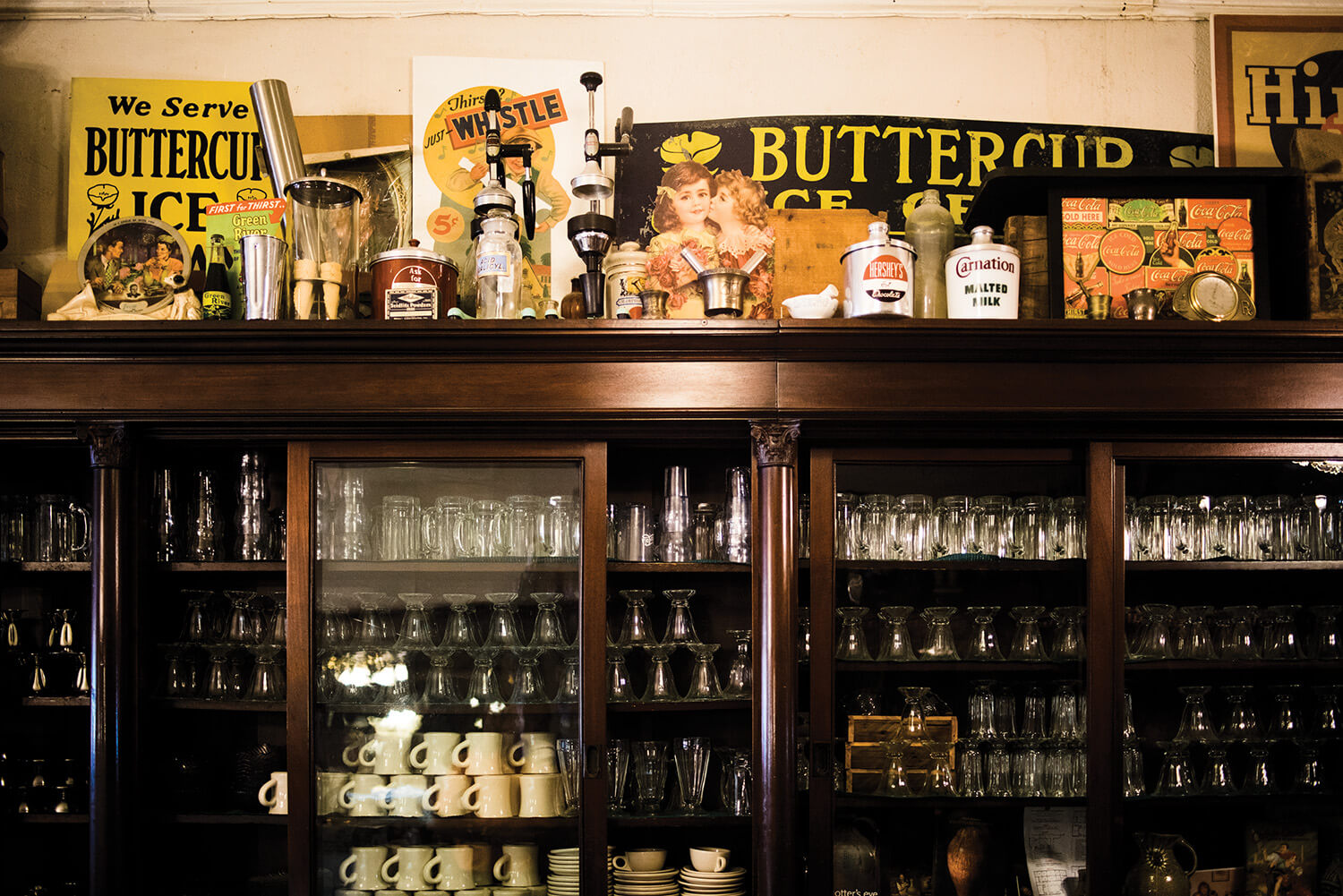 It took approximately six months for Steve to perfect his Rathskeller recipe replicas. He tweaked the texture. He found the right garlic butter. He added that all-important cast-iron skillet. And by 2010, he thought he had the Gambler and the bowl of cheese ready to put on the menu.

“The first couple of times I served it, I would sneak up to the front and watch people when they ate it,” Steve says. “They took the first bite, and then would start to smile, and ever since then, it’s been great to watch people come in and have some of that food they remember.”

Today, the Gambler comes out sizzling hot. The bowl of cheese, which at The Rat was typically presented at the temperature of an active volcano, is actually served on plates obtained from an auction of items from The Rathskeller. But the final touch of authenticity came in the summer of 2013, when a true expert visited Pittsboro. 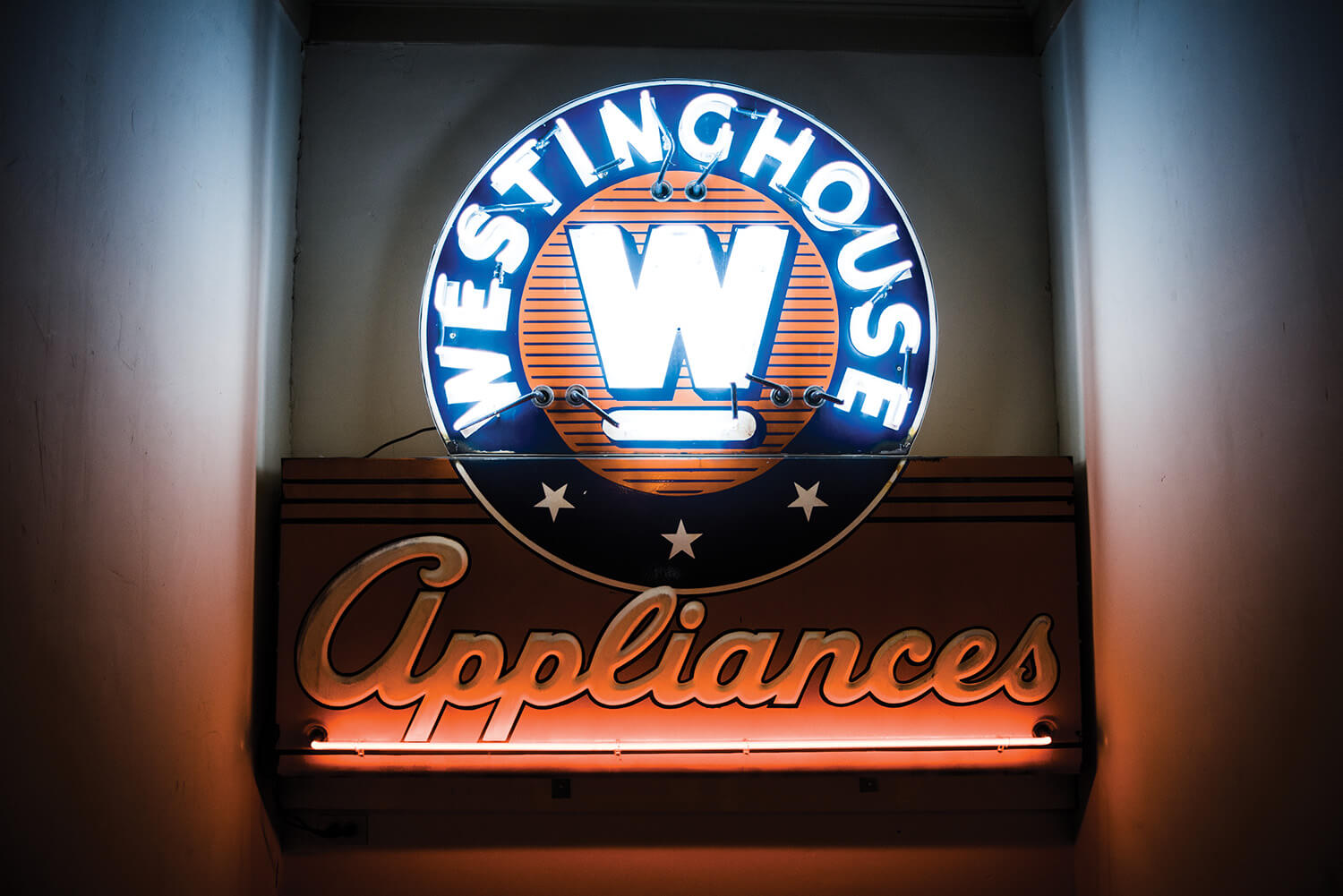 That’s when John “Squeaky” Morgan meandered into S&T’s Soda Shoppe. Morgan had worked as a waiter at The Rat for approximately 30 years, and was as much an institution as the restaurant itself. T.J. Oldham recognized him, because The Rat’s waiters, much like The Rat, had been an important part of his childhood. This meal, he told Squeaky, was on the house.

Squeaky ordered — what else? — the Gambler.

With a little trepidation, T.J. watched him taste it. Slowly, a familiar smile spread across Squeaky’s face.

“Now this,” the legendary waiter said, “is really good.”