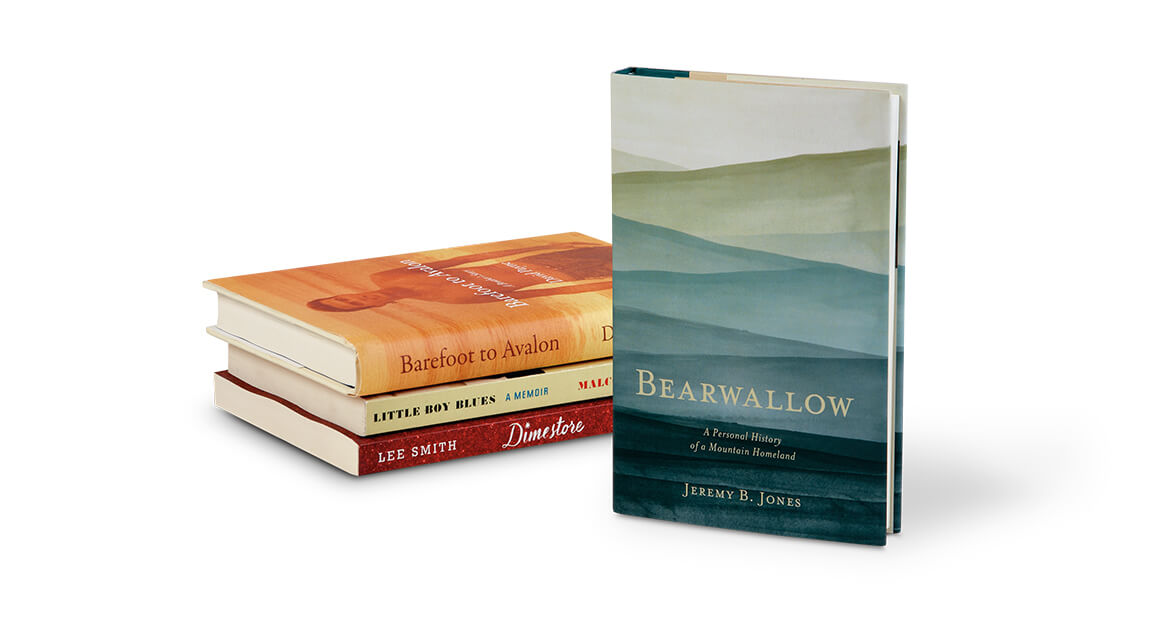 As a boy growing up near Bearwallow Mountain, Jones imagined that a bear patrolled the peak, protecting him. Torn between understanding a life from which he is a generation removed, and his present life of teaching and learning, Jones studies the mountain of his youth, and immerses himself in discovery and preservation.

Writer and critic Jones reflects on his North Carolina upbringing in the 1950s and ’60s. Shaped by dueling parents and a crumbling South, his childhood was a tumultuous one. A collection of remembrances describe how Jones handled his youth, and how he was able to gain control over it, and, ultimately, his life.

Hillsborough writer Payne begins this haunting book about family tragedy and loss with an eyewitness account of his brother’s accidental death. Payne uses this scene as a lens through which to examine and understand his family and its history, and his relationship with it all.

As a child in Grundy, Virginia, Smith spent time in her father’s dime store, where, surrounded by local lore, she learned the art of storytelling. Place is important to Smith, who now lives in Hillsborough, and in her memoir of life in a town she was raised to leave, she meditates on the significance of one’s heritage, and of embracing the truth, however raw it may be.