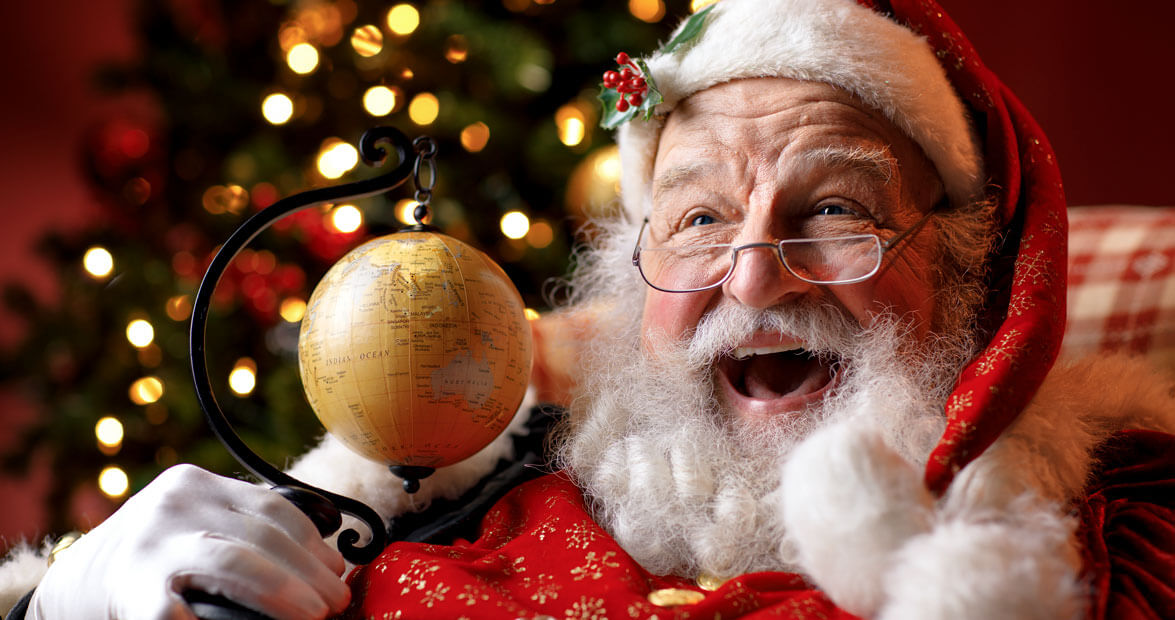 Ron Campbell can fashion a Rudolph out of balloons. But he never would. “If it ain’t in ‘The Night Before Christmas,’” Campbell says, “it ain’t happening. Nothing can be outside the scope of the legend.”

Campbell was an 18-year-old college freshman when he answered an ad to give children rides in a horse-drawn sleigh on Christmas. “By the way,” his supervisor said, “we want you to wear this,” and handed him his first Santa suit. Despite not knowing Dasher from Dancer, or how to ho-ho-ho, Campbell had an epiphany. He went to law school, became an attorney, and taught business law at NC State University. But his true calling, for 52 years, has been being Santa Claus.

Operation Homefront at Fort Bragg, WRAL’s Coats for the Children, and the children’s hospitals at Duke and UNC have been some of his stops. He’s also adding Macau, China, to his map, and is bringing along two elves who’ll speak Cantonese. “Children all over the world have a right to be loved,” Campbell says.

His voice is breathy, and, well, merry. “I work every year to try and be better, sound better, look better,” he says. “I look for props — an old-fashioned telephone, say, or a little globe to explain how I fly around the world.” He even brings a clock, to show that he can stop time.

“I look exactly like Santa, even the curly beard,” which takes an hour and 10 minutes with a hot iron to curl. His tailor-made Santa boots cost $712, and, beginning in November, Campbell polishes them every single day. Why? Because children get so excited they walk all over them.

Campbell has been a member of the Screen Actors Guild for 42 years, and he sees himself as a storytelling Santa. He coughs and splutters, sound effects to having run into a flock of geese while guiding his sleigh through the frosty Christmas night. “My believing audience has aged out at the end of the second grade,” he admits. In fact, he adds, grandparents and parents may appreciate his storytelling even more than some of the kids in the audience. For Campbell, age — theirs or his — doesn’t matter. “As long as their health holds out, Santas never retire.”