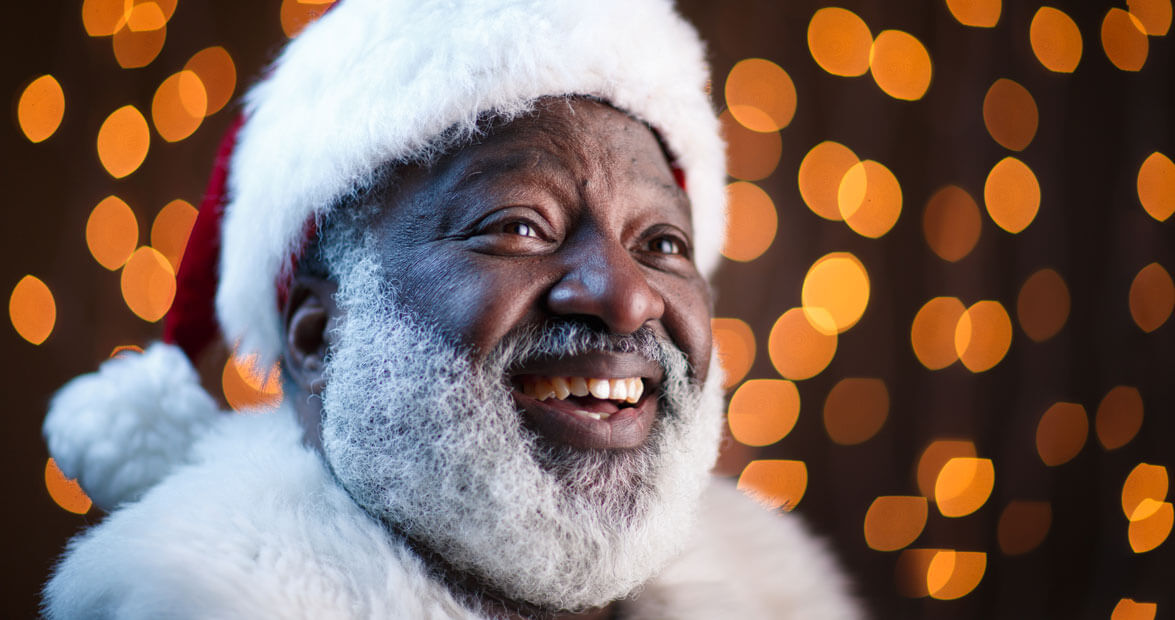 “I really am Santa,” Warren Keyes, 62, says matter-of-factly. “I’m typically a jovial fellow, and Santa-esque all year long.” His goal — as Santa or in his day job as a customer relationships account manager — is to make sure people are happy. “There’s a mind-set that comes with this role,” he says, then muses — and chuckles, in a distinctly Santa-esque manner — “mind-set or madness?”

Keyes was first noticed as a Santa dead-ringer by a photographer at a wedding. Six months later, the photographer saw him again, at Crabtree Valley Mall in Raleigh around Christmastime, and ran Keyes down. Turns out the photographer was also a Santa “handler,” who became Keyes’s coach, teaching him skills, like how to slow down your speech and speak to a child as Santa.

While Keyes has been a Santa helper for only four years, something more important than longevity distinguishes him from other Santas. “I’m a darker-hued Santa,” he says gently. Which means that when he visits the Hayti Heritage Center, in a predominantly black neighborhood of Durham, not only are the children amazed, but their parents are, too. “Here they are, late in life, thinking back to their childhoods, when Santa was only white.” Now, people make the trip from Raleigh, Fayetteville, and elsewhere to pay a visit to Keyes’s Santa — if not exactly to sit on his lap, then to appreciate that Santa isn’t always blue-eyed and fair-skinned.