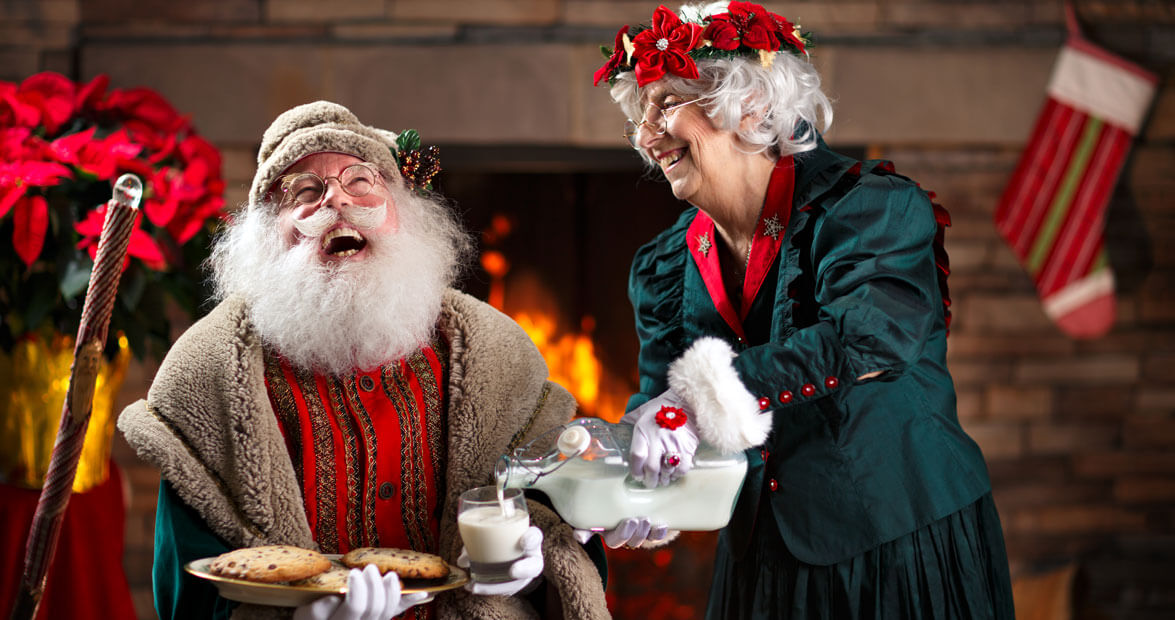 Sam Simmons, 72, had always had a short, Sean Connery-ish beard behind his dentist mask, but when he retired after 34 years and let his beard grow, a chance question from a child — “Are you Santa Claus?” — propelled him into the role. “I was just walking down the driveway, and got a feeling — a message, if you will — that we will give of ourselves, this Santa and Mrs., and we will give of our earnings.”

And since 2005, when he and his wife, Julia, moved from King to Alleghany County, he has given, year-round, especially at Camp New Hope in Glendale Springs, a base for children with life-threatening medical conditions. Up to 10 members of a family can come and stay absolutely free on 160 acres along the New River and recharge their batteries. As Mr. and Mrs. Claus, Sam and Julia come in singing, telling stories, taking lots of pictures — “Never miss an opportunity to take a picture with a child,” he says — and if the family requests, he tells the story of the birth of Jesus.

Whenever he receives a fee for his appearance, Sam donates the proceeds to charities for children who need clothing or food, to fuel assistance programs for families, and to help purchase art and music supplies in the public schools.

“Our message is ‘strength in family,’ to celebrate all the family, to understand that you’re a good brother or sister,” Sam says.

Despite being “girth-challenged” — Sam used to be a long-distance runner, and his waistline reflects the exercise — he maintains the Santa look year-round, and stays in character even when he’s caught out in his “Santa casual” clothing of jeans with suspenders. “The legend must be maintained,” Julia says.

And when they are spotted out and about, on the street or in a restaurant, Julia knows “the look,” that wide-eyed stare, the question forming: Is that Santa Claus? “Sam,” she’ll say, “you’re getting the look.” A woman will ask if she can take a video to send to her grandchild. Adults will approach with a ho ho ho. “Actually,” Santa Sam will say, “you don’t pronounce the h. It’s like this,” and he’ll demonstrate his jolly chuckle. “And by the way,” he’ll add to their laughter, “Ho ho ho is a copyrighted phrase. That’ll be $5, please.”

Five dollars that will no doubt go to a good cause.