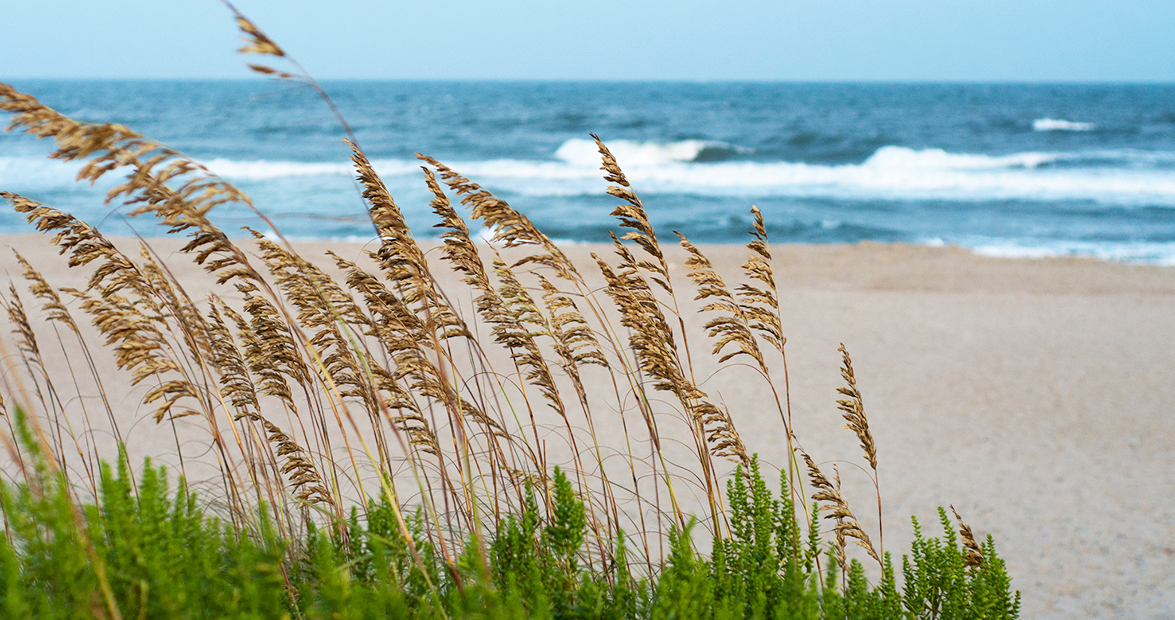 If the North Carolina beaches have a symbol, it’s the sea oat. The plants are native from the northern reaches of Corolla, all along the chain of banks and islands, down to Sunset Beach and Calabash.

“Every tourism shot of the beach usually has a sea oat tassel somewhere,” says Spencer Rogers.

Rogers is the coastal construction and erosion specialist for North Carolina Sea Grant, a research and outreach organization focused on coastal issues.

Sea oats, Uniola paniculata, do much more than give tourists something to admire on the beach. They defend our coast.

The dunes rising up along the North Carolina beaches act as buffers for coastal communities when storms hit. But those dunes are dynamic, moving with the water and the wind. Sea oats and other coastal vegetation trap sand and stabilize the dunes.

“If you go out on the beach on a real windy day, your ankles will get sandblasted,” Rogers says. “But you don’t get that much on your face.” The majority of the wind moves about six inches above the sand’s surface. And that’s where sea oats come in. The stems and heads of the plants slow the wind velocity, trapping sand on the dunes. After a storm, sea oats help restore damaged dunes and rebuild those that were destroyed. Once established, the plants create an ecosystem for birds and other wildlife.

“A half a dozen things out there would kill any other plants, but the sea oats just thrive out there,” Rogers says. “In fact, you don’t want to be too nice to it.”

Sea oats are poor competitors. If they wind up in rich soil, in a stable environment, then the good growing conditions encourage other plants that eventually choke them out.

But give them a little sand, a little salt, and a lot of heat, and sea oats are our coast’s best ambassadors — pretty enough for a postcard and tough enough for a hurricane.

To learn more about sea oats and dunes on the North Carolina coast, check out The Dune Book. Published in 2003 by N.C. Sea Grant, the book was written by Spencer Rogers and David Nash. Visit ncseagrant.ncsu.edu to view a digital copy.