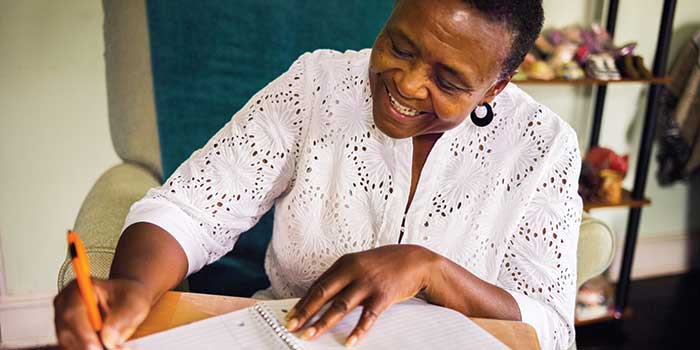 There are congratulations for the newlywed, the newly engaged, the new homeowner, the new lover, and the ex-coworker bound for a new job.

There’s an anniversary card that includes Ray Charles singing “You Are My Sunshine” when you open it, and a birthday card that plays the theme to Raiders of the Lost Ark.

Maybe on Veterans Day. Maybe in a military town.

But for the most part, if you want to send a card to a base overseas, you’re going to have to make it yourself.

This oversight had never occurred to Jennifer Watlington, even though she had friends, relatives, and an ex-husband who served in Vietnam long ago.

Then one night she was watching television at home in Reidsville when an old soldier came on-screen and bemoaned this very lack. No cards for veterans anywhere, he lamented.

What followed was an unexpected twist to Watlington’s retirement.

She started writing poems for family and friends in the military, both male and female, active-duty and retired. She wrote them for the deployed and far away, and for the neighbor next door who fought in campaigns few remember, let alone commemorate. 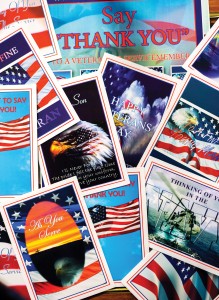 She mentioned her idea to a graphic artist friend, and between the two of them, they designed more than 40 cards for veterans and active-duty members of the military.

She made cards with an eagle on the cover, asking, “What makes a hero?” And inside, the answer: “You.”

She made cards with flags and crosses on the front, offering the comfort that comes from well-chosen words: “I’ll never forget the pride I felt the first time I saw you in uniform,” or “As you go about your daily tasks, I pray that you will know there are folks who think of you. And we love to tell you so.”

She inscribed them with the countries where anyone might have served in the last generation, including Kosovo, Grenada, and Bosnia — places long-since vanished from the headlines.

As far as she knows, Watlington has created a one-of-a-kind career for herself by providing pick-me-ups to people in uniform: cards from her Jenn-Gwynn Company.

“If I was a millionaire, I wouldn’t charge anything,” she says. “I’d just give them away.” 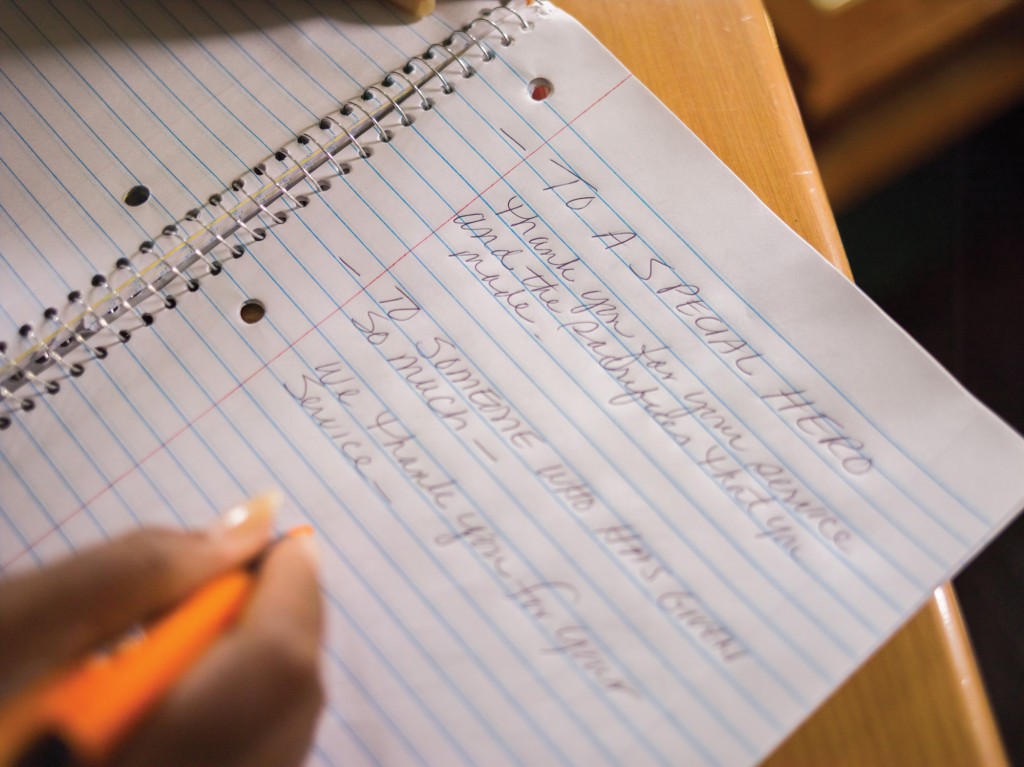 If writing greeting cards for strangers in the military seems an odd occupation for a 64-year-old retiree from the U.S. Postal Service, consider that Watlington has been writing since she was a girl — including thank-you notes she wrote on behalf of her cousin, who knew they should be written but couldn’t find the words on her own. Watlington always could.

If you’ve ever spent time far away from where you grew up, or lived on the other side of the world, then you know what a precious lifeline the daily mail provides.

The letters that arrive don’t even have to say very much. Just seeing the name inscribed in the upper left-hand corner of the envelope, written in a familiar cursive, feels like a kiss on the cheek. A whole week of discouragement and loneliness can disappear after reading a good letter from home.

After a career in the Postal Service, making sure letters got to the proper place, knowing all the ZIP codes by heart, Watlington knows this as well as anyone.

That’s all she had in mind for the soldiers she never met. Nothing fancy. Just a simple thank you.

But still, she showed her verses to a teacher at Reidsville High School — just to be safe.

Soon, people were telling her that she should get a copyright, or a patent, or both, and she was running her cards by the actual branches of the U.S. military — just to be safe.

Shops in Reidsville began stocking her cards, and she sold them at craft fairs around the state. Her little idea was taking off.

Not that business has skyrocketed, though. Lots of people will stop and pick up her veterans’ cards. But so far, they haven’t exactly emptied their wallets over them. She’s working on a plan to sell them online, eventually.

“Everybody says this is a wonderful idea,” Watlington says. “But nobody’s buying them yet.”

She keeps making them anyway. She’s handed them out to disabled veterans in a local hospital. Her church purchased her cards and sent them along with a National Guard unit bound for Egypt.

Everybody needs a care package, a reminder that somebody notices them, remembers them, thinks about them enough to say so. This is Watlington’s aim: to serve as the veterans’ postmaster, ushering kind thoughts their way.

Josh Shaffer is a reporter and columnist for The News & Observer in Raleigh. He met his wife, Amber, in her hometown, Fayetteville, where her father once jumped out of perfectly good airplanes in the 82nd Airborne Division. His most recent story for Our State was “Peak Pints” (October 2013).