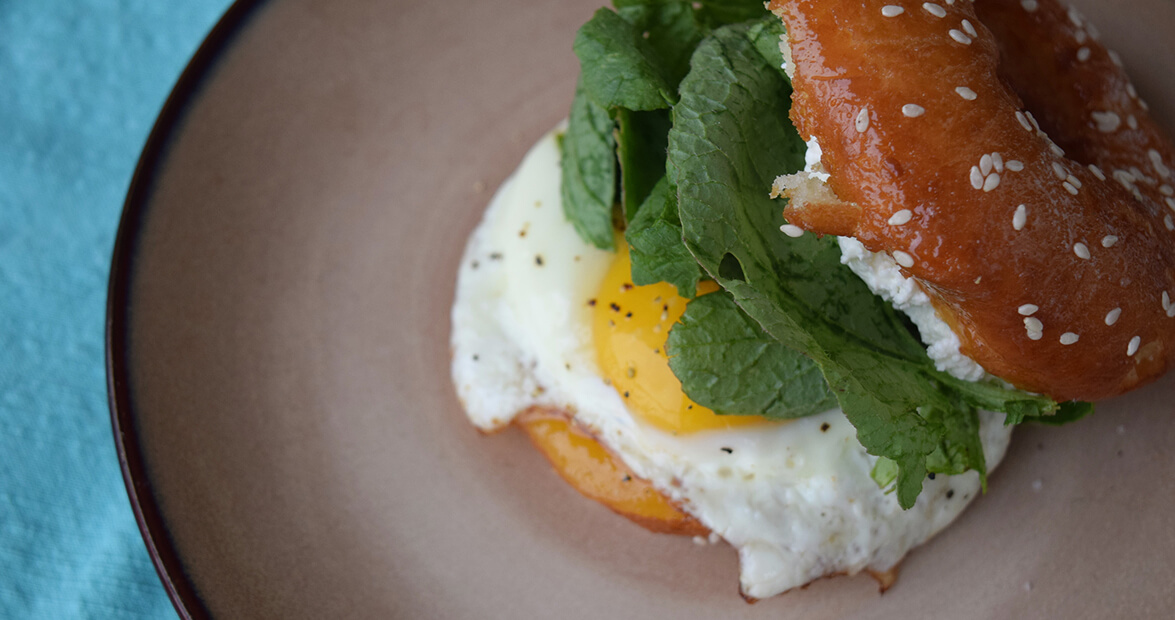 Munchkins remind me of my grandparents.

Let me rephrase that: Itty-bitty powdered sugar-smothered rounds of dough remind me of my grandparents. I remember countless childhood trips where my family would travel up north for a visit to the very home my dad grew up in (which, by the way, is where my 90-year-old grandma still resides today). Although each vacation with my grandparents was entertaining and unique in its own way, there are certain memories that stick out clearly in my mind’s eye (and nose). After the half dozen incoming phone calls from the landline — which all resulted in my grandmother exclaiming, “They just arrived!”— someone would start the coffee. The pot puffed and crackled as the smoky scent of toasted beans and rich cocoa wafted through the air. At the time, my palate was only at the semi-advanced stage of boxed 2-percent milk, but I enjoyed the aroma nonetheless.

Suddenly, a flat rectangular box would be slid onto the dining room’s pink tablecloth along with a clinking, overflowing stack of gold-and-white dessert plates. Already wide-eyed and salivating, I would turn to my mom and tug on the sleeve of her flowy shirt. She would lift back the lid with her gentle touch, revealing a sea of inexcusably adorable circles. Some were painted with a cracked, sugary glaze; some had been rolled in a white chalky powder; and some were sprinkled with spicy, fragrant cinnamon. I would gaze up at my grandparents and inhale the wonderfully yeasty smell of fried dough. It was in those moments that I knew that doughnuts — in any shape or form — would always bring me right back home. Well … to New Jersey.

Today, I don’t bear quite the sweet tooth that my cotton candy-obsessed younger self once had. But instead of avoiding decadent treats altogether — because that would just be sad — I combine sweet and savory flavors whenever I can. Doughnuts are meant for breakfast after all, so why not—as the Instagram hashtag declares— #PutAnEggOnIt? I dress up this savory masterpiece with luscious whipped cream cheese, summery peach jam, and fresh, peppery radish leaves.

1¼ cups milk, warmed but not too hot
1 package active dry yeast (about 2¼ teaspoons)
2 large eggs
1 stick unsalted butter, melted and cooled (plus more for frying the eggs)
¼ cup granulated sugar
1 teaspoon salt
3½ cups all-purpose flour (plus more for rolling out the dough)
Neutral oil such as canola or safflower (1½ to 2 quarts for frying, plus more for the bowl)
2 cups powdered sugar

For the boozy peach jam:

Doughnuts and glaze: In the bowl of a stand mixer, combine warm milk with yeast. Gently stir mixture and let sit until foamy, about 5 minutes. Using the dough hook attachment, beat in eggs, butter, sugar, and salt. A little bit at a time, slowly add flour until dough pulls away from sides of the bowl. If the dough is too wet, add a few tablespoons of flour at a time until dough comes together and has a smooth consistency.

Grease a large bowl with about 2 tablespoons of oil. Transfer dough to the bowl. Cover with a kitchen towel, and allow dough to rise until it doubles in size, about 1 hour.

Generously flour a large, flat surface. Turn dough onto the surface and roll it out until it is about 3/4-inch thick. Using a floured cookie cutter (about 3 inches) and a shot glass, cut out your doughnuts, setting aside doughnut holes for later. Gently knead any leftover scraps and allow them to rest for a few minutes before cutting more doughnuts.

Prepare two floured baking sheets and arrange doughnuts so that there’s plenty of space between each one. Cover doughnuts with a kitchen towel, turn off the oven, and place doughnuts inside, leaving the door cracked. Allow doughnuts to rise until puffy, about 45 minutes.

Meanwhile, add remaining oil to a heavy-bottomed pot over medium heat and prepare plates lined with paper towels. Using a candy thermometer, heat oil to 375°. If you don’t have a candy thermometer: Dip the handle of a wooden spoon in the oil once it has been preheated. If the oil steadily bubbles, it is the right temperature for frying. If the bubbles are very vigorous, turn down your heat.

Carefully slide a few doughnuts at a time into the oil with a metal spatula. When the bottoms of the doughnuts are golden brown, flip using a spider strainer or a slotted metal spoon. Remove doughnuts from oil when the opposite side matches the same golden color and place onto paper towels to drain. Continue with the rest of the doughnuts, adjusting the temperature of the oil as needed.

Boozy peach jam: While you’re waiting for the doughnuts to cool, whisk together powdered sugar, milk, and vanilla until smooth. When the doughnuts are cool enough to handle, dip them into the glaze, place them on a wire rack, and sprinkle with sesame seeds. Allow glaze to harden.

Increase heat to medium-high and bring jam to a simmer. Cook, stirring occasionally, until thickened, about 15 to 20 minutes. Remove pot from heat and discard vanilla bean. Using a potato masher, crush peaches until jam is smooth. Stir in remaining lemon juice.

To assemble the sandwiches: Using a serrated knife, slice doughnuts in half and generously spread one side with peach jam and the other with cream cheese. Heat butter in a nonstick skillet and fry the eggs, 1 per sandwich, until the whites are cooked and the yolk is still slightly runny. Top bottom doughnut buns with fried eggs and season with salt and pepper. Tear fresh, peppery radish leaves over the eggs and top with doughnut bun. Serve immediately.

For an all-sweet treat, fry the doughnut holes and roll in a cinnamon-sugar mixture.