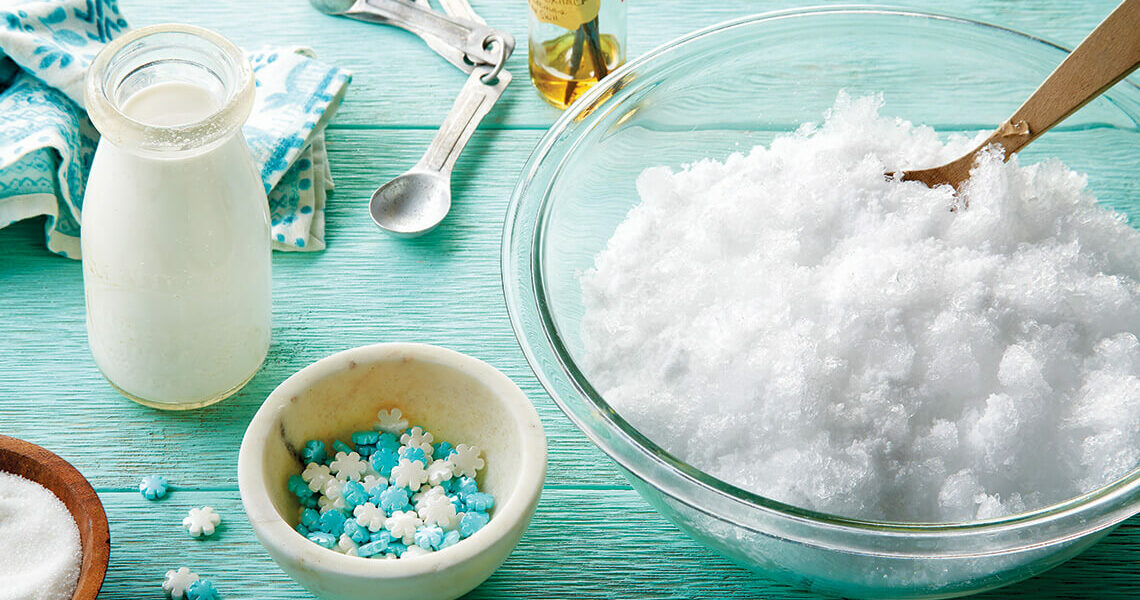 Fluffy, freshly fallen snow works best. Some North Carolinians advise waiting until the second snowfall so that the first one can clean the air. That might be prudent, but in places where even one snow is unexpected, it’s also risky, like hoping to pull two aces in a row from a deck of cards. No matter the timing, be sure to scoop from a part of the great outdoors that’s clean enough to eat off of.

Whisk together the milk, sugar, and vanilla in a large bowl and refrigerate while you get the snow. Bring in more snow than you think you’ll need, because it often melts more than you expect it will. Stir snow into the milk mixture until it reaches the consistency of an extra-thick milkshake.

Variation: Replace the milk and sugar with a chilled can of sweetened condensed milk.

Once you’ve tried classic snow cream, check out our video to discover a few twists on the tradition. Cheerwine, anyone?