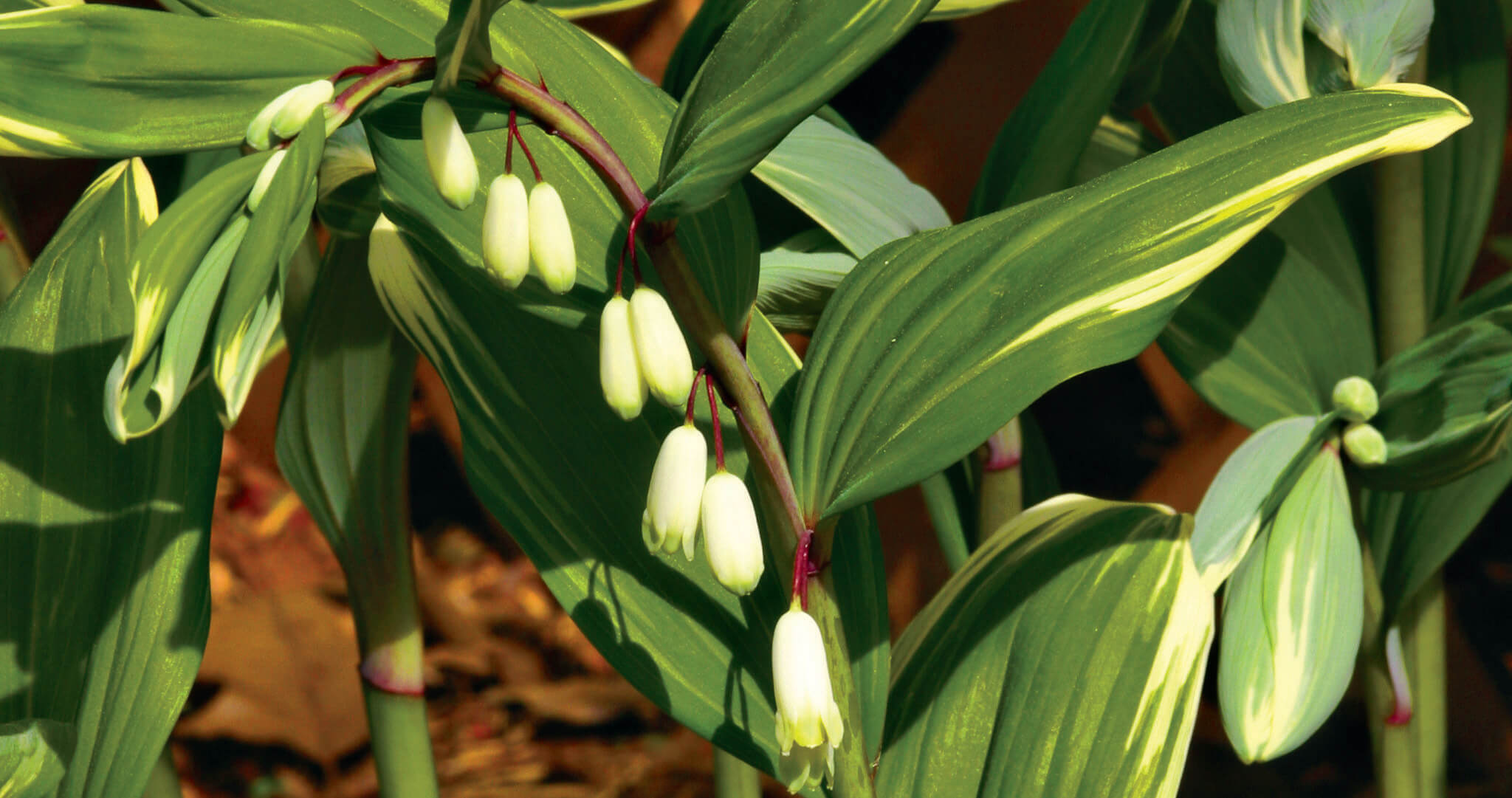 “Graceful” best describes Solomon’s Seal, a pendulous perennial that can add three-season interest to a shady garden. In the spring, its rows of bell-shaped, light green to white flowers dangle in pairs underneath the arching limbs, which, even when not in flower, add elegance to the summer garden. In late summer, blue, fleshy berries hang from the curved limbs, and then, the foliage salutes the coming autumn by turning a pleasing butter yellow.

This pretty plant gets its name from the round, sometimes oval, scars on the rhizomes at a point just above ground where the stems originate. The scars are swirls of lines, and, with some imagination, resemble the wax seals ancient nobility such as King Solomon would have used to authenticate a document.

Solomon’s Seal is a collective name for dozens of species growing in North America, Asia, and Europe. One of the more common — the native Polygonatum biflorum — inhabits the woodlands of our state as well as other parts of the eastern United States and makes a flowing statement in cultivated gardens with pendulous branches reaching up to three feet tall and three feet wide.

And if your shady nook is in need of some color variation, the widely available variegated Solomon’s Seal (P. odoratum ‘Variegatum’) is the answer. Of similar stature and form as our native Solomon’s Seal, this Eurasian import has cream-colored streaks along the lengths of each leaf, which help to break up the sea of green that is common in Southern shade gardens.

In ideal growing conditions, Solomon’s Seal will slowly colonize to form masses of arching, eye-catching plants. Such conditions include an acidic, rich medium with a strong organic base to help retain an even supply of moisture and a site located in part to full shade.

To Do in March

Rejuvenate: annual vegetable and flower beds by tilling them. While the dirt is being turned over, it’s a good idea to mix in liberal amounts of compost, leaf mold, or other decayed organic matter to help improve the tilth, adding natural nutrients into the soil.

Temperature: If you’re planning to till garden soil, grab a handful of dirt first and squeeze it. If it holds together in a tight ball, it’s too wet, and if you turn the soil over in that condition, your first harvest of the season will be a bumper crop of dirt clods.

Trim: Prune summer beauties such as althea, buddleia, vitex, crape myrtle, and pomegranate at the beginning of March to stimulate more flower production later in the growing season.

Conservative Cutting: Easy on the pruners. Not all trees and shrubs benefit from a spring shearing. Wait to snip early-blooming beauties such as azalea, camellia (Camellia japonica), Carolina jessamine, forsythia, flowering quince, spirea, viburnum, mock orange, weigela, and Oriental magnolia until after their flowers have faded.