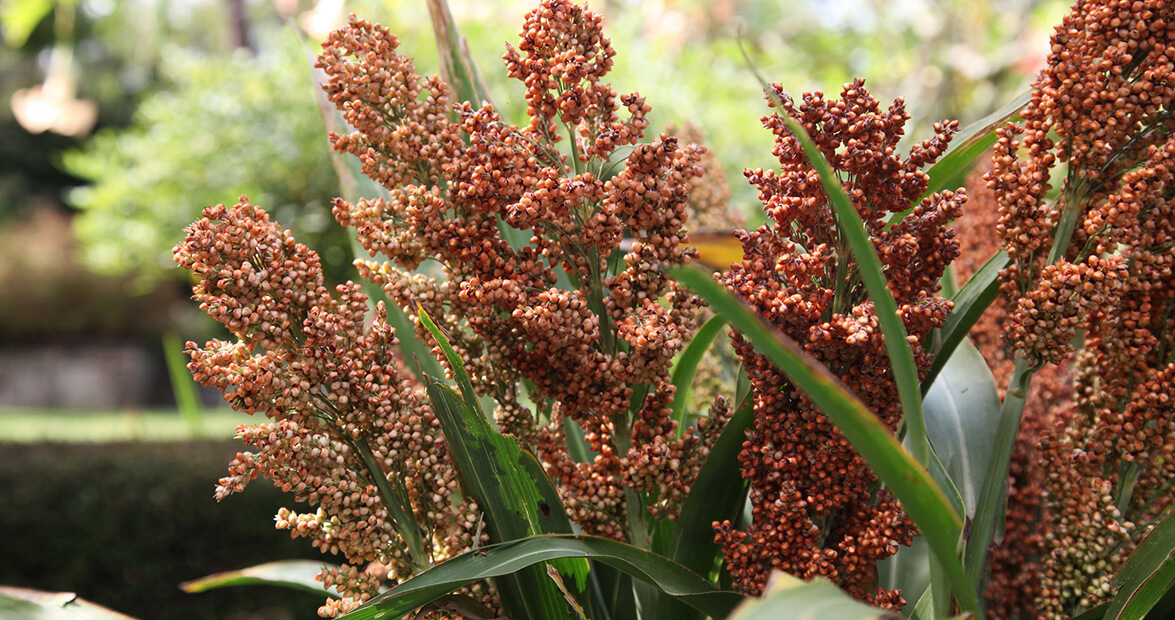 Whenever my mother made biscuits, she placed a jar of sorghum syrup in the center of the table. Tradition called for us to slap a big pat of soft butter on a saucer, pour the amber elixir over it, and use the backs of our forks to mix the two. Then, we opened our hot biscuits, and the grown-ups would put each half on their respective plates, slather one with sticky goodness, and eat it properly with a fork. But I was allowed to eat my biscuit out of my hand. Melted butter and syrup ran down my fingers, making a sticky mess. I was further indulged by being allowed to lick my fingers clean.

“It’s got a whang to it,” my mother often said, describing sorghum syrup’s distinctive taste: an initial, intense note of sweet, followed by a sharp sour and the faintest twinge of bitter, although not brackish like blackstrap molasses. Sorghum’s flavor contains a buttery depth, which I like to call Appalachian umami.

If, like me, you were born in the Southern Appalachians, you also know that sorghum syrup tastes of home and hollers. It tastes of gold-and-crimson autumn, and a wood fire under an evaporating pan, the air filled with the laughter of children and the talk of neighbors. It tastes of community and tradition. And once you understand its history and persistence in the Mountain South, you will understand that sorghum syrup also tastes of independence.

As I grew up, I discovered that friends without mountain roots didn’t know about sorghum molasses. They assumed I was talking about the jars labeled “molasses” that lined grocery shelves, and those who’d had a bad experience with blackstrap were having none of it. Although sorghum and molasses — a byproduct of sugar production — share a common note of caramel at their base, the similarity ends there. Molasses is simply sweet. Meanwhile, sorghum syrup tastes complex, pairing well with many spices, liquors, and other flavors. 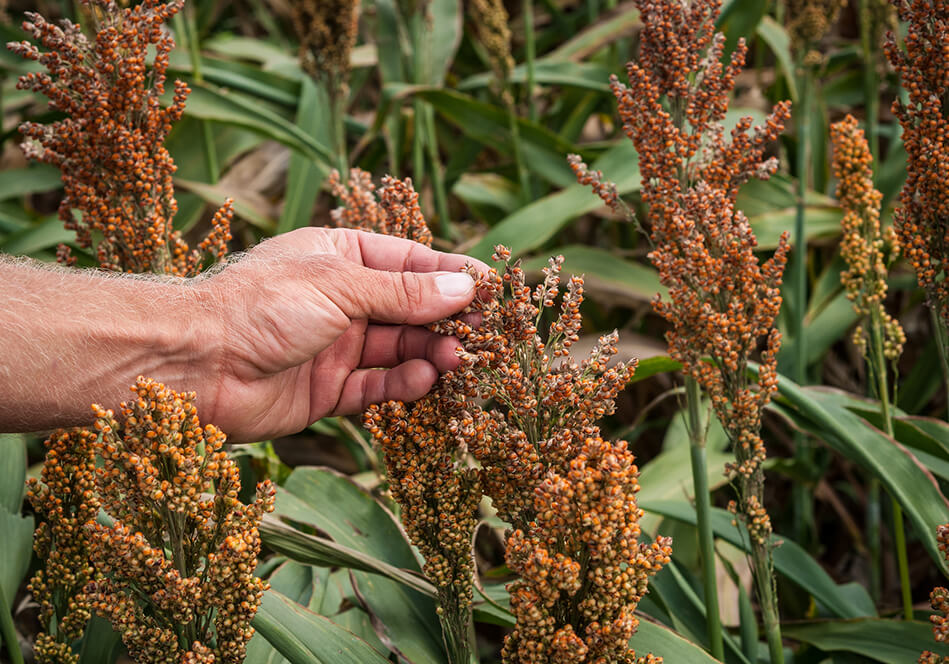 The process of converting sorghum stems to syrup is a labor-intensive tradition shared by generations of mountain families. photograph by Dan Routh

Sorghum syrup’s versatility has inspired many contemporary chefs to experiment with the ingredient. At Rhubarb in Asheville, Chef John Fleer discovered Muddy Pond Sorghum (made in middle Tennessee, but sold in North Carolina by Mast General Store) when he was establishing an Appalachian menu at Blackberry Farm Inn in Tennessee (now Blackberry Farm). Fleer remembers finding a jar labeled “sorghum molasses” on the shelf of a general store. He almost passed it by, the memory of the medicinal taste of blackstrap molasses making him shudder. But he was curious, so he bought some, opened it, sniffed, and tasted: “It was a revelation.”

Fleer uses the syrup extensively in desserts, with vegetables, and in glazes for roasted ham, quail, and duck. He mixes vinegar with sorghum syrup in a dressing for green beans. A jar holds a place of pride at the Rhubarb bar, which sometimes serves a spruce beer infused with sorghum, and several seasonal sorghum-kissed cocktails.

“People had to come together. A sorghum boil is like a barn-raising.”

Jay Pierce, a well-known chef in Greensboro, has a couple of cases of sorghum syrup stashed in his kitchen. The story of sorghum syrup, he says, is also part of its appeal: “Sorghum is indicative of the way rural America used to be structured. People had to come together. A sorghum boil is like a barn-raising in that respect. You might have a field planted with the cane, and then you’d harvest it and bring it to your neighbor’s. They’d have the mill and the mule. And you’d put your cane in and it would be mingled with your neighbor’s, and then the syrup would come out and it would be divided again among the people there as one sorghum.”

This camaraderie, Pierce says, gives the flavor of sorghum syrup “an almost alchemical aspect, a taste of community and cooperation.”

Sorghum is not native to North Carolina. An ancient grain originating in Africa, it later traveled to India and China. It was eaten as a cooked porridge, used to make breads, and fermented to make beer. Historians think that grain sorghum was brought to the Americas to serve as cheap, familiar food for enslaved Africans, and to be used as animal feed.

It wasn’t until the early 1800s that records show sorghum cane being grown for its sweetness. European growers discovered that a few strains of sorghum grew on stalks that were filled with a sweet juice, similar to that found in sugar cane.

Soon the seeds for this sorghum cane reached the United States, where American growers were equally interested in breaking the grip of the Southern sugar cartel, but some for more than agricultural reasons. In the Northern states and in the Union-leaning parts of the Mountain South, sorghum cane promised a way to diminish the profits of the sugar plantations, and in turn, potentially abolish slavery.

Historian David Shields notes that by 1857, sweet sorghum cane was being grown across 20,000 acres of the United States, from Minnesota to Georgia. However, growers who envisioned sorghum cane spawning a sugar industry soon discovered that when heated, sorghum produced a sweet syrup, as sugar cane did, but it was unreliable as a source of crystals. When sugar beets were developed as an inexpensive and hardy alternative, sorghum cane was largely abandoned, except as a source of homemade sweetener on small family farms, mostly in the Appalachian South.

These days, Encouraged by chefs and funded, in many cases, by payouts for tobacco, many small farmers are considering sweet sorghum syrup as a potential replacement.

For instance, you can find Doug Harrell’s sorghum syrup molasses, made at his family’s 200-year-old homestead outside of Bakersville, on the shelves at a number of Ingles supermarkets in western North Carolina. Where I live in the Toe River Valley, a farmer hosts a sorghum party at his farm every autumn. I called him, and we talked for a bit about the tradition. In his silky accent, the farmer said he’d learned the craft from his father, and his father before him. He invited me to come out the next fall, and I asked him if he’d let me buy a jar or two before then.