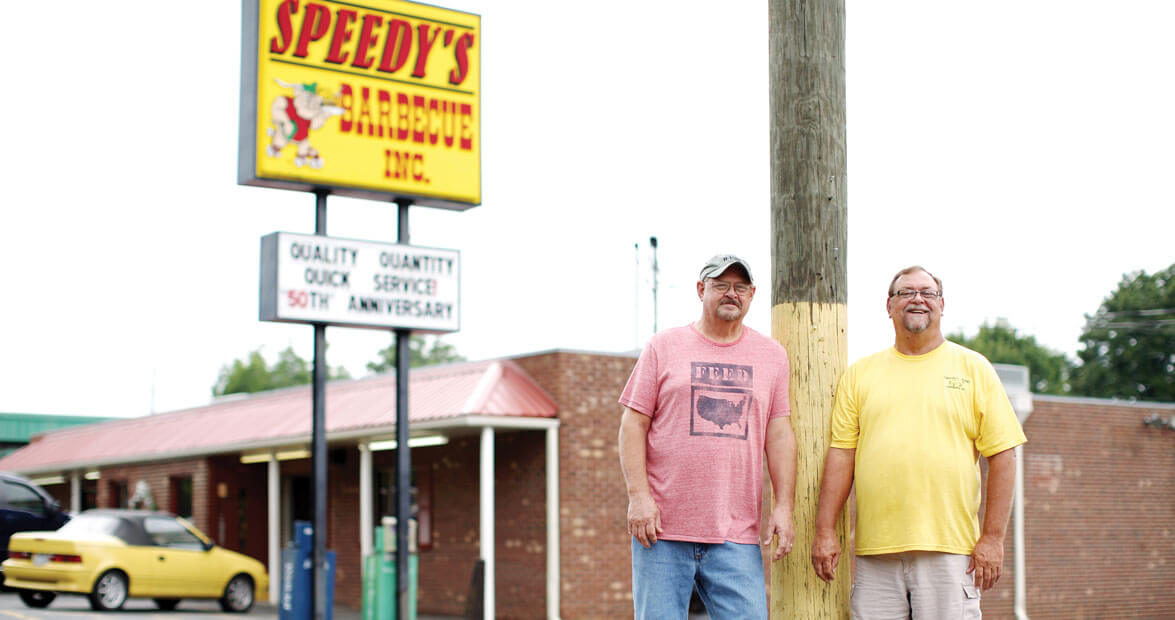 His usual spot is a booth along the wall. That’s where Gerry Burchfield feels most comfortable on his twice-weekly trips to Speedy’s Barbecue in Lexington.

He’s sitting there now, using a crumpled paper towel to wipe deep orange sauce from the corners of his mustache. The tabletop before him is littered with what’s left of his lunch, including a handful of crinkle-cut fries from an order so big they came piled on a separate plate.

Burchfield wears a leather motorcycle vest with patches for the Patriot Guard Riders, an organization of riders who attend funerals of fallen soldiers to pay respect. He’s a veteran himself. He served in Vietnam as a Marine gunnery sergeant, a position that contributed to his post-traumatic stress disorder.

He eats at Speedy’s before attending counseling sessions at the V.A. hospital in Salisbury.

“This is one of the very few places I can walk in and be OK,” he says. “Usually around crowds I’m not good, but I’ve never had an issue here, even if it’s crowded. It’s almost like coming home.” 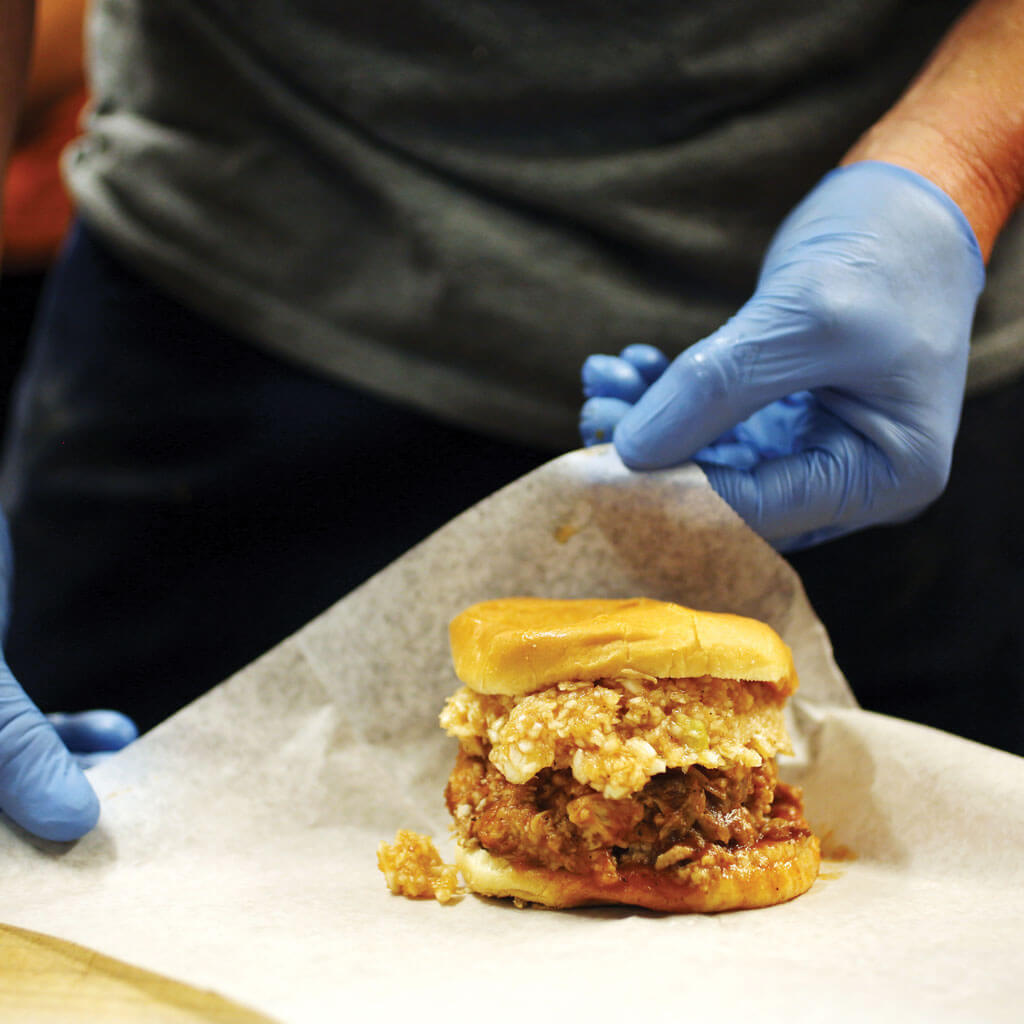 A sandwich is something serious at Speedy’s, where Super Pig watches the front door. photograph by Travis Dove

Speedy’s feels comfortable because everything’s so familiar. The restaurant’s been here since 1963, when Paul “Speedy” Lohr opened it as a drive-in.

The current owners, brothers Roy and Boyd Dunn, have been with Speedy’s from the start. Roy started working at the restaurant in the early ’60s, when he ran orders to cars waiting outside. His younger brother, Boyd, joined him a few years later.

In the early ’70s, Lohr sold the business to Roy and a cousin, whose stake in the business Boyd eventually bought. The Dunn brothers have run Speedy’s together since 1978.

Roy runs the kitchen, where he calls out orders. “Two baskets of fries. A barbecue sandwich, extra slaw.” Behind Roy, his two sons and a grandson lead the crew assembling plates. Nearby, the pork cooks slowly inside five electric cookers that look like giant rotisserie ovens.

In the back dining room, family touches are everywhere. The quilts — simple and small, maybe three feet on each side, and just slightly faded from years hanging on the wood-paneled walls — were made by the brothers’ mother, who passed away about a year ago. Now the quilts serve as memorials to her.

The Dunns pride themselves on the sheer magnitude of food that lands on each table. They want to make sure customers get what they pay for, so the portions are staggering.

At the booth closest to the front door, two women sit with their canes leaned against their seats. One asks for a small order of onion rings, but when a mound of crispy amber circles arrives a minute later, she’s surprised.

“Good Lord,” she says. “That’s the largest small I’ve ever seen. I’m gonna need a box for sure.”

Roy, watching from his perch just inside the kitchen, smiles.

“It’s a pleasure to feed people,” Roy says. “We do it for more than the money. We’d do it for free if we could.”

Back out in the dining room, one of Speedy’s longest-serving waitresses is gliding from table to table. Dawn Stover, in a hot pink T-shirt and a brown apron, knows most of her customers by life event if not by name. Over there in the corner is the man who lost a lot of weight while he was in the hospital, she says. Two booths down are a husband and wife who come for lunch once a week now that they’re retired.

“I try to make it all about them,” Stover says bashfully, “but of course they turn it around, wanting to know about my family and my children. When they don’t come, you miss them. You know?”

About a third of the restaurant’s customers never come inside, opting to pull up to a redbrick wall outside for curb service instead. A sign, hand-painted on a thick white piece of plywood, reads, “Sound Horn for Service.” There are four cars idling, but not one driver honks.

“The boys are supposed to be there before you have to blow the horn,” Boyd says. “We’re not rushing the customer. We just want to rush the food to them.”

Sure enough, a couple of teenagers in basketball shorts and sneakers come busting through the metal storm door, white paper bags in hand.

The drivers, eagerly unwrapping the barbecue, are in no hurry to back out and hit the road again. They take their time because they’re comfortable at Speedy’s.